COA: BCDA failed to collect P2.6B from Megaworld for BGC project in 2020 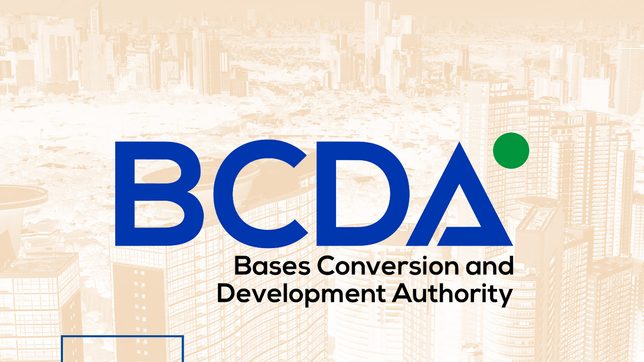 Facebook Twitter Copy URL
Copied
(2nd UPDATE) The BCDA says it 'has resolved its long-standing dispute with Megaworld' after the company paid the BCDA P4.127 billion – the amount due plus interest – in August 2021

The Bases Conversion and Development Authority was not able to collect P2.6 billion or three years worth of remittances from developer titan Megaworld as of March 2021, based on a 2020 audit report of the Commission on Audit on the BCDA.

“[BCDA] was not able to collect from Megaworld the Minimum Annual Secured Revenue Share (MASRS) of P873.414 million each for Calendar Years 2018 to 2020, totaling P2.620 billion…depriving BCDA of valuable cash inflows that could be invested in high yielding treasury notes,” COA said in its 2020 audit report on the agency.

BCDA is a government-owned and -controlled corporation (GOCC) tasked to attract investments in development and infrastructure in military bases and properties, and boost the economy. Megaworld is using a military property in Bonifacio Global City (BGC) for its residential and mixed-use development.

BCDA entered into a joint venture agreement with Megaworld in 2010 to utilize a 34.5-hectare Joint US Military Assistance Group (JUSMAG) property in BGC in Taguig.

Under the agreement, BCDA’s sole contribution to the development is the JUSMAG property while Megaworld will invest a minimum of P22 billion within 20 years to develop it into a residential and mixed-use property.

For use of the government property, Megaworld is supposed to remit to BCDA an annual payment of P873.4 million as revenue share starting 2011. This remittance scheme will last for 19 consecutive years, or until 2029.

Megaworld did not remit its annual payment to BCDA in 2018 and 2019, which COA had called BCDA’s attention to during the 2019 audit. The same thing happened in 2020, bringing the total non-payment to P2.6 billion.

“Our audit for CY 2020 revealed that despite Management’s commitment to exert all efforts to collect the MASRS from Megaworld for the JUSMAG project and the interest due therefrom, the Authority was still not able to collect the MASRS of P873.414 million each for CYs 2018 to 2020, or a total of P2.620 billion,” said the state auditors.

Auditors also found that BCDA also stands to collect P103 million in interest for late remittances in 2011 and 2012.

“[BCDA] failed to furnish the Audit Team any update and document on the current status of the on-going negotiation between BCDA and Megaworld, despite their commitment to continually apprise the team of any development on the issue,” said the auditors.

In its meeting with their resident auditors for the 2020 audit process, BCDA said they were continuously pursuing collection and issued a statement of account to Megaworld on March 4, 2021.

BCDA also hired auditing firm Deloitte to translate to financial terms the proposed dispute parameters, and the computation was approved in December 2020.

“Management has already conducted three meetings with the Office of the Government Corporate Counsel (OGCC) to discuss the report of Deloitte and has recently endorsed the draft Dispute Resolution Agreement (DRA) to OGCC for review,” BCDA said, as reflected in the audit report.

BCDA said in a statement on Friday, September 17, that Megaworld had fully paid the due amount, plus interest, in August.

“The Bases Conversion and Development Authority (BCDA) has resolved its long-standing dispute with Megaworld Corporation since 2011. Megaworld has fully paid the amount due with interest amounting to P4.127 billion to BCDA in August 2021,” BCDA said.

“The Commission on Audit has been duly informed of said remittance,” it added.

Megaworld chief finance officer Francisco Canuto said in a separate statement on Friday, “Through the years, Megaworld has always valued its partnership with the Bases Conversion and Development Authority (BCDA) in nation-building.”

It was also the BCDA which entered into a joint venture agreement with Malaysian firm MTD Capital Berhad to build the New Clark City in Capas, Tarlac, a flagship project for the SEA Games, and which was flagged internally by the OGCC in January 2018 as investigated by Rappler.

COA had also flagged irregularities in the New Clark project in the 2019 audit report of the agency. BCDA has maintained that the deal was cost-efficient. – Rappler.com