Screengrab of Lumad father and his companions at the DSWD Central Visayas.

A Cebu court ordered the Department of Social Welfare and Development (DSWD)-Central Visayas to release a lumad child to her father, saying there was no legal basis for her continued confinement.

Presiding judge Leah Geraldez noted the absence of any factual and legal basis supporting the confinement of the child in the DSWD- VII Crisis Intervention Center.

“The respondents Department of Social Welfare and Development, Rebecca Geamala and Brenda Abilo are hereby ordered to immediately release the minor [child’s name redacted] from custody and return her to the custody of her father [father’s name redacted],” the document read.

Meanwhile, the Integrated Bar of the Philippines (IBP) Cebu City chapter﻿ said it was “pleased to be heard by the courts.” It was IBP Cebu City which filed for the issuance of the writ of habeas corpus of the Lumad child.

“While we continue to adhere to the rule of law, and support the efforts of government to stop lawless elements, we always put paramount importance on the best interest of the child. And today, we are pleased to be heard by the Courts,” said IBP Cebu City in a Facebook post.

Despite the court’s decision, the Lumad child remained separated from her father. Footages of a live video by the Save Our Schools network showed authorities blocking human rights activists from entering DSWD, and questioning the validity of the court order.

Rappler tried to contact DSWD- VII for a comment but has not received a reply as of posting.

The Lumad father first attempted to reclaim his child on February 26. He was allowed visitation time with the child but was barred from taking her home.

Lumad father allegedly denied custody of his child by DSWD In a statement to media, DSWD- VII denied withholding the child from her father. DSWD- VII said the father needed to pass a Parenting Capability Assessment Report (PCAR) before he could be granted custody.

The child is joined by 5 other Lumad children in the facility. They were among the 19 Lumad students taken from a makeshift Lumad bakwit school in the University of San Carlos-Talamban campus during a police raid. The raid was initially touted as a “rescue” operation against unfounded claims of “rebel training”. 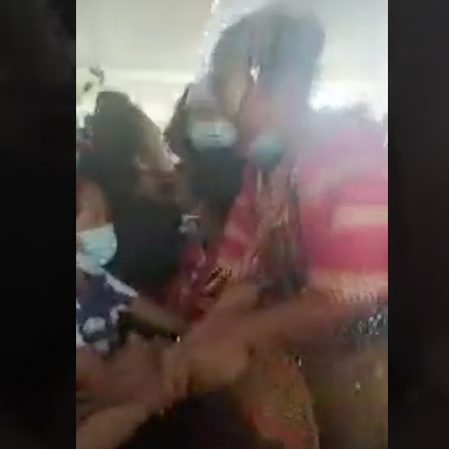 13 students have been sent home, 7 of them were not accompanied by their parents.