‘No more time:’ DOJ slammed for ‘circling around’ unionist slay 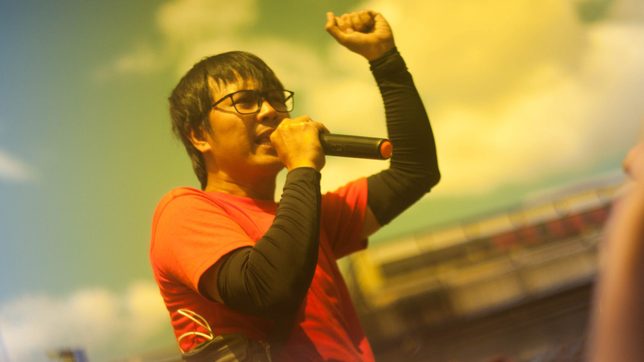 Dandy Miguel, a unionist, was shot dead on March 28, 2021, in Barangay Canlubang, Laguna.

Facebook Twitter Copy URL
Copied
The Department of Justice will do a preliminary assessment on the death of Dandy Miguel, and will report 'at the proper time' on Bloody Sunday

Activists and unionists in the Calabarzon region slammed the Department of Justice (DOJ) for what they believe is a lack of urgency in the handling of special investigations into rampant killings in the area.

Their vice chairperson Dandy Miguel was shot dead on Sunday, March 28, in Laguna, the 10th Calabarzon activist to be killed this month, following the Bloody Sunday operations in the region on March 7 where 9 activists were killed, and 6 were arrested.

Justice Secretary Menardo Guevarra said they will first do a preliminary assessment if Miguel can be included in the extrajudicial killing (EJK) panel, called the AO 35 task force.

“If there’s any indication that Miguel’s death had something to do with his being a labor leader, the AO 35 committee will include his case for investigation,” Guevarra told reporters when asked Monday.

(It’s insulting to even ask if it’s labor-related when Dandy is sprawled on the pavement with a t-shirt that reads, ‘Fight for wages, jobs, rights.’)

Before he was killed, Miguel led the filing of requests with the Commission on Human Rights (CHR) to protect fellow unionists who were surveilled, harassed and threatened. Miguel was also coordinating some of the legal steps for the Bloody Sunday victims.

Elmer Labog, chairperson of KMU, says the DOJ is circling around the case, fueling impunity.

(That’s why there are so many immoral people. Instead of investigate and give justice immediately to the victims, they do a lot of hand-washing and going in circles.)

“We respect their sentiments. We’ll just do what we have to do. In any investigation, the agency concerned has to determine first and foremost whether it has proper jurisdiction,” said Guevarra.

Nonoy Espina, former chair of the National Union of Journalists of the Philippines (NUJP), said the DOJ should “work backwards.”

“Given the sheer number, they ought to work backwards, presuming the killings as political unless proven otherwise. Same approach we take with media killings,” Espina said on Twitter.

Guevarra said the preliminary assessment on Miguel has “fair chances” to be done this week.

Guevarra could not give an update on the investigation into the Bloody Sunday killings, even if the assailants are already known. The 9 activists were killed by policemen serving search warrants.

“The SITs (special investigating teams) created by the DOJ are at work. They will render their report at the proper time,” said Guevarra.

The AO 35 panel has a poor track record, getting only 13 convictions out of the accumulated 385 cases it has handled since the time of former president Gloria Macapagal-Arroyo. There is also a mismatch in what are considered EJKs because rights groups claim there were more human rights defenders killed in this time frame. But out of 385, perpetrators in a third of the cases, or 127, were cleared, with at least a dozen of them involving state agents.