We are independent, asserts Comelec as Calida hits MOA with Rappler COMELEC-RAPPLER MOA. Acting Comelec Chairperson Socorro Inting delivers her keynote speech during the signing of a memorandum of agreement between the Comelec and Rappler for the 2022 elections. 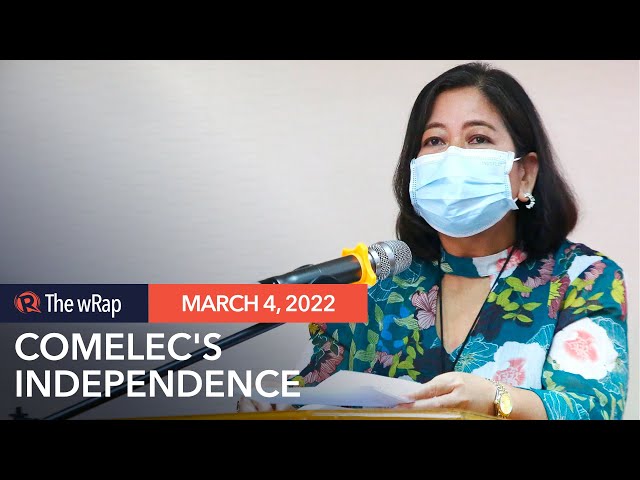 MANILA, Philippines – The Commission on Elections (Comelec) asserted on Friday, March 4, that it is an independent body. This was in reaction to the chief government lawyer’s threat to take legal action if the Comelec does not withdraw from its fact-checking agreement with Rappler for the 2022 elections.

“With respect to Rappler, we received an advisory from the Solicitor General, and we are still studying our options because I would like to emphasize that Comelec is a constitutional body and an independent body,” acting Comelec Chairperson Socorro Inting said in a press briefing on Friday. 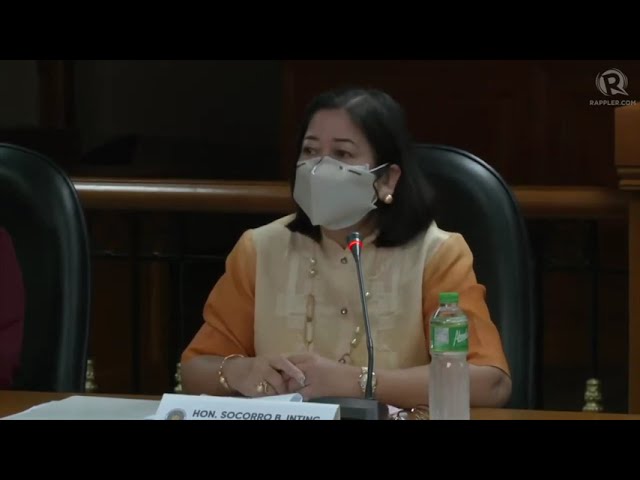 Solicitor General Jose Calida gave the Comelec until Friday, March 4, to rescind the memorandum of agreement (MOA) with Rappler and warned that his office “may have to file the necessary case in court to declare the nullity of the MOA by March 7.”

Under the agreement, Rappler will mobilize its network of fact-checkers, through the #FactsFirstPH initiative, which is a collaboration among 14 newsgroups and over 100 civil society organizations. Rappler, for instance, should alert the Comelec about false and misleading election-related claims on social media.

Rappler will also create content on voter education and embed the poll body’s online precinct finder on the news website. Inting’s statement on Friday is consistent with the Comelec’s defense of the fact-checking agreement sealed earlier this week, with spokesman James Jimenez asserting that Rappler is “not getting special information that would not be available to any other media networks.”

Calida and the campaign team of presidential aspirant Ferdinand Marcos Jr. were in sync on Monday, February 28, in denouncing the Comelec and Rappler’s partnership. Both falsely claimed that Rappler is a foreign entity. 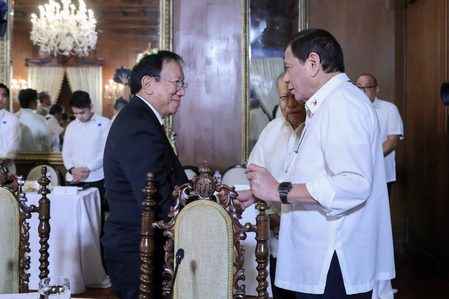 Calida, who campaigned for Marcos during his failed 2016 vice-presidential bid, cited a closure order by the Securities and Exchange Commission (SEC), to argue that the news organization “does not have any legal personality to perform any corporate act, let alone enter into a MOA with the Comelec for the upcoming 2022 elections.”

But Calida is mistaken, because the SEC said in 2018 that Rappler can run its business as usual until its order becomes final and executory. The Court of Appeals has not resolved the case and Rappler continues to operate.

Rappler, in a statement, also blasted Calida for his claims that were “fraught with falsehoods, innuendos, and hallucinations.”

Calida has a history of using the resources of his office to go after perceived critics of the Duterte administration. He initiated the SEC investigation into Rappler, and pushed for the shutdown of media giant ABS-CBN via quo warranto in 2020. That petition was dismissed for being moot because ABS-CBN Corporation’s franchise had already expired on May 4, 2020.  – Rappler.com