Facebook Twitter Copy URL
Copied
In January, the Comelec erroneously claimed that Tiburcio Marcos' petition had been junked, even though it was still unresolved by the 2nd Division at the time

MANILA, Philippines – The Commission on Elections (Comelec) confirmed on Tuesday, February 8, that the 2nd Division has thrown out a petition filed by “nuisance” presidential aspirant Tiburcio Marcos, which sought to cancel the certificate of candidacy of ousted dictator’s son Ferdinand “Bongbong” Marcos Jr.

An updated matrix of cases against Marcos Jr.’s 2022 bid, which was released by the poll body to the media, indicated that a notice and order dismissing the petition has been sent to both Tiburcio and Marcos Jr.’s camps on January 31.

Comelec Spokesperson James Jimenez erroneously said on January 4 that the poll body had junked Tiburcio’s petition, which echoes the urban legend that Ferdinand Marcos Jr. is an impostor.

He corrected that pronouncement on January 25, saying “clearly an error was made saying that it was already disposed of because it’s with the division right now.”

The November 3 petition by Tiburcio is probably the most offbeat of all the legal challenges against Marcos Jr.’s presidential bid.

While other petitions cited Marcos Jr.’s tax conviction as the basis for his exclusion from the race, central to Tiburcio’s petition was the conspiracy theory that the current Bongbong Marcos is an impostor, and the real one is dead.

Tiburcio alleged that Marcos Jr. made a deliberate attempt to mislead the poll body, and then urged the Comelec to nullify his certificate of candidacy. 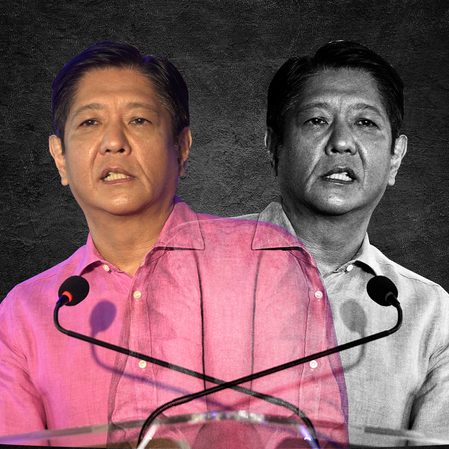 For the record, Marcos Jr. addressed and debunked the urban myth in a vlog in May 2021.

Tiburcio, who claims to be the “only legitimate son” of the late former president Ferdinand Marcos, submitted his candidacy papers for president in October, but Marcos Jr. also filed a petition asking the Comelec to declare Tiburcio a nuisance candidate.

The poll body later nullified Tiburcio’s candidacy on the basis of his being declared such and excluded him from the final list of candidates. – Rappler.com