In Comelec’s updated tentative list, presidential bets down to 15 The number of presidential aspirants for the 2022 elections decreased significantly after the Commission on Elections (Comelec) removed names of nuisance candidates on its tentative list of candidates for the May 9, 2022 vote. 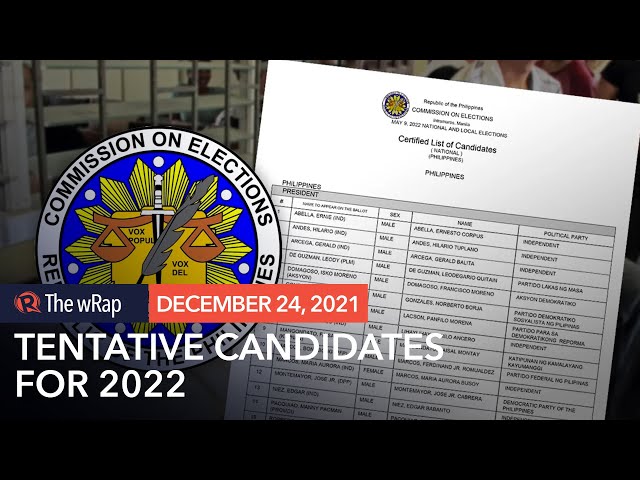 From 97 people who filed their certificates of candidacy (COC) back in October, there were only 15 aspirants for the country’s top post as of Thursday, December 23.

In alphabetical order, they are:

The number of vice presidential aspirants has also been reduced from 27 to 9. Davao City Mayor Sara Duterte-Carpio, who filed for substitution on November 13, is already part of the lineup.

There are, meanwhile, now 70 senatorial aspirants, down from 174 filers in October. President Duterte, who withdrew his candidacy on December 14, is no longer part of the list.

The Comelec was supposed to issue the final list of candidates on December 15, but the poll body delayed the release “by at least two more weeks” due to “a number of unresolved nuisance cases.”