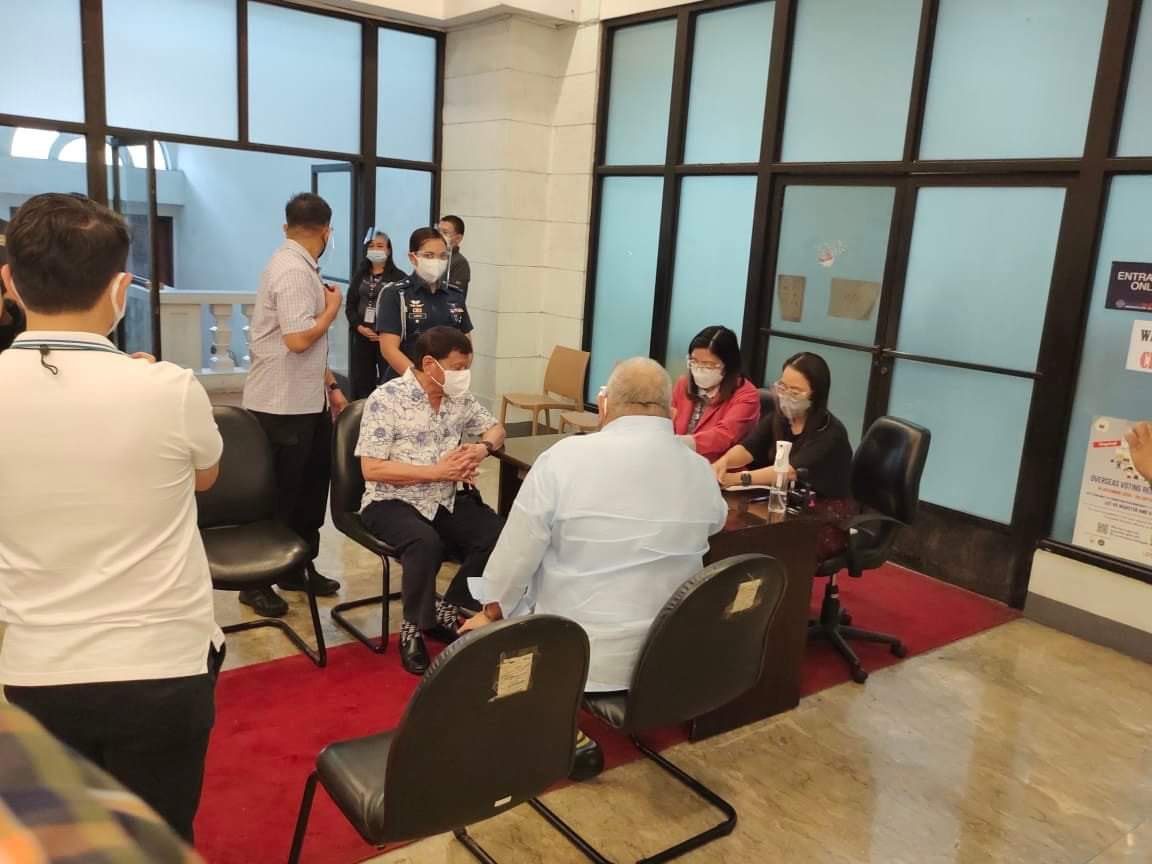 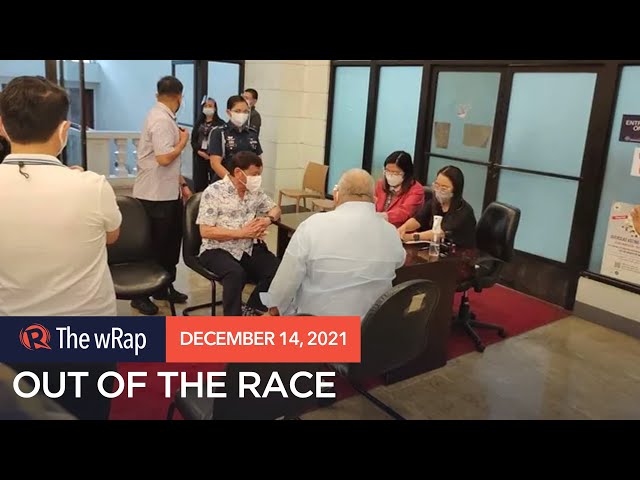 President Rodrigo Duterte – whose mind has run back and forth between gunning for public office in 2022 and retiring from politics – has decided not to pursue his candidacy for senator in next year’s elections.

The President personally filed his statement of withdrawal with the Commission on Elections (Comelec) on Tuesday afternoon, December 14, just hours after his longtime aide, Senator Christopher “Bong” Go, officially backed out of the presidential race.

Duterte’s withdrawal papers indicated he prepared to back out of the race as early as December 11, or three days before his daughter formally backed his Senate aspirations.

Duterte now plans to retire from politics after his presidency, according to Malacañang.

“After over four decades in public service, the President plans to retire from government to spend more time with his family when his term ends in June 2022,” said Acting Presidential Spokesperson and Cabinet Secretary Karlo Nograles in a statement.

Dropping his Senate bid will also allow him to “better focus” on the government’s pandemic response and ensure “transparent, impartial, orderly, and peaceful” May 2022 elections, added Nograles.

The deadline for substitution of candidates who voluntarily withdrew from the race was on November 15, which meant that the post vacated by Duterte as a senatorial aspirant from Pederalismo ng Dugong Dakilang Samahan (PDDS) can no longer have a substitute.

He can also only substitute for a candidate until midday of election day if that person has the same surname, and if he or she involuntarily withdraws from the race, by reason of death or disqualification.

Duterte and his allies first floated the idea of a potential vice presidential bid in May, partly because he wanted to protect himself from legal accountability once he leaves Malacañang in 2022.

But after pre-election surveys showed him trailing in the race, Duterte announced in October that he would retire from politics completely after his term ends.

However, in a buzzer-beater move, the President filed his candidacy for senator via substitution on November 15 instead. – with a report from Pia Ranada/Rappler.com