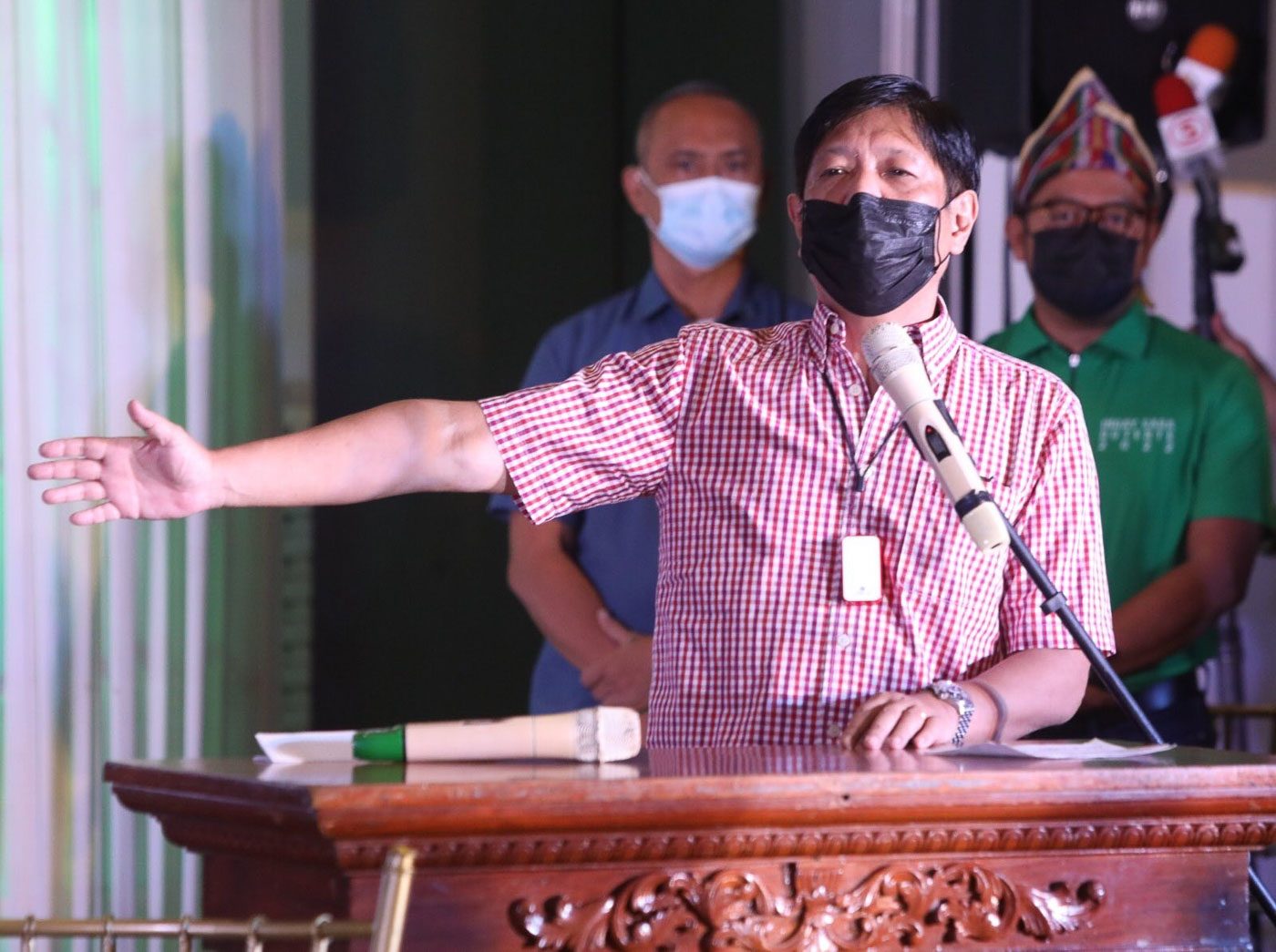 MANILA, Philippines – The issue of cocaine use was brought up again Tuesday, January 25, as Ferdinand “Bongbong” Marcos Jr. attended the third of his five media interviews this week after receiving backlash over his snub of GMA News veteran journalist Jessica Soho.

Marcos has been hounded by this issue ever since President Rodrigo Duterte said that a candidate with a famous father uses cocaine. Marcos responded by showing negative drug tests.

Asked by DZRH panelists if he has ever used drugs even in his youth, Marcos replied, “Ako? Ay hindi ako puwede sa ganyan.” (Me? Oh, that’s not permissible for me.)

(I’m doing so much, that kind of lifestyle is only for those doing nothing, those who are jobless.)

In the same interview, Marcos said he would support the legalization of marijuana for medical purposes, citing studies backing therapeutic claims.

In his interview with entertainment host Boy Abunda Tuesday evening, Marcos said he would pivot the war on drugs to a “focused” strategy, where rehabilitation is given premium and “addicts are treated like patients in need of a cure.”

Marcos said he would focus on hunting big-time dealers, adding that drug use “only becomes a crime when you’re involved in the sale.”

President Rodrigo Duterte’s bloody war on drugs has targeted small-time drug users and has killed over 30,000 Filipinos, many of them poor.

Duterte’s remarks about the cocaine-using candidate have highlighted the double standard of his bloody campaign, where poor users end up dead without due process, while a person he’s accusing of using cocaine can become a presidential candidate.

Duterte’s remarks have put the pressure on Malacañang to make good on promises of investigating everyone with drug links.

However, Marcos has teamed up with Duterte’s daughter Sara. Although Duterte has not endorsed Marcos yet, and has even called him a weak leader, the Sara Duterte factor makes current ties more complicated. – Rappler.com