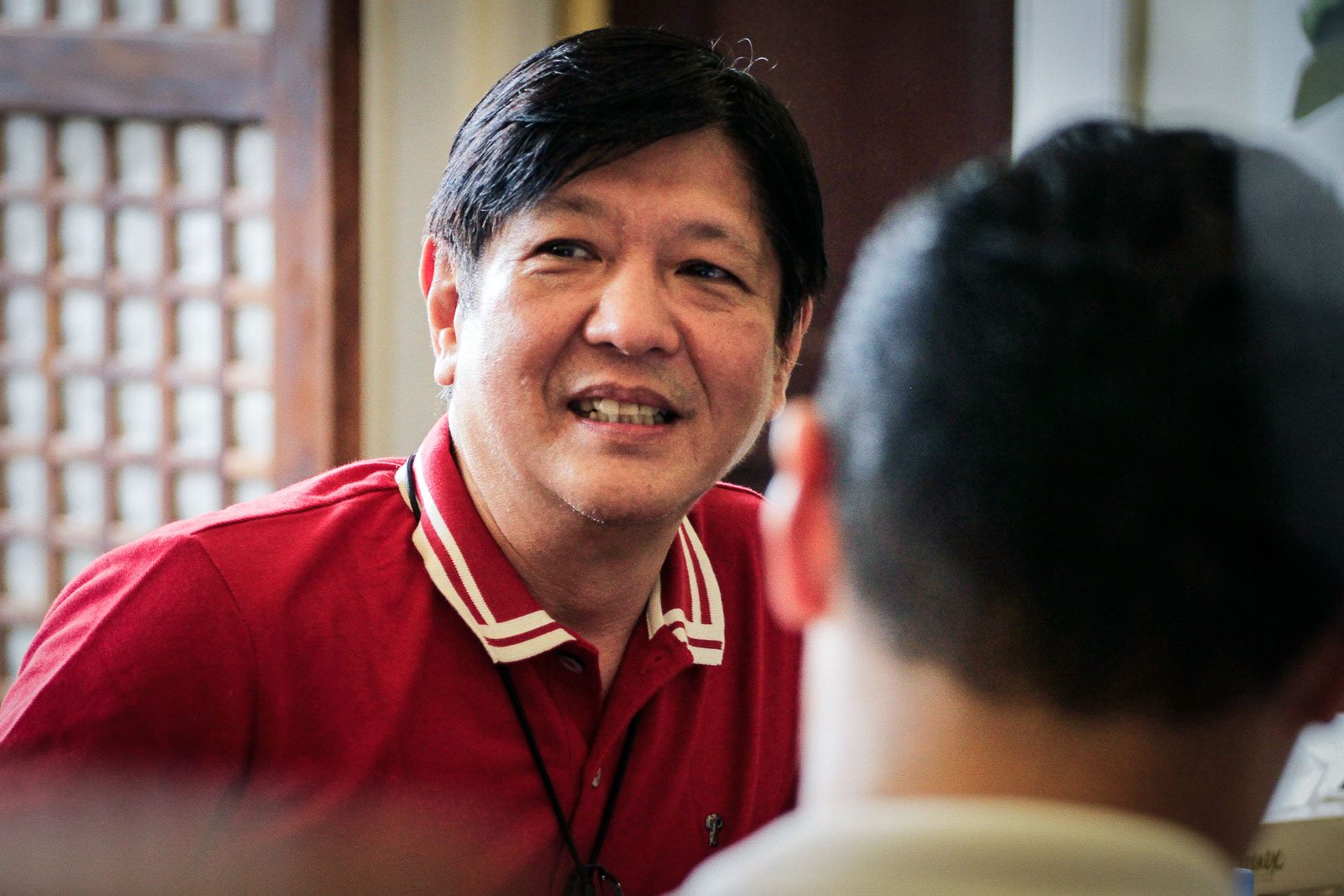 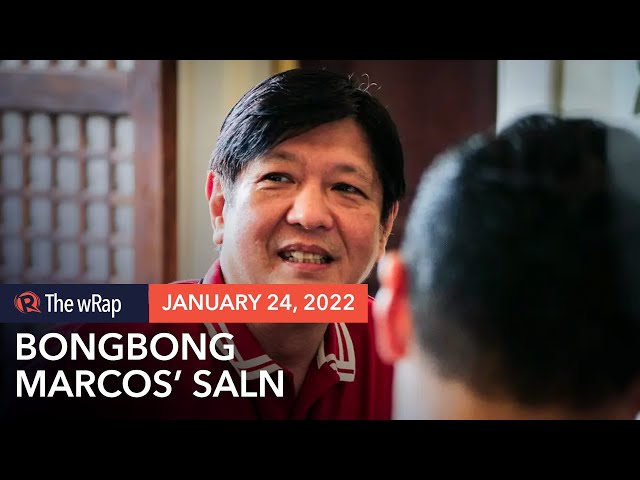 MANILA, Philippines – Presidential aspirant Ferdinand “Bongbong” Marcos Jr said on Monday, January 24, that he will not be publicizing his Statements of Assets, Liabilities and Net Worth (SALNs), making him the only one out of the top presidential bets to refuse to release this document.

(Every politician has a rival, they will always find something, they will create an issue out of nothing. My prime example is Corona, there was no issue but he was ousted.)

Marcos was referring to the late former chief justice Renato Corona who was ousted by the Senate in 2012 over misdeclarations in his SALN. Marcos was among the only three senators who voted not to oust him, the other two being former senators Joker Arroyo and Miriam Defensor Santiago.

Other aspirants for the presidency, Senator Panfilo “Ping” Lacson, Manila Mayor Isko Moreno, Senator Manny Pacquiao, and Vice President Leni Robredo are in favor of publicizing SALNs. The four all said “yes” to publicizing SALNs when asked during a segment of GMA News special The Jessica Soho Presidential Interviews that aired Saturday.

President Rodrigo Duterte has refused to publicize his SALNs, and the ombudsman he appointed, Samuel Martires, issued a new rule that SALNs will no longer be made public unless the official consents to it. Since that rule, Robredo has been releasing her SALNs on her own.

“Publicizing it will not help,” said Marcos.

Marcos was interviewed on Monday by CNN Philippines, DWIZ, Philippines Graphic, Business Mirror, and Pilipino Mirror, which make up the ALC media group. The interview was promoted by pro-Marcos and pro-Duterte social media personality Trixie Cruz-Angeles, following the backlash Marcos received for snubbing Soho and calling the muti-awarded journalist “biased.”

The full interview was uploaded past 3 pm Monday. It was supposed to be live, but Angeles later said they were forced to do a delayed telecast because of connectivity problems.

In an interview with One News Monday evening, Marcos flip-flopped and said “I’m perfectly willing to release [my SALN].”

The question asked of him in the earlier ALC panel interview was straightforward: Will he publicly release his SALN? Marcos Jr answered at length about how SALNs can be weaponized and should be only shown to investigators. Marcos was pressed if he thinks it’s justifiable for the Ombudsman to restrict media access to SALNs, to which he said “yes.”

By the end of the back and forth, he was asked again if he will release his SALN just like Robredo did. “You give me somebody’s SALN, mahahanapan ko ng issue ‘yan kung talagang gusto ko (I will be able to find an issue if I really want to).”

Hours later on One News, as anchor Maricel Halili tried to press further if he will copy Duterte’s style of withholding his SALNs, Marcos said: “I already answered that, I’m perfectly willing to show my SALN.”

What his previous SALNs said

Marcos’ previous SALNs, from 2008 to 2013 at least, showed a steady increase in his wealth even if his declared businesses went in the red.

Rappler investigated his wealth in a report published in February 2015 – at this time the latest available SALN was 2013 because the 2014 SALN was scheduled for filIng April that year.

Rappler found that from a P179.98-million net worth in 2008, Marcos’ net worth grew steadily to P441.997 million in 2013, according to his SALNs. But a check on the companies he declared, through disclosures, showed the Augustus Management Inc, Beldevere Manpower Inc, and NIV Property Holding Inc were operating in the red at the time.

Marcos had been out of government since 2016 when he lost the vice presidency to Robredo.

He began his public service in 1980 when he was elected vice governor of Ilocos Norte. He was in exile in Hawaii from 1986 to 1991. By 1992 he had been elected representative of Ilocos Norte Second District. The only dent in his service was from 1995 to 1998 because he lost his Senate bid in 1995.

He returned as governor of Ilocos Norte in 1998 and served for three terms until 2007, during which he was supposedly an absentee governor, according to residents.

Marcos is the frontrunner for the 2022 presidential elections, according to the latest survey of Pulse Asia conducted from December 6 to 11, 2021. – Rappler.com