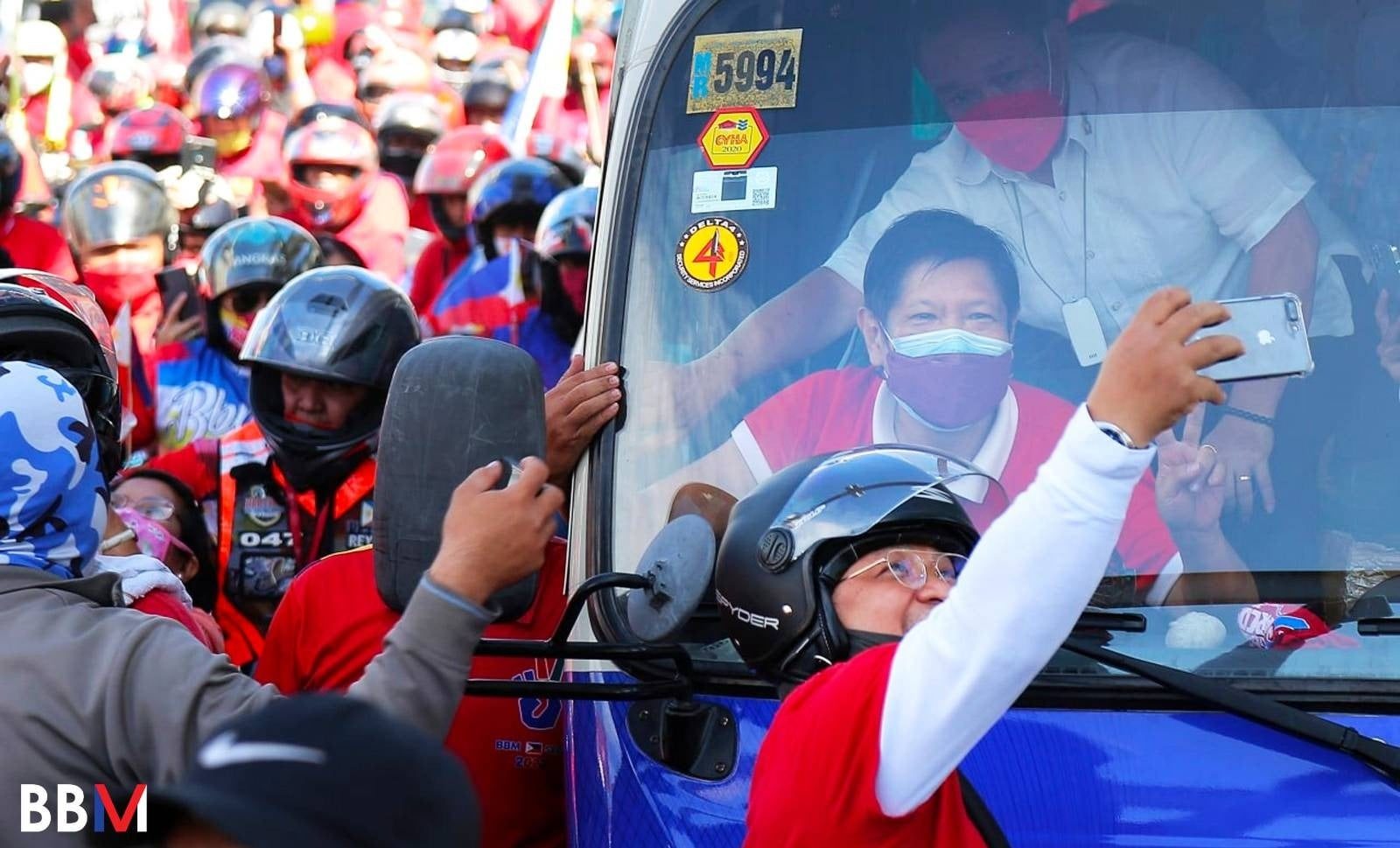 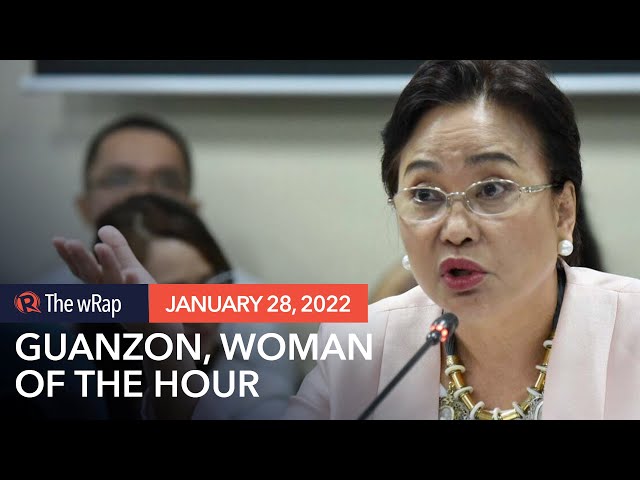 MANILA, Philippines – In voting to disqualify Ferdinand “Bongbong” Marcos Jr as a presidential candidate, elections commissioner Rowena Guanzon said non-filing of income tax returns (ITRs) for four years is a crime of moral turpitude, adding another legal issue for the Supreme Court to settle once this battle goes there.

(He didn’t pay his deficiency tax. He didn’t pay the fines. No matter where you go, left or right, this is moral turpitude. There was an intent to avoid his obligation as a taxpayer.)

Guanzon publicized her vote without revealing what the majority decision was, saying she was compelled to do this unprecedented move because she believed the ponente or writer of the decision, Commissioner Aimee Ferolino, was being pressured by some politicians to delay the resolution. Guanzon retires February 2, and Marcos needs two favorable votes out of three in the First Division to win in that level.

This information is relevant because it goes against the decision of the Second Division in a related petition to cancel Marcos’ Certificate of Candidacy (COC). In the ruling that junked the case, the Second Division said failure to file ITRs is not a crime of moral turpitude. The election code disqualifies a person if they have been convicted of a crime of moral turpitude. 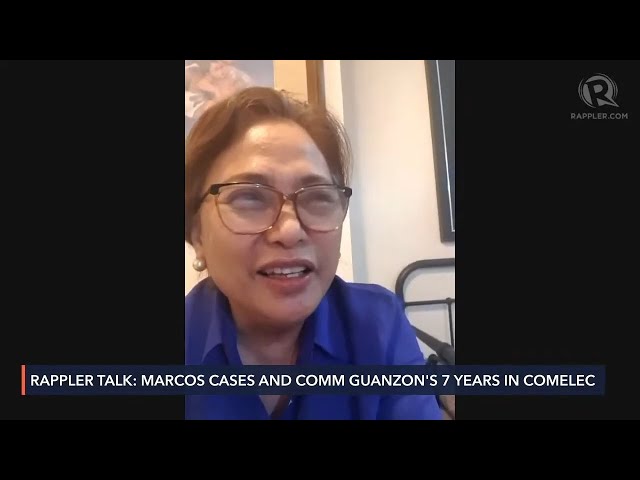 The Second Division’s basis is a 2009 ruling of the Third Division of the Supreme Court involving a case of Marcos Jr wanting to be the executor of his father’s estate. There, the Third Division said “failure to file an income tax return is not a crime involving moral turpitude.”

“[That] paragraph is obiter dictum,” Guanzon said. Obiter dictum is a part of a decision that doesn’t set a precedent. In this case, Guanzon pointed out that the Supreme Court case was about Marcos Jr being an executor of the estate, and the Court had in fact resolved the petition based on procedural law and not substantial law.

Simply put, Guanzon is saying the Supreme Court decided a totally different issue, and its pronouncement on moral turpitude is a mere opinion of the justice and not case law.

Guanzon said Marcos’ failure to file an ITR from 1982 to 1985 is considered willful.

For Guanzon, the lack of a definition of what is moral turpitude gives her the opening to declare that failure to file an ITR in this case is one. 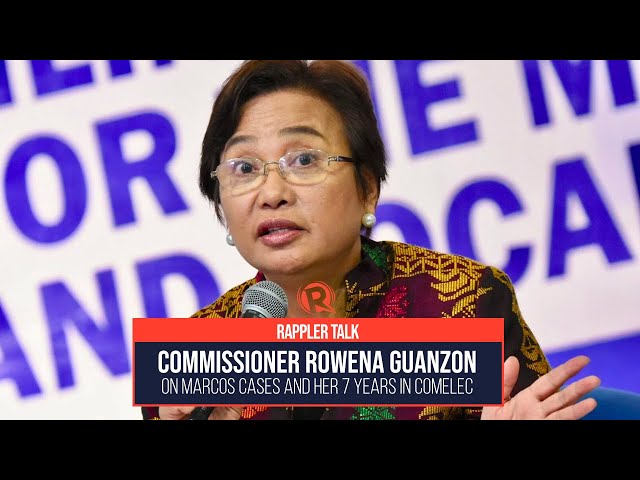 The commissioner also gave weight to the fact that Marcos’ payment of fines and deficient tax, as ordered by the Court of Appeals in 1997, was not made to the trial court. Marcos’ lawyers presented a receipt of the payment to the Bureau of Internal Revenue (BIR) but Guanzon said she could not accept a mere photocopy, and that such photocopy indicated the payment was for lease rental.

(In Australia, a mere violation of the traffic rule is already moral turpitude, they would already cancel your application for citizenship. Here, someone is running for the highest position, he wants tto be president but he did not pay tax four times, he did not pay fines. Can you count on him?)

“Baka hindi pumapasok sa ulo ninyo na convicted siya… Convict siya eh, convict. (Maybe you can’ get it in your head that he’s a convict.) He is really an ex-convict,” Guanzon added. 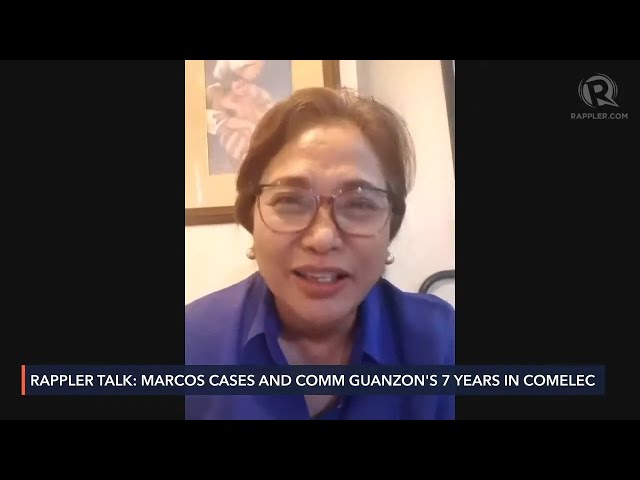 Marcos’ spokesperson Vic Rodriguez declined to give a comment saying until the First Division promulgates and officially releases its decision, all statements are purely speculative.

Whatever the decision is, the Comelec en banc will still have to resolve appeals. They will all go to the Supreme Court after that.

So far, the issue of moral turpitude and the Second Division’s disagreement on the tax code’s accessory penalty of perpetual disqualification are two questions of law they would potentially settle when they decide Marcos’ fate.

That’s why, Guanzon said, she wants the decision to be released as soon as possible because it would be in the interest of everybody to have the cases go to the Supreme Court early. Election day is May 9.

Marcos’ lawyer for the petition to cancel COC is his father’s solicitor general Estelito Mendoza, while his lawyer for the disqualification cases is M & Associates, the firm of his wife, lawyer Liza Araneta-Marcos.