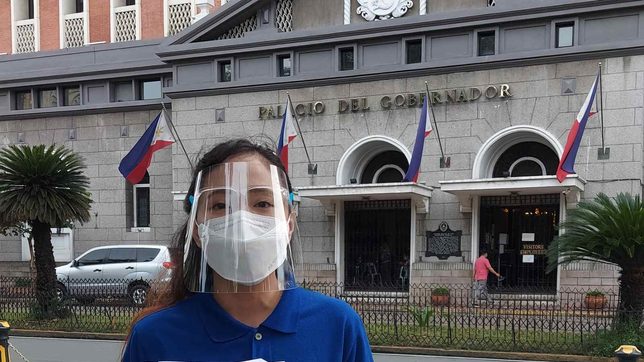 FIGHTING BACK. Kabataan Rep. Sarah Elago files on September 20, 2021 a petition asking the Commission on Elections to junk the cancellation petition against it by the NTF-ELCAC.

Party-list group Kabataan urged the Commission on Elections (Comelec) to dismiss a petition filed by the National Task Force to End Local Communist Armed Conflict (NTF-ELCAC) seeking to bar the progressive organization from participating in the 2022 polls.

Kabataan, led by Representative Sarah Elago, filed before the poll body on Monday, September 20, a 33-page answer to the anti-communist task force’s petition to cancel its registration in June.

“It is respectfully prayed of this Honorable Court [to] order the immediate dismissal of the instant petition for failure to state a cause of action, absence of the real party in interest, lack of standing of petitioner NTF-ELCAC, among others; or alternatively, to order the dismissal of the petition, after notice and hearing, for utter lack of merit,” read in Kabataan’s formal reply.

The party-list group called on the Comelec to order NTF-ELCAC to pay the cost of the lawsuit and/or damages. If granted, Kabataan said the money will be awarded to frontline health workers of the Philippine General Hospital.

What are the allegations?

NTF-ELCAC listed numerous allegations in the submitted petition, a copy of which was obtained by Rappler.

It listed supposed youths “who have been deceived and beguiled” by Kabataan, which allegedly serves as “open gates for the recruitment of youths to a declared terrorist organization.”

The task force also argued that Kabataan violated a provision of the Comelec Rules of Procedure which stated that the registration of a party-list group may be canceled if the said organization is “pursuing its goals through violence or other unlawful means.”

But Kabataan, in its reply, asserted that such a measure is obsolete, following the passage of Republic Act No. 7941 of the Party-List System Act.

“As the basis for the instant cancellation case no longer exists, this would mean that this petition would state no cause of action and, hence, should be dismissed outright,” Kabataan’s answer read.

Kabataan added that while RA 7941 states that the Comelec may cancel the registration of any organization if it advocates violence or unlawful means, such a provision does not apply to the party-list group.

“To be a ground for cancellation, the act of advocating violence or any unlawful act or means must likewise be open and public, not clandestine or in secret,” Kabataan’s camp said.

“In the present case, petitioner has not alleged or submitted evidence that respondent has publicly or openly advocated the commission of rebellion or taking of arms against the government,” it added.

Kabataan also insisted that no provision in Executive Order No. 70 which established NTF-ELCAC gave it the authority to pursue the lawsuit, and that the task force did not fulfill the requirement of “interest” in RA 7941 to file the cancellation case.

Aside from Kabataan, party-list group Gabriela, which is also under the House’s Makabayan Bloc, has been facing a cancellation case before the Comelec since 2019, over accusations that it was supporting the communist struggle.

Both groups – which are utterly vocal against the Duterte administration – have filed manifestations of intent to join the May 2022 polls. 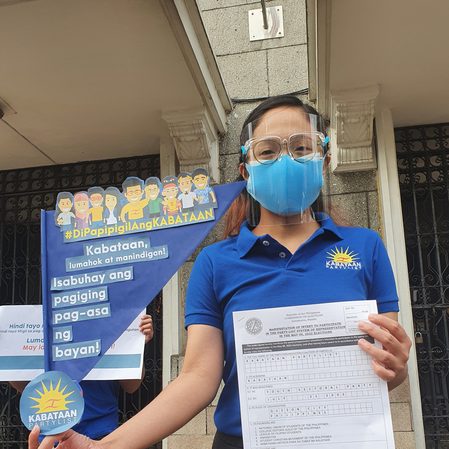 Elago told Rappler on Monday the cancellation case against Kabataan is yet another attempt by the administration to suppress its critics.

“[This is] part of the broader attempt to silence the opposition, and remove all forms of accountability since they are attacking a party-list member of the House,” Elago said.

NTF-ELCAC, established in 2018, has drawn criticism for hurling red-baiting claims at critics, sometimes even despite a lack of evidence. – Rappler.com