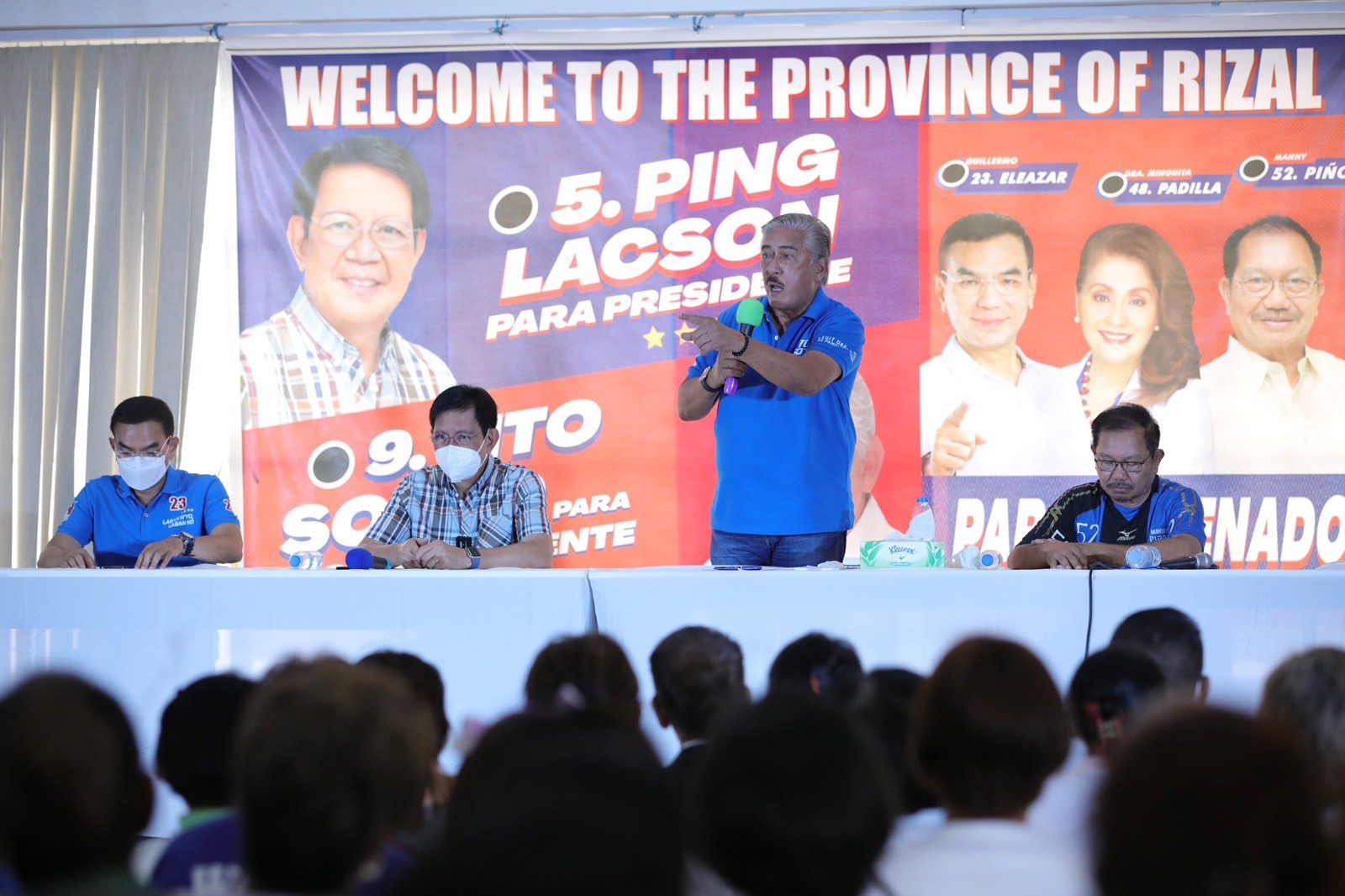 The tandem of Senator Panfilo Lacson and Senate President Vicente “Tito” Sotto III said they might skip the final set of debates of the Commission on Elections (Comelec), citing their strict schedule with only two weeks left before the elections.

“Nakalatag na eh (Everything is already set),” Sotto said in a briefing with reporters on Friday, April 22.

This came after the Comelec postponed the vice president and presidential debates to April 30 and May 1, respectively, after the poll body’s contractor’s P14-million debt to debate venue Sofitel.

Lacson and Sotto were informed of the postponement on Thursday, April 21, just two days before the initially scheduled debate weekend.

Based on Lacson and Sotto’s schedule shared with reporters, they have activities in Masbate and Metro Manila on April 30 and May 1. Sotto said their supporters in those areas were already looking forward to the events and they could not let them down.

Meanwhile, Lacson did not see his potential absence in the debate as a substantial loss to his campaign, citing his praised performance in earlier debates.

“I have proven myself in other forums,” said Lacson. – Rappler.com