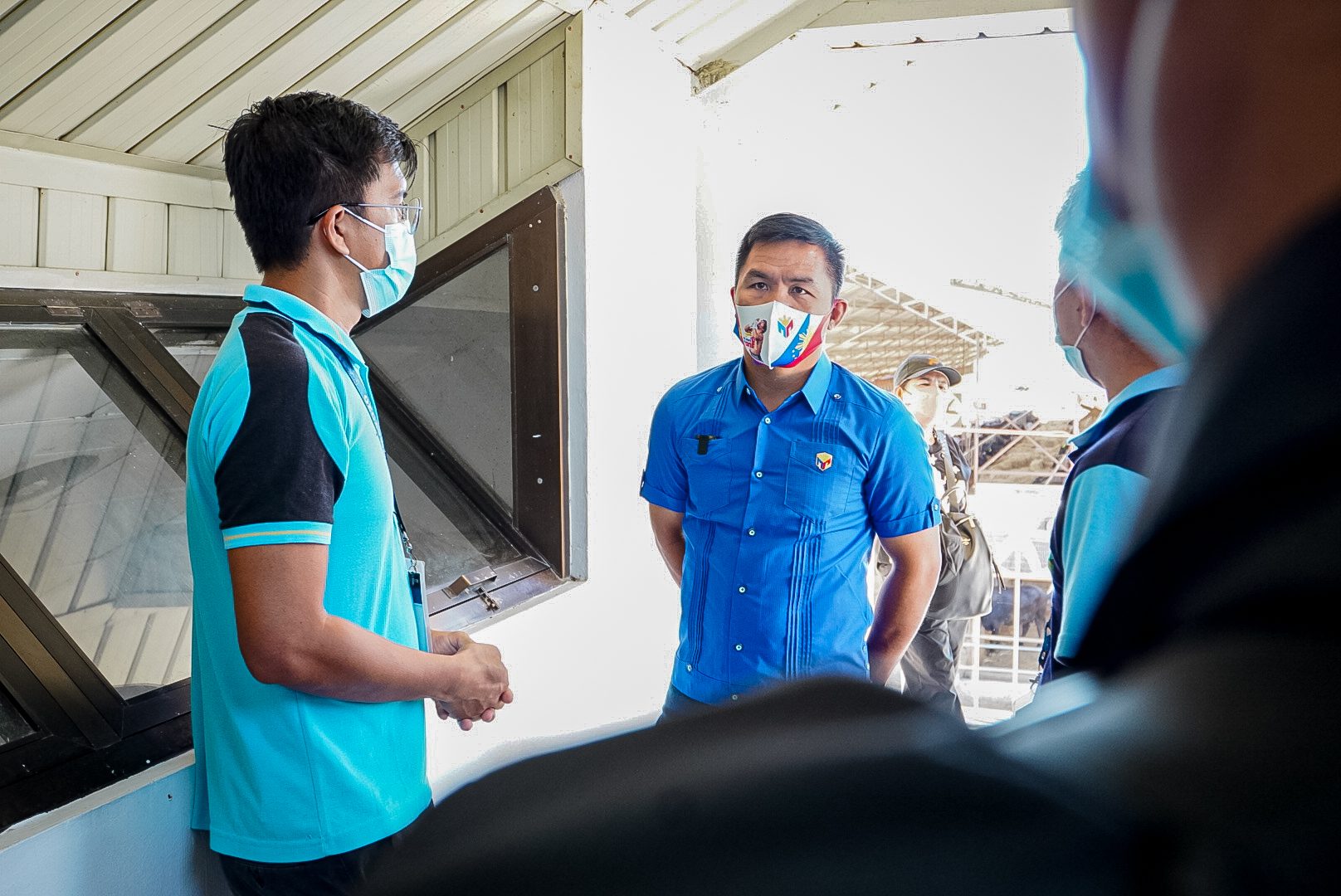 MANILA, Philippines – Presidential candidate Manny Pacquiao said that dictator’s son Ferdinand “Bongbong” Marcos Jr. has no moral ascendancy to claim that he is not corrupt.

Pacquiao, who is running under an anti-corruption platform, was asked about this during a media interview in Nueva Ecija on Friday, March 4. He has just come from Pangasinan, where he said that there was no such thing as “solid” North.

“Para sa akin, siyempre, kandidato rin ako, siyempre masasabi ko na wala,” said Pacquiao. (For me, of course, I am also a candidate, I can say that no [he does not have.])

Asked why Marcos does not have any right to claim such statements, Pacquiao said: “Bayan, alalahin natin ha, kasali siya doon sa Napoles case. Baka nakalimutan ng taumbayan ’yung Napoles.” (My countrymen, let’s remember, he was tagged in the Napoles case. Maybe the public have forgotten about [Janet] Napoles.)

The boxing icon-turned-politician is referring to the unresolved plunder case that involved Marcos in the controversial pork barrel or Priority Development Assistance Fund (PDAF) scam. Marcos claimed his signatures were forged. The complaint against him has not progressed yet at the Office of the Ombudsman. “Hindi lang ’yan at marami pang mga isyu about sa kanilang pamilya. (Not only that, but there are a lot of other issues concerning their family),” Pacquiao said.

So is Pacquiao now categorically saying that the Marcos family is corrupt?

(The Supreme Court has already said it, why won’t we believe it? Why should we even have governance if you don’t believe in the decision of Supreme Court?)

In 2017, the High Court upheld Sandiganbayan’s decision that declared Imelda Marcos’ jewelry as ill-gotten. The Supreme Court has similarly affirmed the anti-graft court’s forfeiture of dictator Ferdinand Marcos’ so-called Arelma funds deposited in the United States being appealed by the former first lady and Marcos Jr.

FALSE: Marcoses were not convicted of any charges In past interviews, Pacquiao has not openly attacked the Marcoses. But whenever he was asked about the ill-gotten wealth of the dictator’s family, he said that he vowed to chase after corrupt politicians.  – Rappler.com