Detained Senator Leila De Lima arrives at the Muntinlupa Regional Trial court for the resumption of her trial on illegal drug case on Tuesday, February 9, 2021. 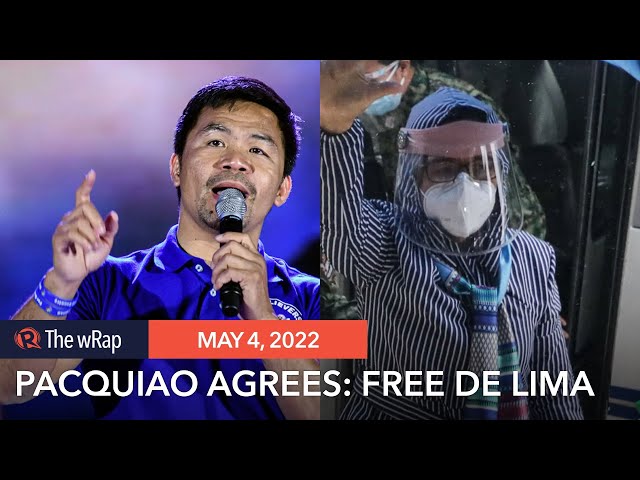 CEBU CITY, Philippines – After days of talking about due process, presidential bet and Senator Manny Pacquiao agreed with calls for the release of detained Senator Leila de Lima.

It was senatorial candidate Lutz Barbo who first told reporters on Wednesday, May 4, that he was calling for the release of De Lima. Pacquiao, who was at the press conference, agreed with him. 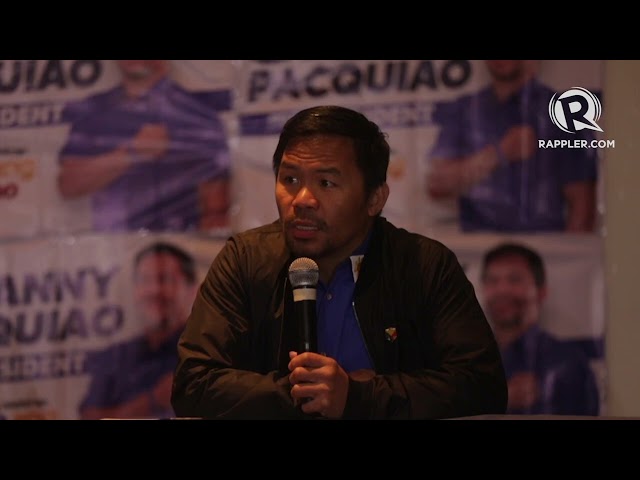 (I’m a human rights lawyer. For almost six years that Leila de Lima has been detained, she has yet to be convicted. There is a former first lady, convicted of seven counts of graft and corruption, each count is 11 years. That is 77 years in total yet she is as free as a bird. That’s unfair.)

He was referring to former first lady Imelda Marcos who was convicted of seven counts of graft in 2018. She has appealed the decision.

Barbo went on to say that a sitting senator and someone who is running for a Senate seat were both jailed because of graft. He did not name them, but he was apprently referring to Senator Bong Revilla, who was cleared of plunder charges, and senatorial candidate Jinggoy Estrada who has a pending plunder case.

Asked about Barbo’s statement on De Lima Pacquiao said that he agreed with his senatoriable. He said that this would also give De Lima a little time to campaign outside Camp Crame.

(I agree with the explanation of senator Lutz Barbo to free De Lima because it has been a while since she was detained. As I said, pity the person because what if she were innocent – it’s been a while. How many years? Five years or more. So, I hope they release her.)

In past interviews, Pacquiao said that the courts should immediately decide on De Lima’s case, and that she should be given due process.

He also questioned the credibility of confessed drug lord Kerwin Espinosa and former Bureau of Corrections acting chief Rafael Ragos after the two retracted their statements against De Lima. Espinosa and Ragos said they were coerced by justice department officials to provide false testimonies.

On Monday, May 4, presidential bet and Vice President Leni Robredo called for the release of De Lima. – Rappler.com