Tan made the comment on the sidelines of a gathering of the province’s mayors and barangay officials on Wednesday, March 16. The gathering happened not in Samar, but at the Manila Hotel.

Davao City Mayor Sara Duterte, vice presidential candidate of Lakas-CMD in the Uniteam alliance, visited the gathering. Some members of the slate joined her at the hotel.

According to Tan, 19 out of 21 mayors in the province are also backing Duterte and her running mate, presidential candidate Ferdinand “Bongbong” Marcos Jr. 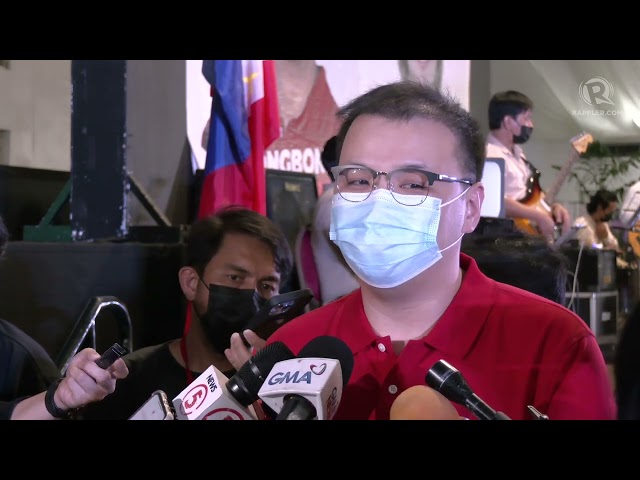 Asked why Samar officials were in Manila, Tan said local leaders had attended a gathering of barangay officials and extended their stay in Manila to have an audience with the vice presidential candidate. Tan said the trip was funded by his local party.

Tan is a member of the Nacionalista Party but said his endorsement of Marcos Jr. and Duterte is an individual decision and not that of his party.