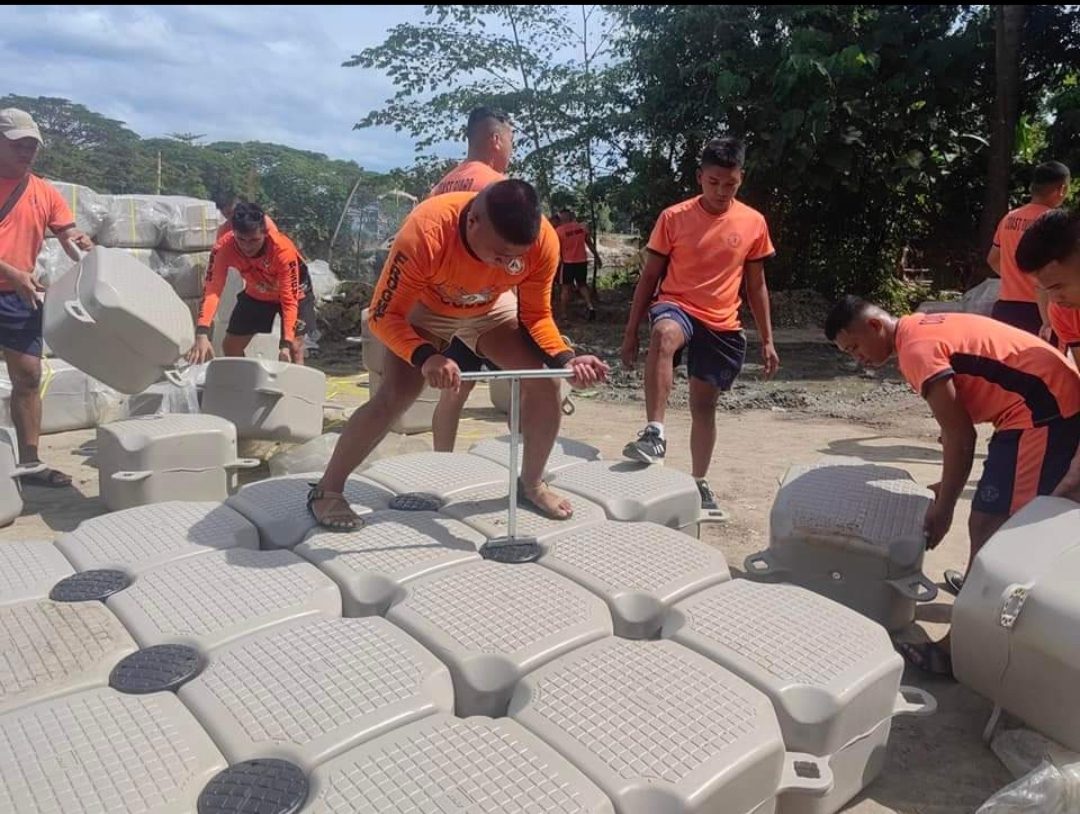 The Philippine Coast Guard in the CALABARZON region completed on Tuesday, November 29, the installation of a four-meter wide and hundred-meter long pontoon bridge in  Bantilan river, reconnecting the towns of Sariaya, Quezon and San Juan, Batangas.

The bridge is a temporary solution as the Department of Public Works and Highway undertakes construction of a concrete bridge to replace the one that collapsed during severe tropical storm Paeng (international name Nalgae) on October 29.

The collapse of Bantilan Bridge forced residents to use makeshift boats to cross the river, but local authorities stopped these crossings after one boat carrying four passengers capsized on November 7.

The PCG will station personnel on both sides of the bridge to ensure that rules and protocols are followed day and night to prevent accidents.

Rosario said the floating bridge of fiberglass is safe. Most of the materials, he added, were donated by a foreign country as aid.

Officials expect the new bridge to be completed in 2023 but have not given a clear deadline.

San Juan Mayor Ildebrando Salud said  in an interview that the bridge is crucial to the livelihood of farmers.

This is the fastest way to bring agricultural products, like vegetables for the pinakbet dish, to the central market or Trading Post in Sariraya.

Sariraya Mayor Marcelo Gayeta said his constituents are also dependent on the Bantilan bridge as the shortest way to schools and workplaces in San Juan. – Rappler.com