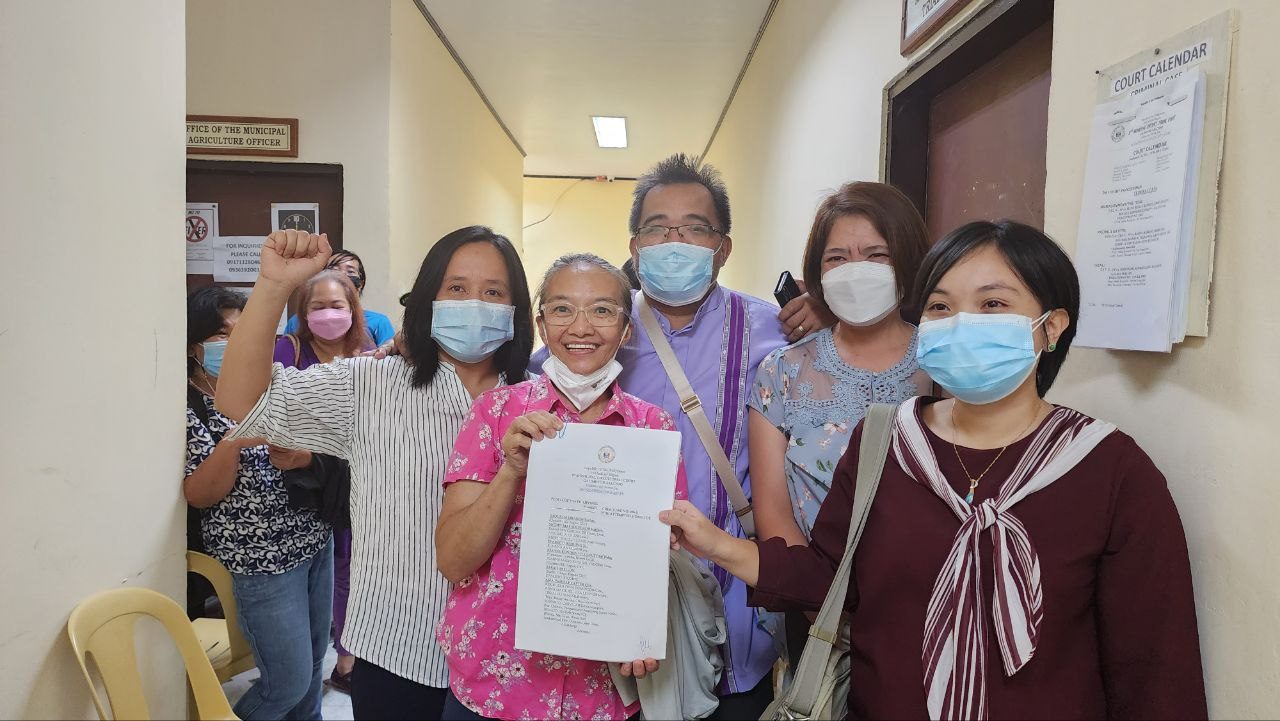 Except for Gepte, who is from Metro Manila, the rest worked with Baguio-based groups and non-governmental institutions.

The Philippine Army’s 81st Infantry Battalion had accused the women of being part of a New People’s Army unit that ambushed them while on patrol in Salcedo, Ilocos Sur, on July 22, 2017.

“(T)he identities of the accused were not properly identified by the prosecution witnesses. Their flawed testimonies are insufficient to prove the guilt of the accused beyond reasonable doubt because the mind of the Court cannot rest with certainty that the accused were the ones who had an encounter with the members members of the military,” the court said in its decision.

All posted bail after the attempted homicide case was filed on January 26, 2018.

Alikes and Mariano had also earlier faced separate cases in 2017, which the courts also dismissed.

The September 16 decision said soldiers had “preconceived” perceptions against the women, “shaped even prior to the actual happening of the incident, which result(ed) into identifying the assailant(s) even if they were not the perpetrators of the offense.”

She noted the existence of a “rogues’ gallery” with pictures of alleged NPA members, and that prosecution witnesses identified the accused through photographs shown to them before their combat operation.

Castillo-Rimando cited the Supreme Court ruling on People vs Pineda on photographic identification and the threat it poses.

The judge also described the prosecution witnesses’ identification of the accused as “improbable” and their statements as “inconsistent and irreconcilable.”

The court said the testimonies of the prosecution witnesses were “not based on what they personally saw, observed, and perceived during the incident,” but on what they had been ordered to say.

Alikes and Soledad are development workers of the Katinnulong Dagiti ti Umili ti Amianan, a development institution focusing on environmental concerns and disaster prepareness. Alikes was a member of the board of directors while Soledad was a program head at the time of the filing of the case.

Villanueva is the publication officer and psychosocial counselor for the Cordillera Women’s Education Action Research Center. Mariano, who is now with the Cordillera Human Rights Alliance (CHRA), was then the program head of the Community Health Education, Services and Training in the Cordillera.

Gepte was a staff of the National Democratic Front-Nominated Section of the Joint Monitoring Committee for the implementation of the Comprehensive Agreement on Respect of Human Rights and International Humanitarian Law. She was on leave and pregnant with her first child when she supposedly joined the ambush.

The CHRA said the court decision is the eighth court victory against cases filed by the police and military against activists in the Cordillera during the Duterte administration.

“Today’s decision is a welcome development. A much needed respite from the government’s relentless judicial harassment against human rights defenders,” said Mariano.

Their counsel, Randy Kinaud, said that “acquital does not necessarilly mean victory,” noting the five years they spent with their lives in turmoil.

“Then even with acquittal, there is not even a single ‘sorry’ from a government that put them in this situation,” he added in Filipino.

“It drained us emotionally and mentally, and also our resources. The strong support from our family and the people’s movement kept us strong,” she said.

Prior to the dismissal of the case, the five activists also triumphed over frustrated murder and homicide charges filed by the same military unit. The soldiers accused them of participating in separate firefights in Salcedo and Sigay, also in Ilocos Sur, in July and August.

Mariano said the prosecutor junked the frustrated murder complaint for lack of merit while a court in Del Pilar town dismissed the homicide case.

On February 9, 2017, police arrested Alikes in Baguio City for alleged arson and robbery charges. They alleged that she was one of the NPA rebels who torched dump trucks owned by Philex Mining Corporation in Itogon, Benguet, on the same day of her arrest.

Mariano was detained for almost a year after she voluntarily submitted herself on September 2018 following a murder allegation by the 81st IB. They accused her of killing a soldier in an NPA offensive in Patiacan, Quirino, in October 2017. The court dismissed the case in September 2019.

The latest ruling, she stressed, bolstered their assertion that charges filed against activists are “meant to silence dissent.”

“The series of cases filed by the 81st IB all went down the drain because they were all fabricated. It also shows how rotten and ruthless they are, [that they] would even lie in court to destroy peoples lives,” Mariano added. – Rappler.com