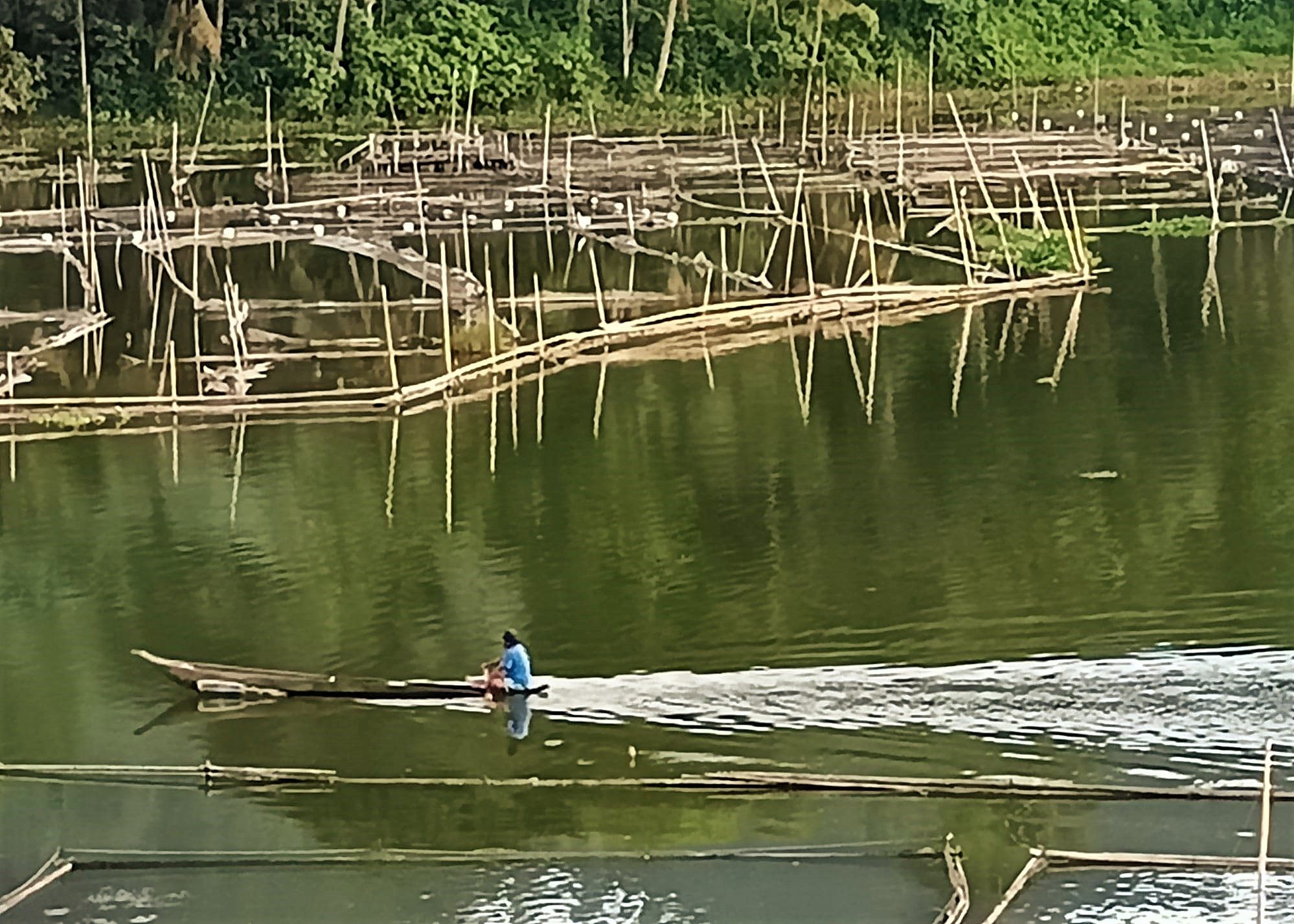 THREATENED LAKE. A fisherman sets out on Lake Sebu in South Cotabato which experts say is a dying lake.

GENERAL SANTOS, Philippines – The local government of Lake Sebu in South Cotabato has declared a state of calamity in the town due to fish kills which have affected the local tilapia raising industry.

Lake Sebu Vice Mayor Remie Unggol on Tuesday, January 17, announced plans to implement a moratorium on the operation of fish cages in the lake for six months to one year in order to allow the lake to heal.

The tilapia industry in the town has already lost more than P10 million, affecting around 30% of the fish pens in Lake Sebu.

Experts have attributed the fish kills to the excessive number of fish cages, which has led to the depletion of dissolved oxygen in the lake and the settling of waste and debris at the bottom of the lake.

The lake is the main source of income for many residents, especially the indigenous T’boli people who inhabit the area, officials said.

Unggol said many residents dependent on the lake would need to swallow a bitter pill.

“With its condition now, the lake cannot be rehabilitated without a moratorium, a sacrifice that our constituents must bear,” said Unggol, himself a T’boli.

The fish kills, called “kamahong” by the T’boli, has so far adversely affected around 150 fish pen operators with over 1,340 fish cages, according to the town’s deputy lake warden Jose Rudy Muyco.

The affected fish cages account for about 1,530 loads of fingerlings worth more than P2 million.

The cause of kamahong is attributed to the depletion of dissolved oxygen, which usually happens when the tilapia are nearing harvest and require more oxygen intake.

The recent bad weather in the area also contributed to the problem by depriving the lake of needed sunlight, according to Muyco.

Lake Sebu is the biggest of the three lakes in the town, and it has more than 5,000 fish cages mostly for tilapia, occupying about a third of the lake’s area.

Despite attempts in the past to limit the number of fish cages in the lake, the number has notably increased over the years.

Experts from various agencies and universities conducting studies in the lake have noted that a major factor in the deterioration of the lake’s ecosystem is the overcrowding of fish cages, which triggers more waste and debris from excess fish-feeds to settle at the lake’s bottom.

Some fish cage operators have been remiss in their obligations to employ best aquaculture practices which they committed in an agreement with the local government, according to Muyco.

He said many fish pen operators were not following the required spacing of fish pens, and failed to undertake regular clean-up measures, like removal of water hyacinths from their cages.

The Fisheries Code states that the utilization of the lake for aquaculture must not exceed 10% of its total area. But the present number of fish cages in Lake Sebu now exceeds a dozen times what the lake’s ecosystem can accommodate, experts pointed out. – Rappler.com

IN NUMBERS: The Philippines’ fisheries sector