BACOLOD CITY, Philippines – Nenita (not her real name) spent childhood at the family’s stall at the Burgos public market. The income from her parents’ small venture sent several children to school.

After living in Australia for five years, Nenita came home in 2017, hoping to find a country that could sustain her family without the need for separation.

“Nothing happened,” she laughingly told Rappler in an interview.

Nenita is not giving up on her abilities to help the family. Neither is she giving up hope for the Philippines.

In between serving residents in need of cheap clothes, Nenita and other kin crowd into the inner depths of the market stall to make pink “stars of hope” for their presidential candidate, Vice President Leni Robredo.

“I still need to put in the lights,” she said, showing a few of her stars.

“We need to install these today for Friday,” she added, referring to the March 11 grand rally here of Robredo and her running-mate, senator Kiko Pangilinan.

Nenita’s entire family is going, all nine of them, including senior citizens.

Her offspring, a medical intern, is a volunteer for one of 12 medical stations scattered across the Paglaum Sports Complex, the venue for the Leni-Kiko event organized by the volunteer network Laban Leni Negros Occidental (LLNO).

The Star of Hope gained fame in the 1980s as a fund-raising activity for poor communities left devastated by the sugar crisis.

The government of the late dictator Ferdinand Marcos, whose son and namesake hails his martial law years as a golden age for the Philippines, sparked the crisis by forcing a sugar trading monopoly on the industry.

“They dictated what price they would pay sugarcane planters, regardless of the price of sugar in the world market or the domestic market,” said Jose Marie Montinola, a sugar planter.

“We were all at their mercy and often had to beg to be paid,” he added.

Interest rates surged to as high as 48%. Combined with the whimsical underpaying of sugar produce and the gaming of sugar stock sales to gift cronies with huge profits, conditions forced many producers to abandon farms – and workers – sparking a crisis.

When People Power drove off the dictator in 1986, Millie Kilayko and other women who had fought for the return of democracy turned to the urgent task of alleviating hunger.

The Star of Hope was launched to raise funds for food kitchens, supplement the incomes of sugar workers’ families, and train women in crafts and other livelihoods.

The first Masskara Festival in Negros Occidental, a Mardi Gras-like celebration of triumph and grit, featured 200,000 of the hand-crafted stars.

The resurrection of the Star of Hope more than four decades since its launching signals both new threats to democracy and a pledge to fight against the dark, Kilayko told Rappler in an interview on Wednesday, March 9.

“Unfortunately, the forces around us have caused us to move backward again after moving forward when democracy was restored in 1986,” she said.

“Now, again we are in a period of darkness. And we have found our new star of hope in Leni Robredo.” 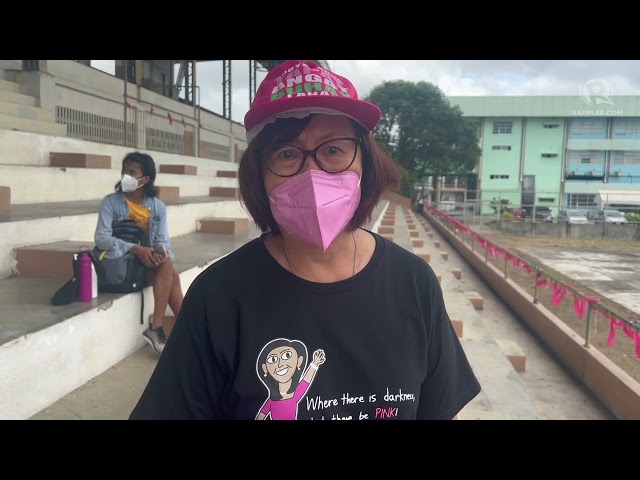 When they’re not being made in makeshift home workshops, the new  generation of the star of hope are made by inmates of the Negros Occidental provincial jail.

The new-gen star first rolled out in mini sizes last Christmas, to buy rice and food packs for families affected by the COVID-19 pandemic lockdowns.

LLNO offered volunteers a buy one-give one offer at P100 a set.

For March 11, the second star, now bigger, will be given to Robredo’s volunteers from the urban poor, fisher and sugar worker communities.

At least 4,000 of the donated stars will feature in one of the highlights of the March 11 grand rally.

The poor will also be in the spotlight in a province where stark socio-economic contrasts continue to fuel unrest, Kilayko added.

All gates will open at 2:00 a.m. but Lacson and Hernaez streets surrounding the stadium will close starting 8 a.m. 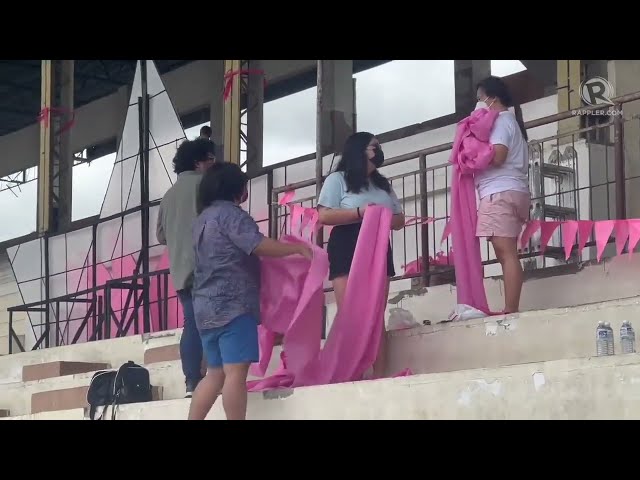 Except for Gate 7 which will be for the exclusive use of the elderly, PWDs, and the media, all gates will be open to the general public.

There are no reserved seats in all areas. It will be on a first come, first served basis only, Aquino told Rappler. – Rappler.com