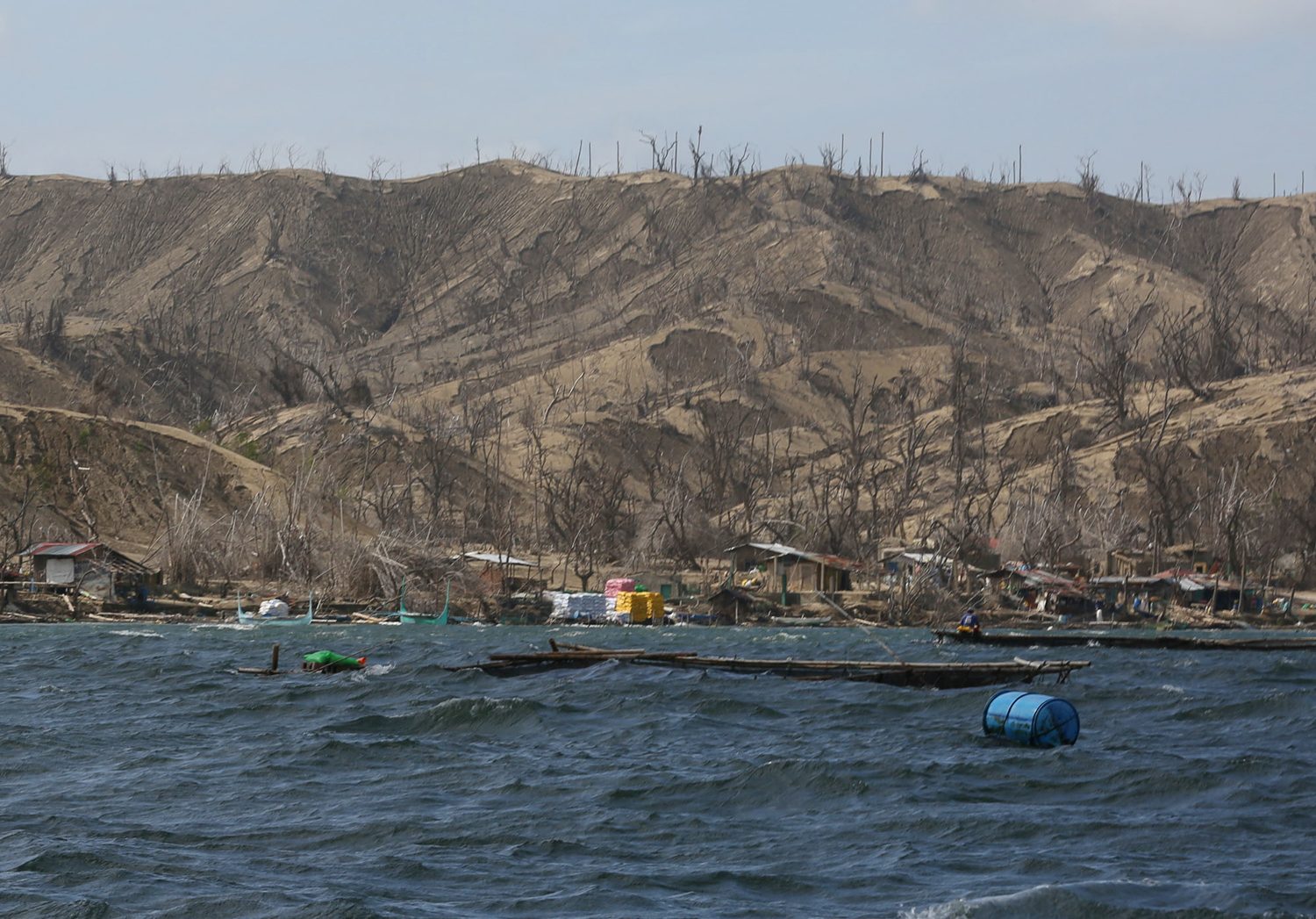 TAAL VOLCANO. Members of the Philippine Coast Guard patrol along Taal Volcano in Batangas on February 19, 2021.

MANILA, Philippines – State volcanologists recorded a series of nine “weak” phreatomagmatic bursts from the main crater of Taal Volcano in Batangas province between 3:50 pm on Saturday, January 29, and 4:49 am on Sunday, January 30.

The Philippine Institute of Volcanology and Seismology (Phivolcs) said in its 8 am bulletin on Sunday that the phreatomagmatic bursts “produced steam-rich plumes 400 meters to 900 meters tall,” which were “detected by visual and thermal cameras around Taal Lake.”

“These events were very short-lived, lasting only 10 seconds to 2 minutes and produced only traces in the seismic record but were accompanied by distinct infrasound signals,” added Phivolcs.

SO2 is a major gas component of magma. A high level of SO2 indicates magma is relatively nearer a volcano’s surface.

Taal Volcano has been under Alert Level 2 since July 23, 2021, downgraded to that level after more than three weeks at Alert Level 3.

The highest possible level in the system is Alert Level 5, which would mean a hazardous eruption is already in progress.

Under Alert Level 2, Phivolcs warned that the following could occur:

The agency reiterated its recommendations to keep Taal Volcano Island off-limits and to prohibit “extended stays” on Taal Lake.