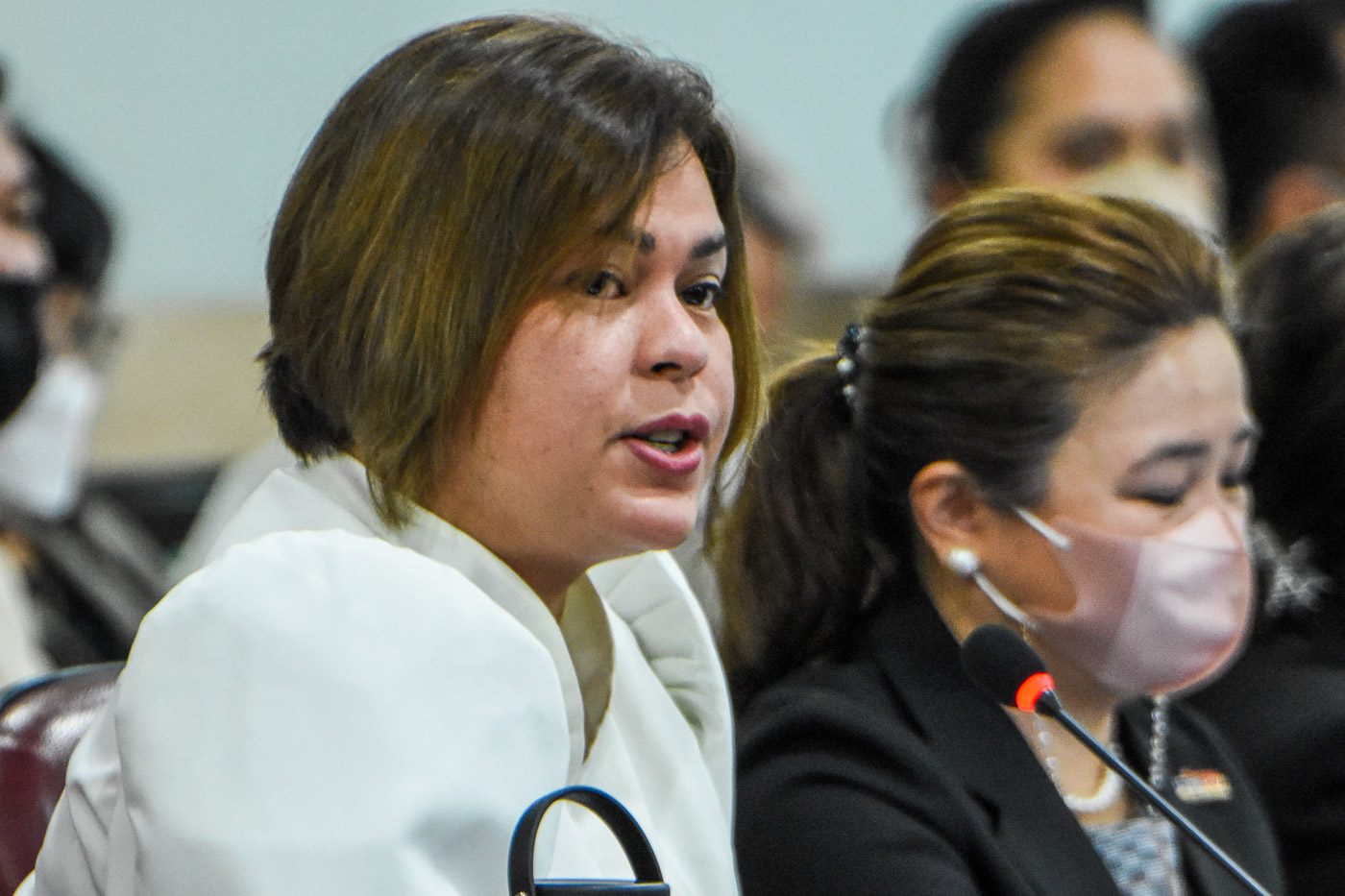 Education Secretary VP Sara Duterte-Carpio attends the 2023 budget briefing of the Department of Education and its attached agengies, at the House of Representatives on September 14, 2022. Angie de Silva/Rappler

Editor’s Note: An earlier version of this story erroneously reported it was Gabriela Representative Arlene Brosas who asked the Vice President. All references to Brosas in this story have been corrected.

MANILA, Philippines – Vice President and Education Secretary Sara Duterte had one wish to ask from President Ferdinand Marcos Jr. and Congress – that she gets an extra P100 billion budget for the Department of Eduction (DepEd). In return, she will solve all the education problems in the country in six years.

Duterte bared this during the deliberations on DepEd’s proposed budget for 2023 at the House of Representatives on Wednesday, September 14.

“Lumapit na kami sa Pangulo at sinabihan ko po ang Pangulo (We talked to the President and told him that), ‘if you give me 100 billion, I will solve all the problems of basic education.’ And that is what I want to reiterate as well, to Congress and the House of Representatives, if you give me, give us, the people here sitting in front of you, 100 billion, we will be able to solve the problem in six years,” Duterte said.

The P100 billion that Duterte was asking was on top of the P710-billion proposed budget of the DepEd under the National Expenditure Program.

Why push for ROTC?

During the deliberations, Castro also asked Duterte why the Vice President was insistent in pushing for the mandatory Reserve Officers’ Training Corps (ROTC) instead of proactively solving the learning crisis.

(Why is it, that despite all these problems of our students, the DepEd’s top priority legislative agenda is still the mandatory ROTC? How is ROTC related to improving students’ reading comprehension, mathematical ability, and science ability of students?)

The Vice President replied by saying, that there are existing legislations for learning recovery, there was no law for mandatory ROTC.

“Because the problems on access, equity, quality, resiliency, and well-being and governance. These have already supported legislation. We have a lot and good legislations for basic education and what we see now is that we need legislation for those that don’t have legislation,” Duterte said in a mix of English and Filipino.

“So right now, we are working on all the laws that were passed by the Congress that support the basic education,” she added.

Youth groups have slammed the push for mandatory ROTC, saying this would be an “added burden” to students.– Rappler.com