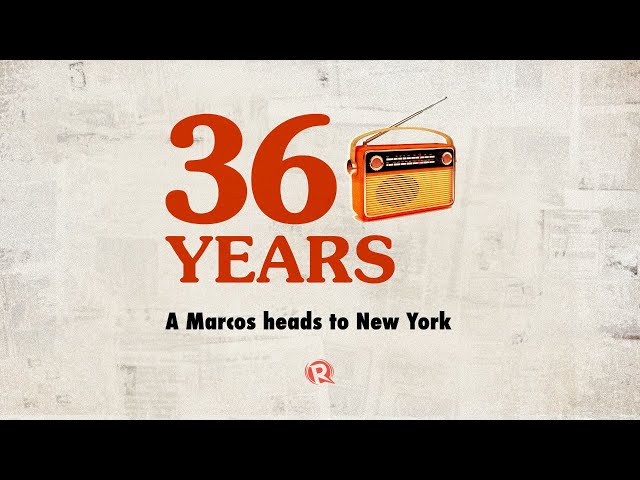 MANILA, Philippines – Fresh off state visits to Indonesia and Singapore, President Ferdinand Marcos Jr. is set to fly to New York City, where he will speak before the United Nations General Assembly.

New York City and the Marcos name carry with them history and tons of baggage. During the first Marcos presidency, the clan spent millions in New York – on buildings, financial assets, expensive apartments, and shopping sprees – even as Filipinos back home struggled.

President Marcos’ address takes place days before the country commemorates the 50th anniversary of his father and namesake’s declaration of Martial Law.

In this episode of 36 Years, we talk to lawyer Ross Tugade, an expert on human rights and international law, to talk about what it means to give justice to Martial Law victims and the role international bodies like the United Nations play in holding accountable people behind state atrocities.

Tugade, a legal analyst for Partners in Justice International, also talks about what it means to be a human rights defender in the aftermath of Rodrigo Duterte’s administration and during Ferdinand Marcos Jr.’s presidency.