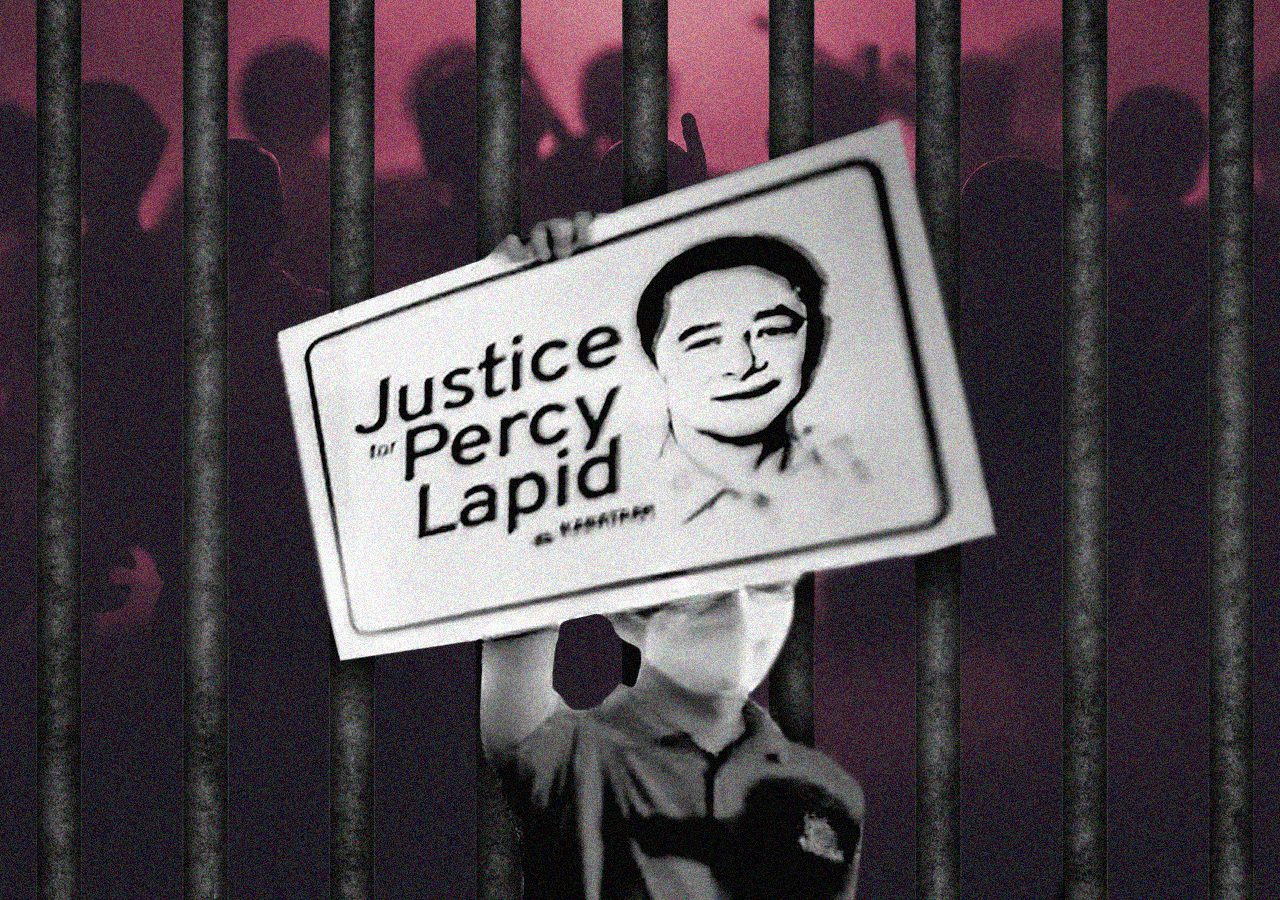 MANILA, Philippines – The killing of hard-hitting broadcaster Percy Lapid has become something of an exhibition of the numerous problems in and around the Philippine prison system.

Since Lapid was gunned down in his vehicle by motorcycle-riding assailants in Las Piñas on October 3, his case has been one of the most highly publicized crimes in recent months, with law enforcement authorities updating the public almost every step of the way.

As more of the case unfolds, the case reads like a true crime film, with twists and turns and realizations that some perennial problems of the justice system have persisted.

Here are some of the flaws in the Philippine correctional system that have manifested in the investigation of Percy Lapid’s death.

Crisanto, Jun, or Cristito? On October 17, self-confessed gunman Joel Escorial surrendered to authorities out of fear and implicated a certain Crisanto Villamor as the person in the New Bilibid Prison who gave him the order to kill Lapid.

On October 18, Villamor died in the Bureau of Corrections (BuCor)-supervised New Bilibid Prison. It was later revealed that he died due to suffocation with a plastic bag.

The next day, October 19, the Philippine National Police (PNP) came to Bilibid looking for “Crisanto Villamor.” BuCor certified that they did not have any prisoner with the name Crisanto Villamor. They only found out later that the detainee who died the day before was the one the police were looking for.

“Hindi naman po natin alam na ‘yun pala ‘yung tinutukoy nila (We did not know that [the detainee who died] was the one they were looking for),” said BuCor spokesperson Gabriel Chaclag in an interview with CNN Philippines.

How did this happen? There was confusion among authorities because the alleged middleman had various names in the records of the Department of Justice (DOJ).

Villamor was documented as “Jun Villamor y Globa” in the BuCor’s records, in contrast to “Crisanto Palana Villamor” based on Escorial’s extrajudicial confession. But Justice Secretary Jesus Crispin Remulla said they were certain that Crisanto and Jun were the same.

The PNP also confirmed that Villamor was born Cristito Palaña Villamor, as shown in his birth certificate and according to an affidavit from his father.

The delay in securing Villamor before his preventable death shows a connection to issues in prisoner data uniformity.

In 2020, the DOJ signed a memorandum of agreement with other agencies to digitize the agency’s criminal data system. The prisoners’ data portal, called the Single Carpeta System, aimed to solve the problems in record-keeping among corrections and penology agencies.

But the Single Carpeta System is still “a work in progress” as of 2022. Remulla said that it is not easy to shift from manual to digital in processing the country’s prisoner records.

The possibility that Villamor received kill orders from a mastermind and sent them to a hitman – while detained – is already a red flag in the correctional system.

An ABS-CBN report found that, before he died, Villamor had sent names of alleged masterminds in the crime to his sister via Facebook Messenger.

The message sent to his sister said that the command to kill “came from the office,” and the sister interpreted the “office” as “there in Bilibid.”

On October 18, Senator Ramon “Bong” Revilla Jr. filed Senate Resolution No. 264 directing the Senate committee on public order and dangerous drugs to investigate how persons deprived of liberty (PDL) inside Bilibid could still give orders to commit crimes.

“There is a grave concern over his [Escorial’s] revelations that the order to kill Percy came from inside Bilibid,” Revilla said in a statement. “Kailangan imbestigahan at matunton ‘yan (This needs to be investigated and traced).”

(If what Escorial is saying is true, then it is infuriating that people inside [prison] are able to reach those outside, and they have control over the lives of whoever they choose…. It is madness that government resources are being used to, in effect, protect these masterminds who are housed in a government facility, right?)

When the National Bureau of Investigation (NBI) released on October 22 its initial report on Villamor’s death, the alleged middleman was said to have died with “no apparent sign of external physical injury.”

There was also a “hemorrhagic area over the left ventricle” found on Villamor’s heart. There were no findings that pointed to a possibility of foul play. Chaclag also said that Villamor had heart problems and perhaps died after feeling rattled from watching the reports where Escorial implicated him.

But the PNP and President Ferdinand Marcos Jr. were not convinced that Villamor died of natural causes. Percy Lapid’s family, the Mabasa family, had by then requested a second autopsy.

Forensic pathologist Dr. Raquel Fortun conducted the second autopsy on October 26, and found much more information about Villamor’s death than the NBI did. To her, it was a homicide.

Fortun, chair of the pathology department at the University of the Philippines Manila, found that Villamor had a history of asphyxia by plastic bag suffocation.

Remulla denied that this was an inconsistency between the first and second autopsy reports – just that there were more developments about the death that came later on.

Cell phones are strictly prohibited in Bilibid. But gadgets and other contraband have been constantly confiscated in the national penitentiary.

Villamor appeared to have used a cell phone when he contacted his sister to name the supposed masterminds. His cell phone has yet to be located as of November 2.

The Mabasa family has also been receiving death threats in calls and messages from anonymous people the family interprets to have come from inside Bilibid. One account that sent them ominous messages was named “Batang Jail (Jail Child).”

Someone who called one of Lapid’s children, warning that her uncle Roy Mabasa and brother Mark Mabasa’s lives were also in danger, said that he was supposed to send Roy information about Lapid’s killing “dito sa maximum (from here in maximum [security compound]).” 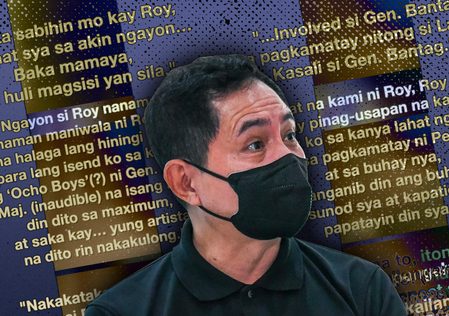 Apart from the finding that Villamor was suffocated with a plastic bag, another significant result of Fortun’s autopsy was that there was methamphetamine or shabu found in his urine. This was not listed in the NBI’s report.

“Any rumors that there is shabu inside Bilibid, I think, [are] confirmed by the fact that the person who died had shabu or methamphetamine in his system. I think that’s a very important finding that was not present in the first report,” said Remulla on October 29, the day Fortun released the findings of the second autopsy.

Fortun was particularly shocked by her additional finding that Villamor died with a parasitic infection in his liver. She highlighted the need to look at the health problems in the Philippine correctional system.

“It’s not just a matter of how the individual was killed. Please take note, it’s also a health issue, that there is methamphetamine in jail – that was so shocking for me. And the other is that there is a parasitic infection. These people die of communicable diseases as well, so wouldn’t you want to check the jails?” said Fortun.

According to the World Prison Brief, the Philippines has the third-highest jail occupancy rate in the world as of May 2021, leading to overcrowding in detention facilities. Human Rights Watch senior Philippine researcher Carlos Conde also said the International Committee of the Red Cross has expressed concerns about health conditions in Philippine jails, particularly the spread of pulmonary illnesses like tuberculosis, and skin infections, diarrhea, and sepsis. In the 2022 World Justice Project (WJP) Rule of Law Index, having an “effective correctional system” was one of the areas the Philippines did the most poorly in – with a score of 0.18 over 1. – Rappler.com

[OPINION] Keeping COVID-19 out of prisons in the Philippines