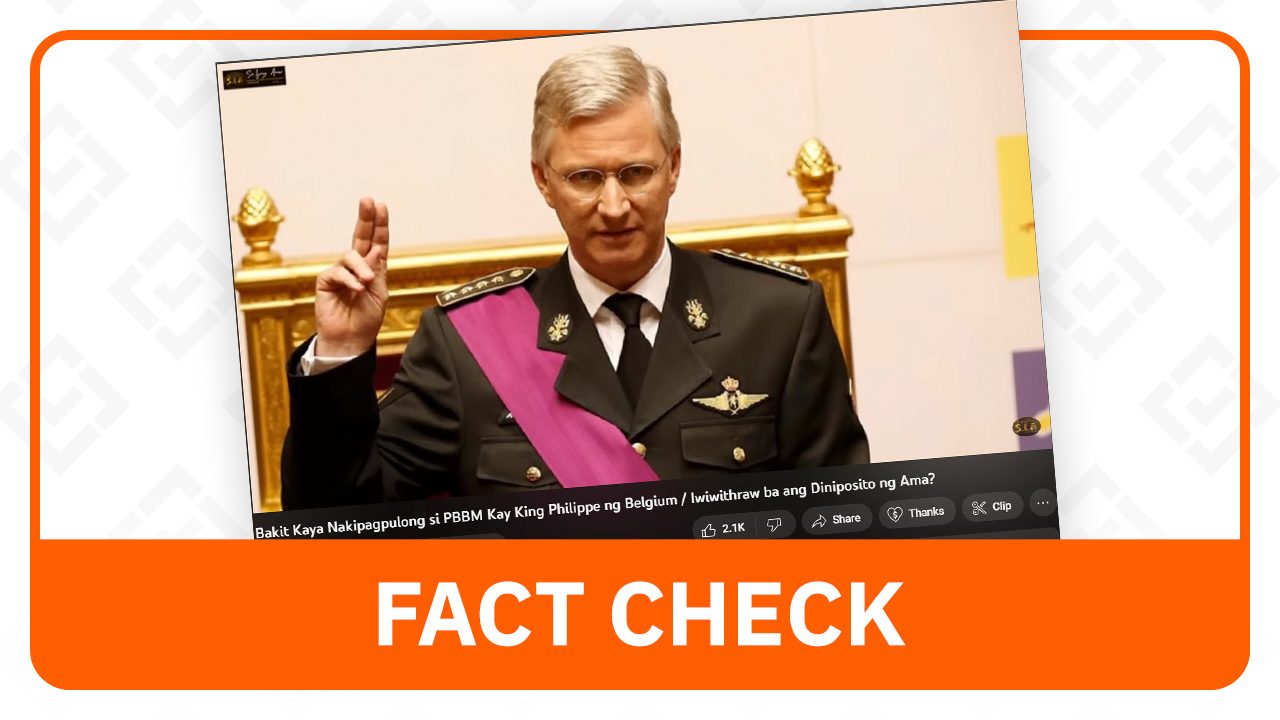 Facebook Twitter Copy URL
Copied
President Ferdinand Marcos Jr. disclosed his agenda for his royal audience with King Philippe of Belgium. Withdrawing billions of dollars from an alleged bank account of his father was not one of them.

YouTube channels Sa Iyong Araw and PweDelie TV claimed this in some of their videos of stitched clips gathered from Marcos’ visit to Belgium during the ASEAN-EU Summit from December 11 to 15, 2022.

The meeting’s agenda: What these YouTube channels tried so hard to present as fact couldn’t be farther from the truth.

Who could’ve better debunked the claim than Marcos himself who clearly said during his meeting with the Filipino community in Belgium on December 12, 2022, what he planned to discuss with the Belgian King.

“In this visit, I will have a royal audience with King Philippe, and I will be happy to share with him that the Philippines and Belgium have just commemorated 76 years of bilateral relationship this year…. It will also be an opportunity to convey to the King that the Philippines intends to pursue a strategic partnership with Belgium in various fields and, to this end, we look forward to signing a Philippines-Belgium Joint Plan of Action for 2023 to 2027 that could further enhance bilateral cooperation, allow our two countries to discuss regional issues and global concerns,” Marcos said.

The Office of the President also said in a Facebook post published on December 14, 2022, that Marcos had “discussions on regional and global concerns of mutual interest” during his meeting with King Philippe.