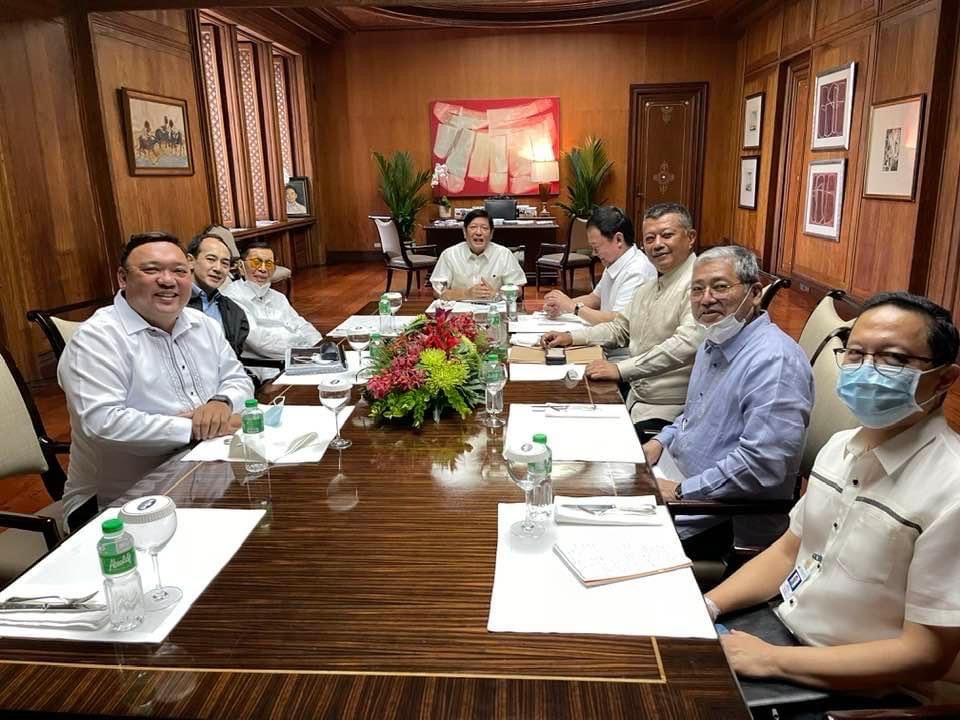 Facebook Twitter Copy URL
Copied
(1st UPDATE) 'I was retained as counsel so anything and everything I will discuss with PBBM will be confidential,' says Roque 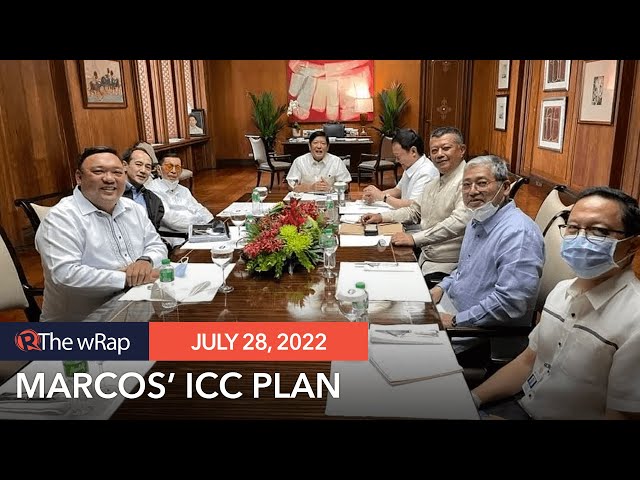 Philippine president Ferdinand “Bongbong” Marcos Jr. has officially convened his legal team to start discussing his government’s strategy in dealing with the International Criminal Court (ICC), which has an ongoing investigation into crimes against humanity allegedly committed by his close allies in the Duterte administration.

“The only agenda was the government’s position on the ICC investigation. But I’d rather leave it to the President to make any disclosure at this time,” said Guevarra.

Roque was there as “private counsel to PBBM,” he told Rappler in a text message Thursday, July 28. PBBM stands for President Bongbong Marcos.

“I was retained as counsel so anything and everything I will discuss with PBBM will be confidential,” said Roque, a professor of international law and an ICC-accredited counsel.

Roque was part of the group that fought for the ratification of the Rome Statute so the Philippines could be a member of the ICC, only to aid Duterte in unilaterally withdrawing from it in 2018 – effective 2019 – when the inquiry into his drug war had started.

There’s actually a deadline coming up for the Marcos government. ICC Prosecutor Karim Khan has asked the pre-trial chamber to resume investigation into the drug war killings, as well as killings in Davao City when Duterte was mayor and vice mayor. As part of due process, the chamber has invited, but not required, the Philippine government to submit a comment by September 8.

The comment, if the government submits one, should contain proof that the national justice system of the Philippines is working to exact accountability for these alleged crimes.

Marcos did not mention this at all in his State of the Nation Address (SONA), but Foreign Affairs spokesperson Ma. Teresita Daza said in a news conference on Thursday: “The Philippine government affirms its commitment to fight impunity for atrocities and crimes notwithstanding our withdrawal from the Rome Statute, especially since the Philippines also has a national legislation punishing atrocities.”

Remulla earlier told reporters that the Department of Justice (DOJ) is “busy collating data and the results of the investigations being conducted about the drug war.”

Remulla kept to the Duterte government’s line that our national justice system is working and therefore has no need for the ICC’s jurisdiction.

“[Our justice system] is not perfect but it’s functioning, we are not a banana republic so why should they want to go to the country? Unless the agenda is political, and we don’t want political agenda by people other than us. We do our politics, not foreigners,” Remulla said on Thursday on the sidelines of an event by the Rotary Club.

This effort, or the drug war review, was started in 2020 by the DOJ when Guevarra was justice secretary but it wasn’t enough for Khan.

In his request to resume investigation, Khan said the DOJ conducted a “mere desk review” that mostly involved administrative sanctions, and not criminal sanctions. The Marcos government has so far been friendly to the international community, particularly European nations and the United Nations, which advocate for human rights.

Is rejoining the ICC on the table at all? Remulla said “no comment.”

“Relative to this development and maybe other developments, further consultations would have to be undertaken,” said Daza.

But what is Marcos’ interest in engaging the ICC when the investigation concerns the Duterte government? Is he legally obliged to engage the ICC? “It’s up to government to answer,” said Roque.

“The state, as distinguished from the government or its officials, whether past or present, has a fundamental interest in the ICC case,” said Guevarra.

If and when the pre-trial chamber authorizes the resumption of investigation, the next step for Khan would be to request summons or a warrant of arrest. Against whom? It’s uncertain but the ICC has been interested in top officials, although for the Philippines, the prosecutor not only mentioned Duterte and drug war architect Senator Ronald “Bato” Dela Rosa, it also warned “local and regional organs of the State.” – with reports from Sofia Tomacruz/Rappler.com