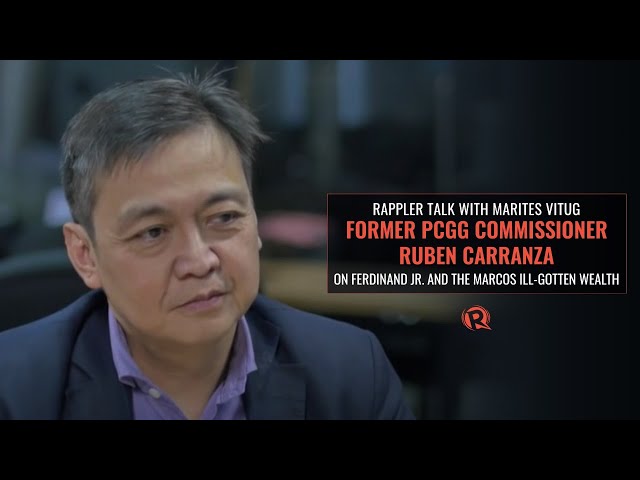 Facebook Twitter Copy URL
Copied
What is the future of running after the remaining ill-gotten wealth under a Marcos presidency? Catch the interview live on Thursday, April 21!

MANILA, Philippines – The recovery of the wealth illegally amassed by the dictator Ferdinand Marcos, his family, and cronies has been an uphill battle since the dictatorship was toppled in 1986.

The Presidential Commission on Good Government (PCGG), tasked to recover the ill-gotten wealth amassed by the dictator’s family, has recovered P174.2 billion in Marcos ill-gotten wealth by end of 2020. It is running after P125.9 billion more as of 2021.

But the presidential campaign of the dictator’s son Ferdinand Marcos Jr. spells a huge problem to the recovery efforts by the government, especially how he has continuously refused to acknowledge the corruption and abuse under his father’s rule.

On Thursday, April 21, Rappler editor-at-large Marites Vitug speaks to international lawyer Ruben Carranza on Marcos Jr.’s role in the protection of his family’s ill-gotten wealth, as well as, the future of running after the Marcos loot if he wins the presidency.

Carranza served as PCGG commissioner from 2001 to 2004. He was part of the PCGG that won a 2003 case against the Marcos family, where the Supreme Court declared $658 million Swiss deposits as ill-gotten.

Can we still expect a functioning PCGG under another Marcos presidency? – Rappler.com