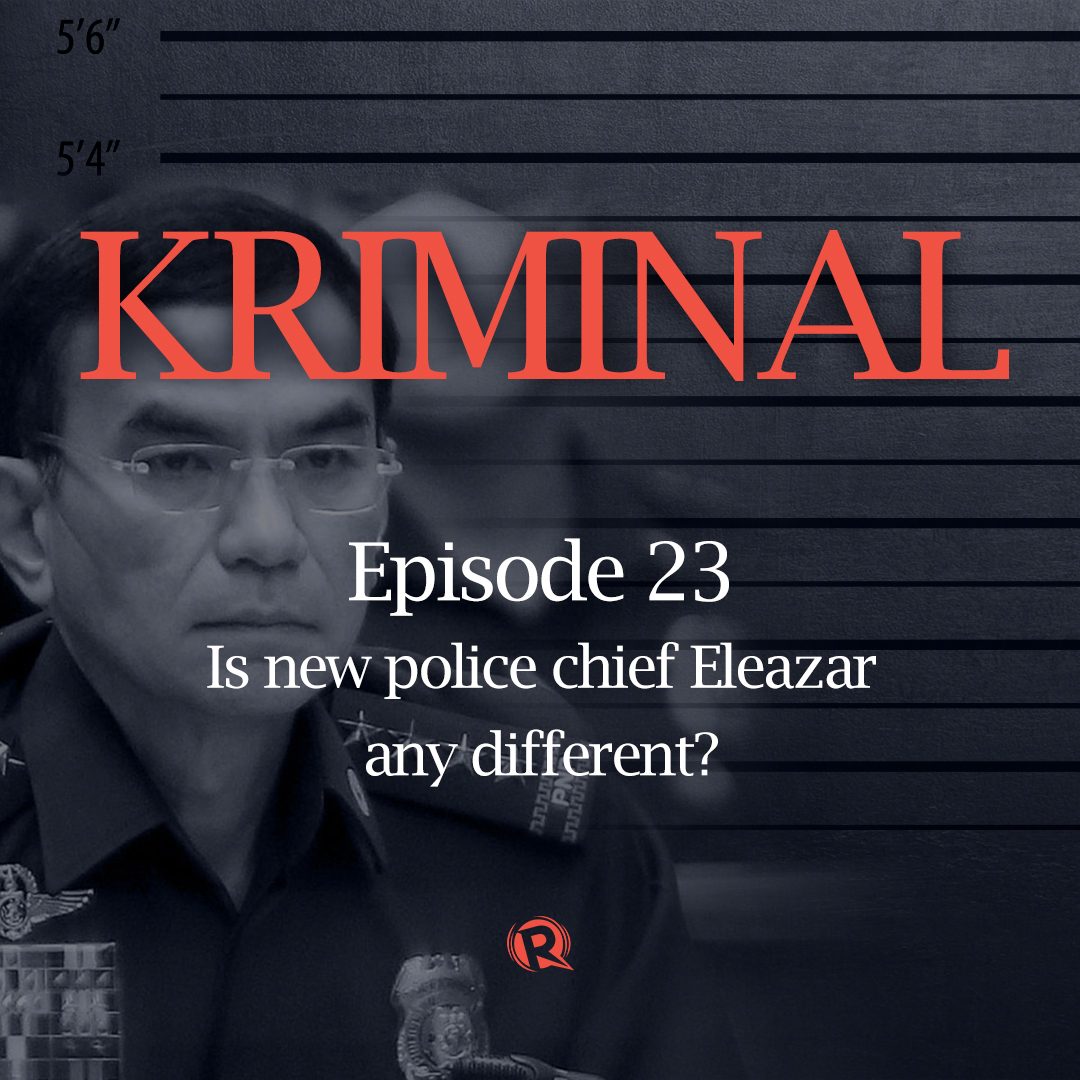 President Rodrigo Duterte chose an outsider as one of his last police chiefs.

General Guillermo Eleazar was appointed as the new chief of the Philippine National Police (PNP) despite not sharing a work history with Duterte and despite not holding any connections to Davao.

Eleazar made a name for himself as a disciplinarian in the 220,000-strong police force.

Can he do the same after he has ascended Camp Crame? How is he any different from his predecessors?

In this episode, Rappler’s Rambo Talabong sits down with veteran police reporter Dave Veridiano to ask him about Eleazar’s potential as the country’s new top cop. – Rappler.com