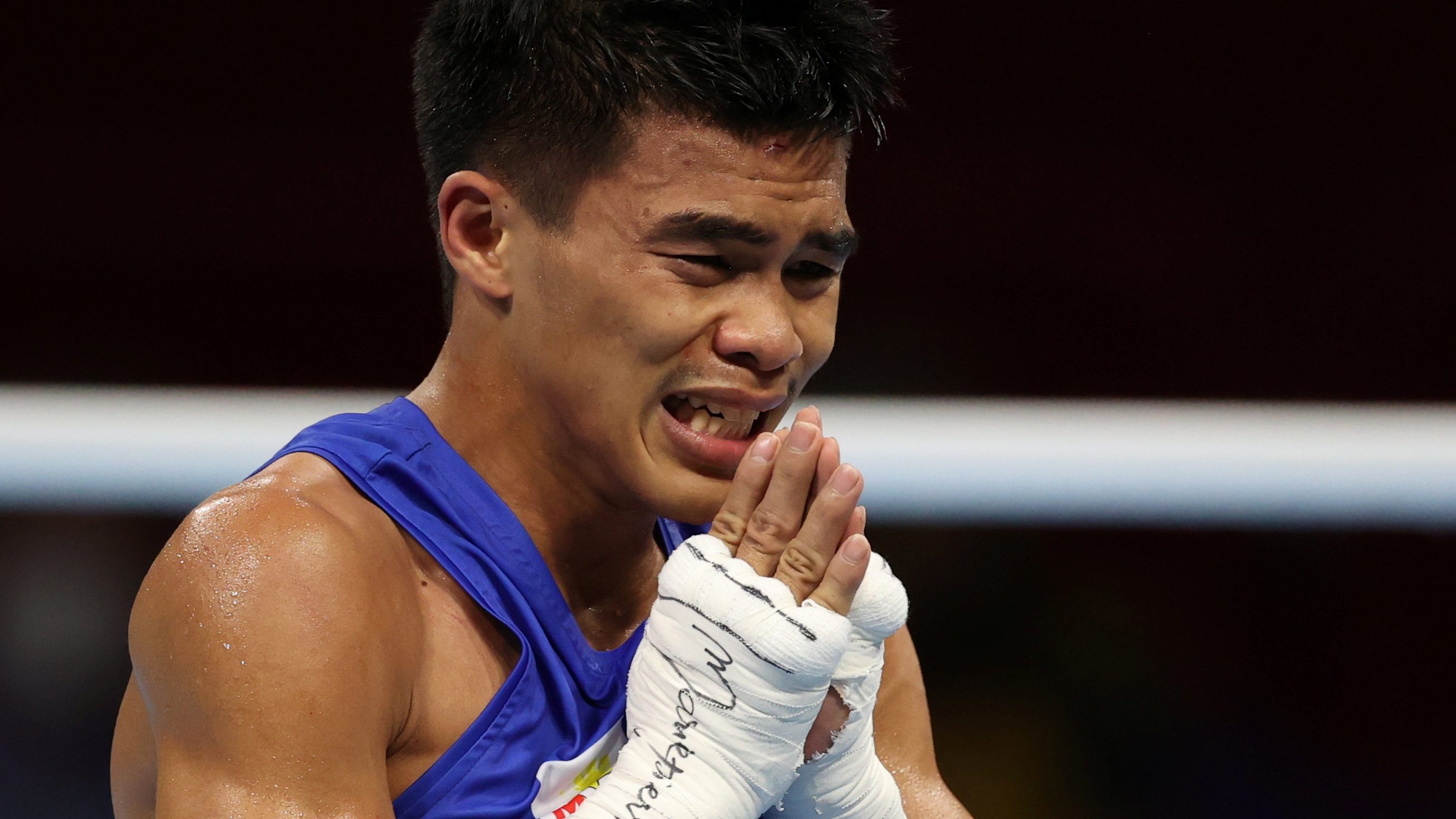 TO THE GOLD. Carlo Paalam adds Ryomei Tanaka to his list of conquests in the Tokyo Olympics.

Carlo Paalam relied on his poise to overcome home bet Ryomei Tanaka for a shot at the elusive Olympic boxing gold in the Tokyo 2020 Games on Thursday, August 5, at the Kokugikan Arena.

The semifinal victory assured Paalam of at least a silver medal, and also a second silver for the Philippines after boxer Nesthy Petecio secured one in the women’s featherweight.

A Cagayan de Oro native, Paalam will see action in the final match versus Great Britain’s Galal Yafai on Saturday, August 7, at 1 pm, Philippine time for a chance to win the country’s first ever boxing gold medal, and also a second gold after weightlifter Hidilyn Diaz’s historic feat.

Paalam was calm and cool in the opening round as Tanaka aggressively closed in on him, but the Filipino capitalized on the opportunity to land body shots early that helped gain the nod of all five judges.

The 23-year-old Filipino showed defensive prowess and went to the attack at the right time, landing solid shots to the head, making it a convicting performance.

Paalam continued his stunning performance as Tanaka gassed out in the third round and sealed the win with a clinical finish.

Paalam had shocked the boxing world after defeating 2016 Rio Olympics gold medalist and men’s flyweight world No. 1 Shakhobidin Zoirov of Uzbekistan in the quarterfinals, which the Filipino won via split decision after the fight was halted in the second round as a clash of heads opened a cut above the left eye of Zoirov.

That upset win assured Paalam then of at least a bronze-medal finish.

Before this quarterfinal match, Paalam had an uphill journey throughout his whole Tokyo Olympics campaign, facing two-time Olympian Brendan Irvine of Ireland and another veteran Olympian in Mohamed Flissi of Alegeria in the earlier bouts. – Rappler.com