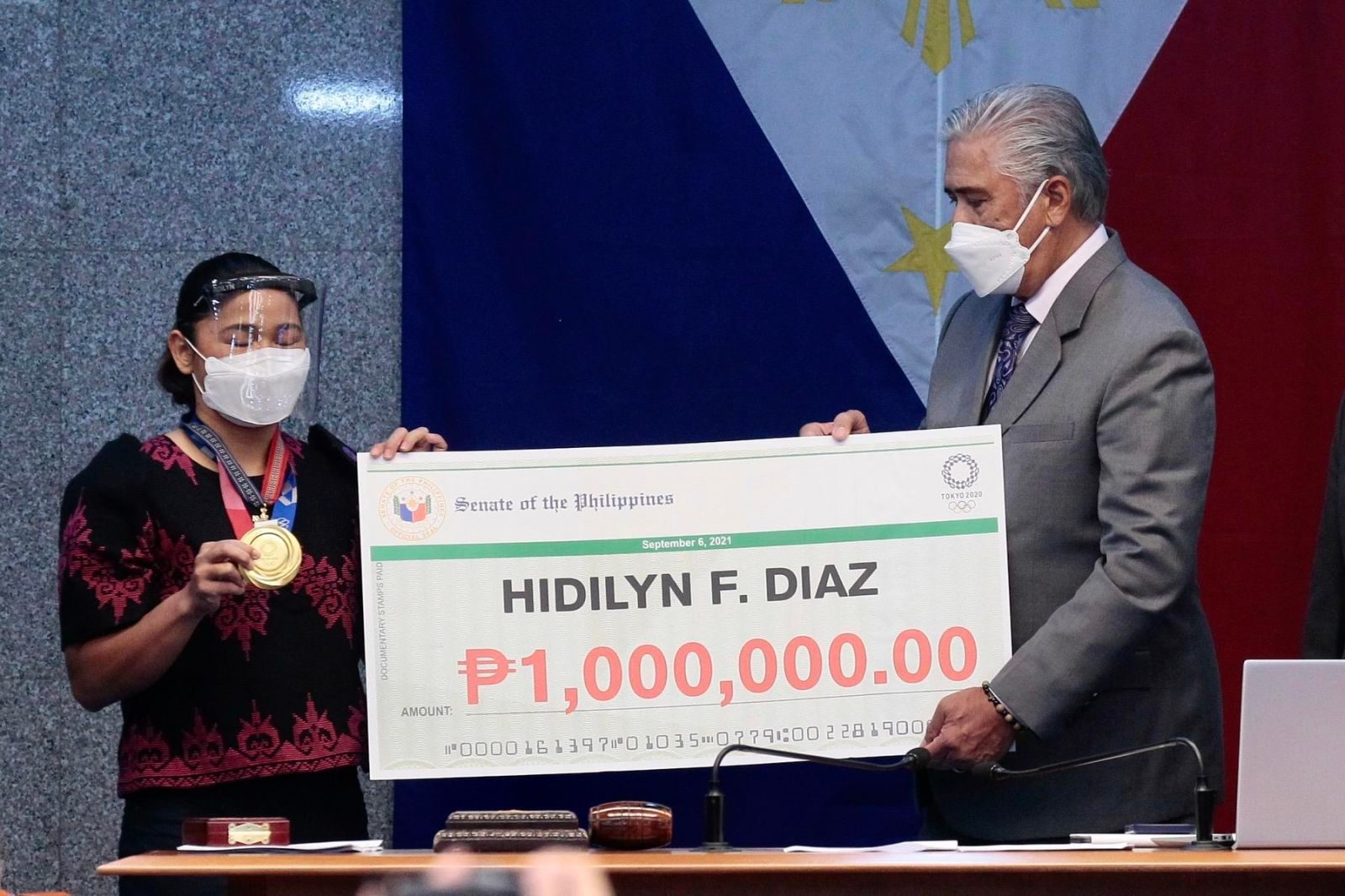 The four Filipinos who won medals in the Tokyo Olympics received their Senate Medal of Excellence and cash incentives from the Philippine Senate on Monday, September 6.

Hidilyn Diaz, Nesthy Petecio, Carlo Paalam, and Eumir Marcial are the first recipients of the honor after the chamber on August 23 adopted Senate Resolution No. 781 that awards outstanding Filipinos.

Aside from Olympic medalists, those who will be given the Nobel Prize, the Pulitzer Prize, the A.M. Turing Award, and the Ramon Magsaysay Award are eligible for the Senate Medal of Excellence.

“The Philippines’ remarkable performance in this Olympics makes one thing clear: with consistent and continuous support for our athletes, our future is bright,” said Senator Risa Hontiveros.

Senators also chipped in P100,000 each for the cash bonuses given to the four Olympic medalists.

Weightlifter Diaz obtained P1 million from the Senate for her historic gold-medal performance in Tokyo, while boxers Petecio and Paalam collected P500,000 for winning silver.

Originally set to receive P300,000, boxer Marcial raked in P400,000 as senators decided to give him the extra P100,000 from their contributions for his bronze medal.

“Their solid performances in the Tokyo Olympics embodied the firm aspiration of every Filipino – to knock down challenges and lift the Philippines to a greater height of honor and prestige,” said Senator Joel Villanueva. – Rappler.com