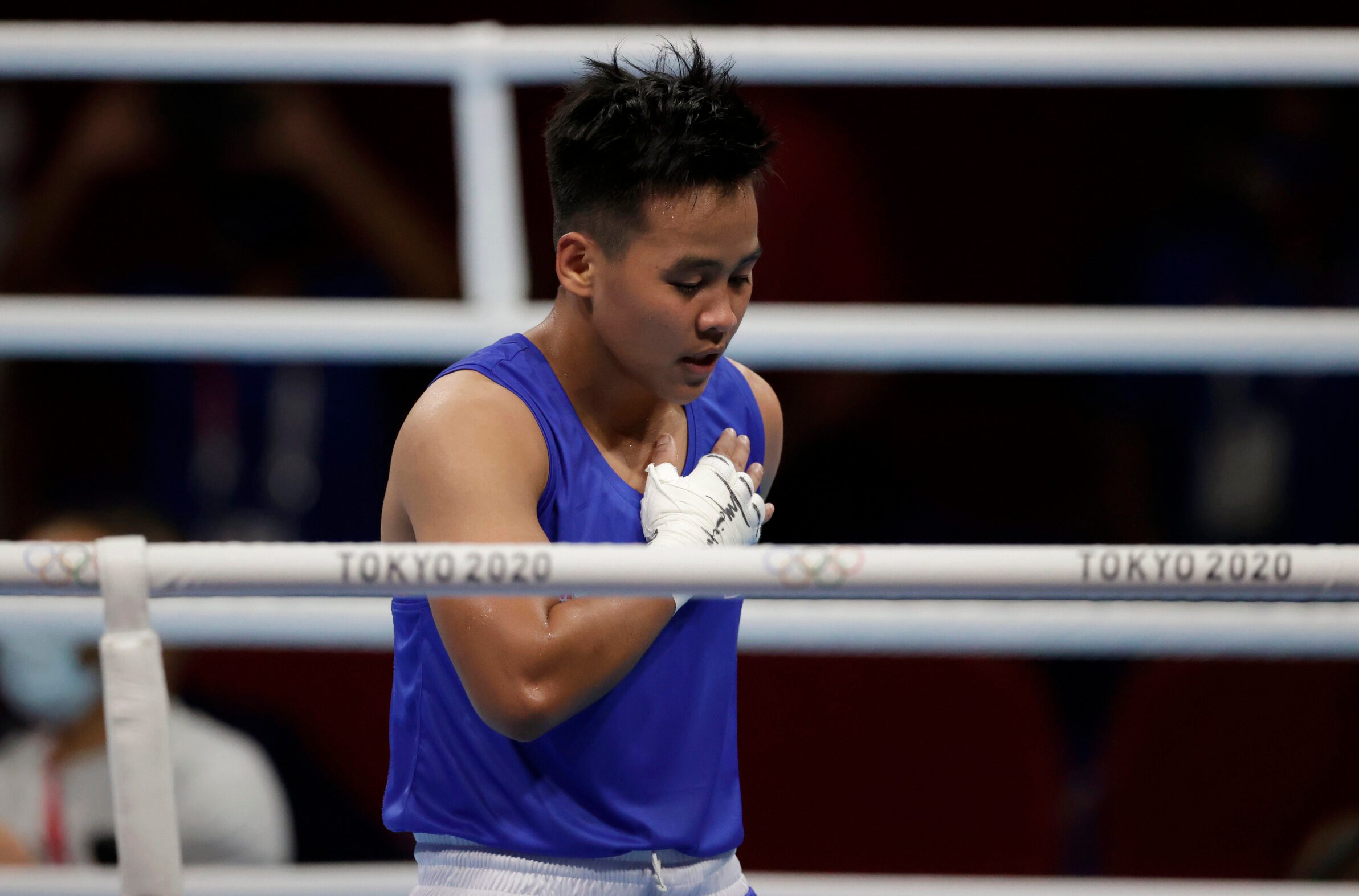 MANILA, Philippines – The Philippine boxing delegation at the 31st Southeast Asian Games wrapped up their Friday, May 20 assignments with mixed results in Hanoi, Vietnam.

Ian Clark Bautista and Olympian Irish Magno both secured at least a silver after they clinched a finals spot in the men’s 63-69 kg and women’s 48-51 kg categories, respectively.

Bautista left nothing to chance in his semifinal bout as he forced a referee stoppage against his Cambodian foe Rang Sey Sao. Meanwhile, Magno earned a 5-0 unanimous decision win in her semis match against Indonesia’s Novita Sinadia.

However, Magno’s fellow Olympian and Tokyo silver medalist Nesthy Petecio was not as convincing – at least in the eyes of the judges – after Vietnam home bet Tran Thi Linh scored a massive 4-1 upset against the star Filipina boxer.

Like Petecio, Marjon Pianar also settled for bronze earlier in the day after losing a 1-4 decision to Indonesia’s Sarohatua Lumbantobing.

In a bid to avenge their teammates out of contention, Bautista and Magno now join Olympian Rogen Ladon and Olympic bronze medalist Eumir Marcial in the finals of their respective weight classes.

The Philippines – now just fifth overall in the Hanoi Games medal tally – will need all the help it can get from its boxing gold mine after Malaysia and Singapore surged ahead with a handful more golds than the Pinoy contingent. – Rappler.com