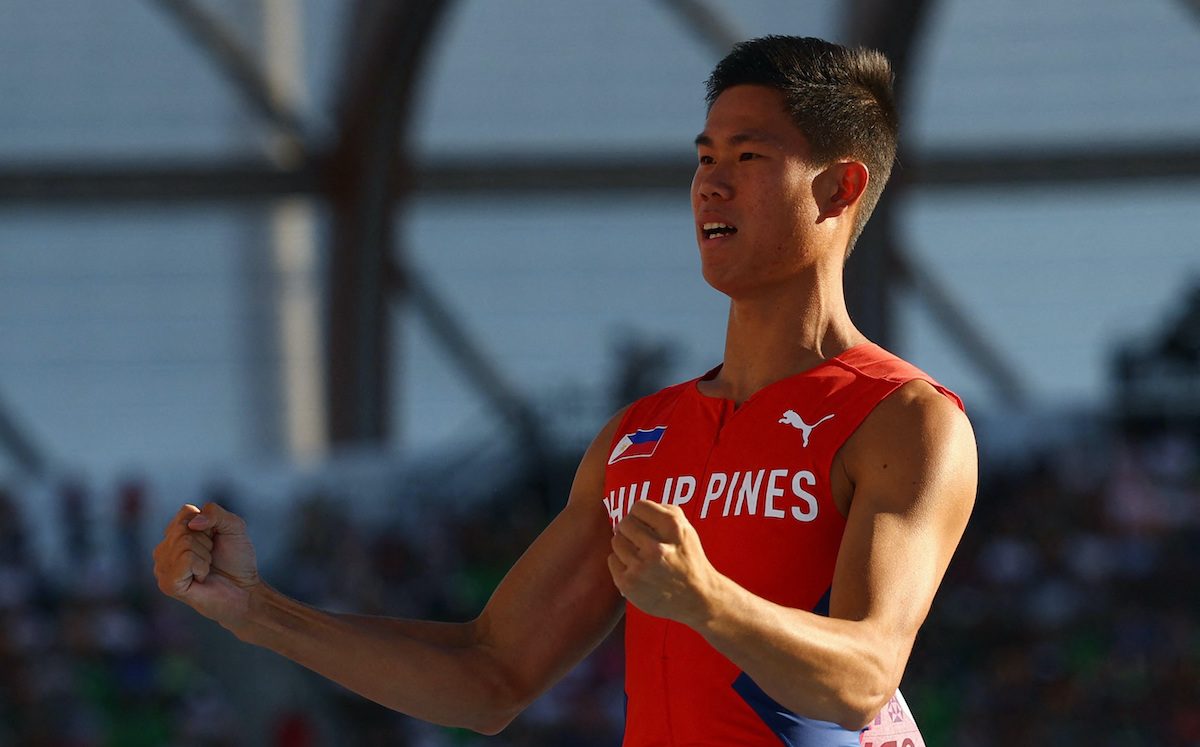 Obiena reset his own Asian record by a centimeter with a clearance of 5.94 meters to become the first Filipino to win a medal in the world championships.

Falling short on his first try, Obiena soared past 5.94m on his second attempt as he broke his previous continental, national, and personal mark of 5.93m he set in the Golden Roof Challenge in Austria in September.

The only competitor left after surpassing 6m, Duplantis reached new heights to replicate his golden finish in the World Athletics Indoor Championships in Serbia in March.

Home bet and Tokyo Olympics runner-up Chris Nilsen also finished with 5.94m like Obiena, but the American edged the Filipino for the silver by needing just one try to clear the height.

Obiena and Nilsen both bowed out at 6m as Duplantis continued his dominance.

Braz registered back-to-back fouls at 5.94m before reserving his final attempt at 6m only to fail again, paving the way for Obiena to secure a podium spot.

A total of 32 pole vaulters competed in Oregon, including another former Olympic titleholder in Renaud Lavillenie of France, who landed at fifth with a season-best of 5.87m. – Rappler.com