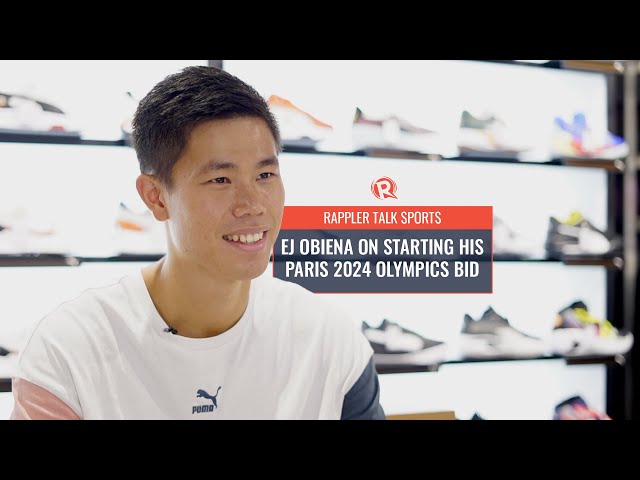 Facebook Twitter Copy URL
Copied
After a year mixed with golden moments and challenges, EJ Obiena sets his sights on an Olympic medal in Paris

MANILA, Philippines – EJ Obiena got a few weeks of rest in the Philippines, but will be back in action overseas soon as he gears up to qualify for the Paris 2024 Olympics.

Obiena had a stellar, yet tumultuous year. At the start of 2022, he was kicked out of the national team at the height of his fallout with the Philippine Athletics Track and Field Association (PATAFA) over liquidation issues.

But thanks to his supporters, he was able to continue representing the Philippines in phenomenal fashion – cruising to a historic world championship bronze, resetting the Asian pole vault record, bagging a second Southeast Asian Games gold, and upsetting world No. 1 Armand Duplantis for the gold in an elite tournament.

With his growing platform, the 26-year-old pole vaulter hopes to keep making the country proud by winning an Olympic medal and supporting his fellow Filipino athletes, who are going through the same challenges he faced. – Rappler.com