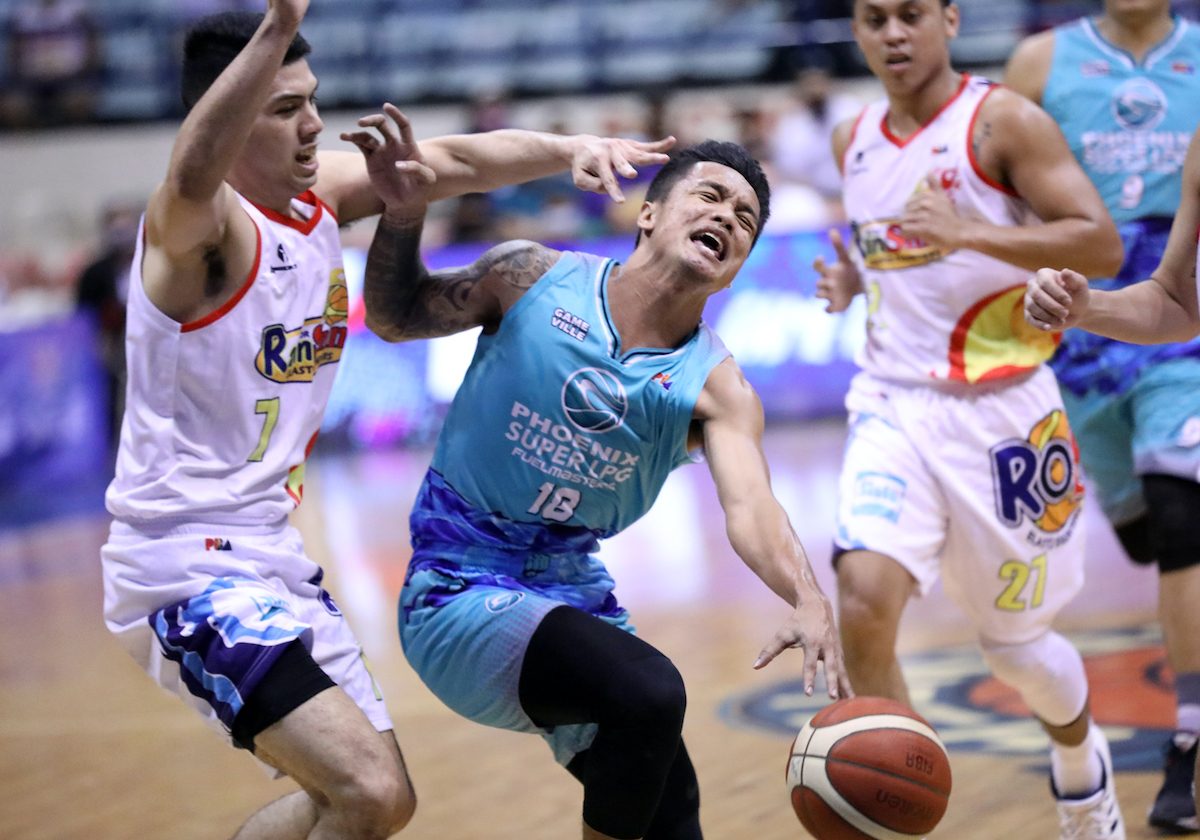 WINNING STREAK. Encho Serrano and Phoenix have been on a tear after a dismal 0-3 start.

Encho Serrano took the cudgels from fellow rookie Tyler Tio and delivered a pair of big games to earn the PBA Press Corps Player of the Week honors for the period of October 26 to 30 as the Fuel Masters remained hot.

The 19th overall pick averaged 17 points on 50% shooting to go with 4 rebounds and 4 assists in wins over Rain or Shine and TNT that extended the Phoenix winning streak to five straight games.

Serrano became the second Fuel Masters player to win the weekly citation in the Commissioner’s Cup after Tio got named Player of the Week earlier this month for helping Phoenix rise after an inauspicious 0-3 start.

But with Tio seeing his production drop, Serrano stepped up as the Fuel Masters matched the longest winning streak of the conference first achieved by top seed Magnolia.

Serrano dropped a career-high 18 points, 5 rebounds, 5 assists, and 1 block in just 21 minutes of play in a 92-83 victory over the Elasto Painters.

The former La Salle standout then contributed 16 points, 3 rebounds, 3 assists, and 1 steal as Phoenix caught another big fish in the Tropang Giga following a 91-88 squeaker.

Rising to the occasion, Serrano nailed the go-ahead free throw for an 89-88 lead before Tio put TNT at bay with the win-sealing foul shots.

Serrano bested the Converge duo of Jeron Teng and Alec Stockton, who both played key roles as the FiberXers won four games in a row, for the award given by the men and women regularly covering the PBA. – Rappler.com