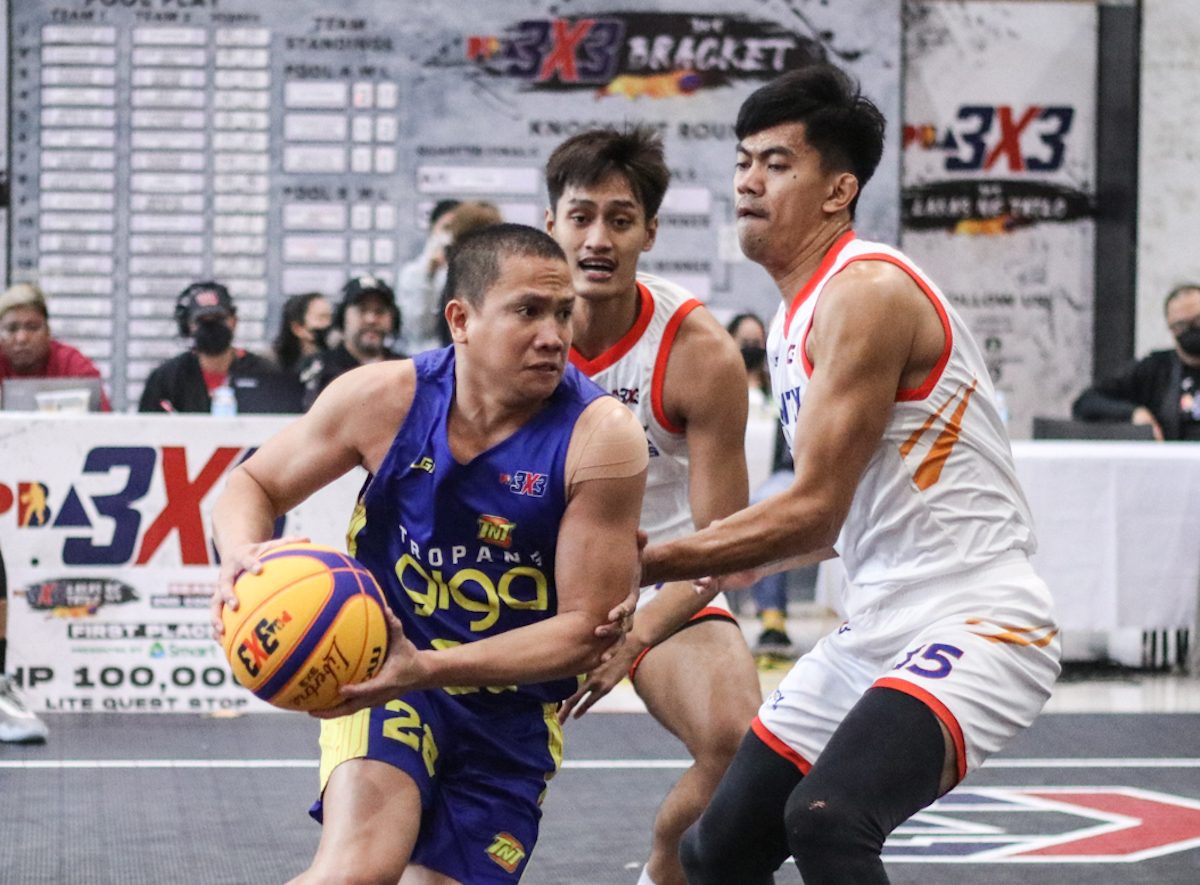 MAN ON A MISSION. Almond Vosotros punishes Cavitex with his sweet shooting from deep to steer TNT to victory.

MANILA, Philippines – It did not take long for TNT to return to the zenith of PBA 3×3 as it captured the Leg 3 title of the Second Conference following a 21-17 finals win over Cavitex at the Robinsons Novaliches on Sunday, November 20.

Almond Vosotros erupted for 15 points and went on a personal 12-4 run to steer the Tropang Giga back to the top after they fell short of back-to-back crowns in the previous leg.

Like a man on a mission, Vosotros singlehandedly erased the Braves’ 13-9 lead, knocking down 6 two-pointers in a blazing two-minute stretch Cavitex had no answer for.

Vosotros drained the game-winning deuce with 2:40 minutes left as TNT claimed its sixth crown, including the First Conference grand championship, of the second season.

The sweet-shooting gunner went 7-of-13 from beyond the arc and added 4 rebounds and 3 assists in the comeback win that netted the Tropang Giga the top prize of P100,000.

Gryann Mendoza tallied 3 points, Lervin Flores put up 5 assists on top of his 2 points and 1 block, while Mark Acuno had 1 point for TNT.

Bong Galanza and Sherwin Concepcion fired 5 points each for the Braves, who settled for P50,000.

Meanwhile, Meralco secured its first podium finish of the Second Conference after nailing third place with a 17-15 victory over Barangay Ginebra.