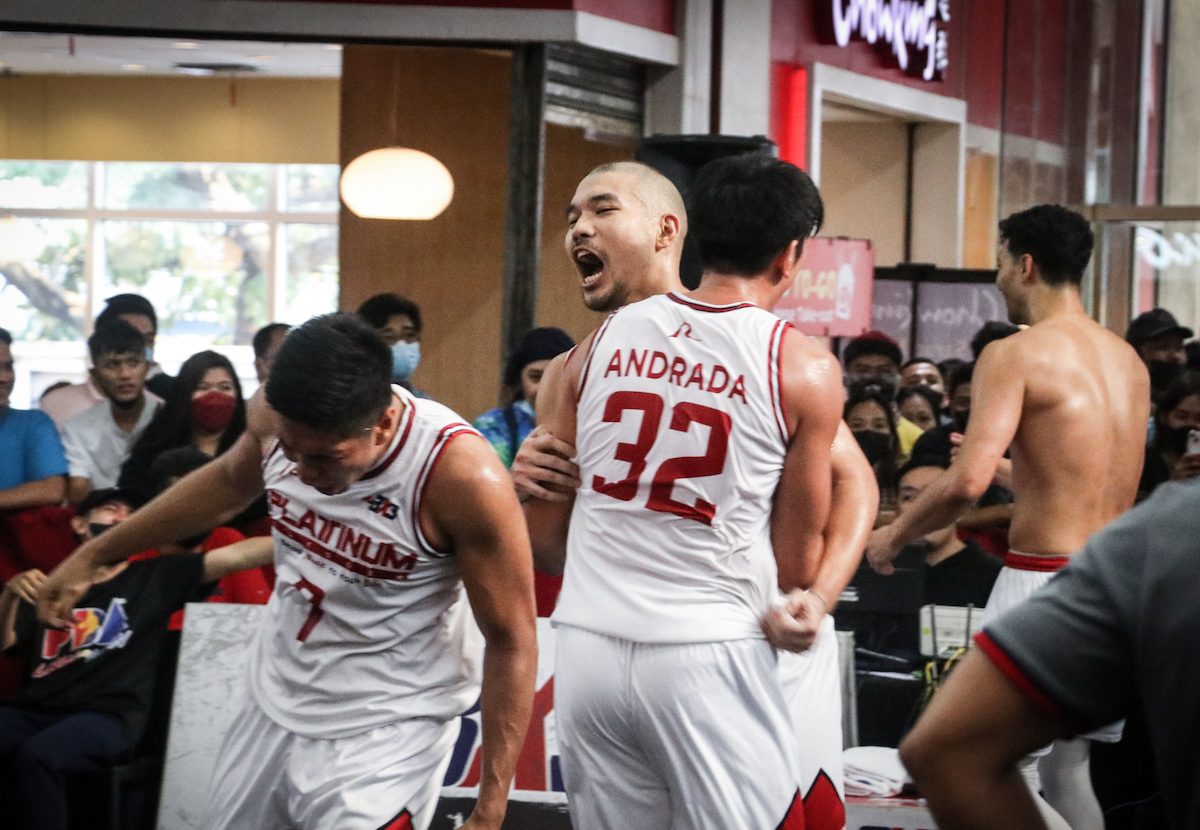 MANILA, Philippines – Platinum Karaoke finally got over the hump in PBA 3×3 and captured its breakthrough title.

Terrence Tumalip finished with 6 points and hit a clutch deuce to lead Platinum Karaoke in its 13-12 squeaker against Cavitex in the Leg 4 finale of the Second Conference at the Robinsons Malabon on Sunday, November 27.

Always the bridesmaid after falling short of the championship twice, Platinum Karaoke put together a sensational playoff run that saw it stun Leg 1 and 3 titlist TNT in the quarters and beat Leg 2 king J&T Express in the semis.

Pitted against a hungry Cavitex side seeking its first title of the conference in the finals, Platinum Karaoke banked on Tumalip and Brandon Bates late to hack out the win.

Tumalip drained a two-pointer to make it 13-10 with under a minute left, while Bates denied Jorey Napoles’ potential game-winning deuce at the buzzer to seal the victory.

Bates tallied 4 points and 4 rebounds, Nico Salva chimed in 3 points, while Yutien Andrada posted 5 rebounds and 2 blocks as he won a championship at last as the only remaining player from the original Platinum Karaoke roster.

“So proud of this team. It has been a long time coming,” said Platinum Karaoke coach Anton Altamirano.

Platinum bagged the top purse of P100,000 as Cavitex settled for P50,000 in its second straight runner-up finish.

Napoles chalked up 6 points and 6 rebounds in the loss, while Dominick Fajardo added 4 points and 8 rebounds for Cavitex.

Joseph Sedurifa and Robert Datu netted 9 points each for J&T Express, which escaped with the victory thanks to Robin Roño draining the game-winning deuce. – Rappler.com