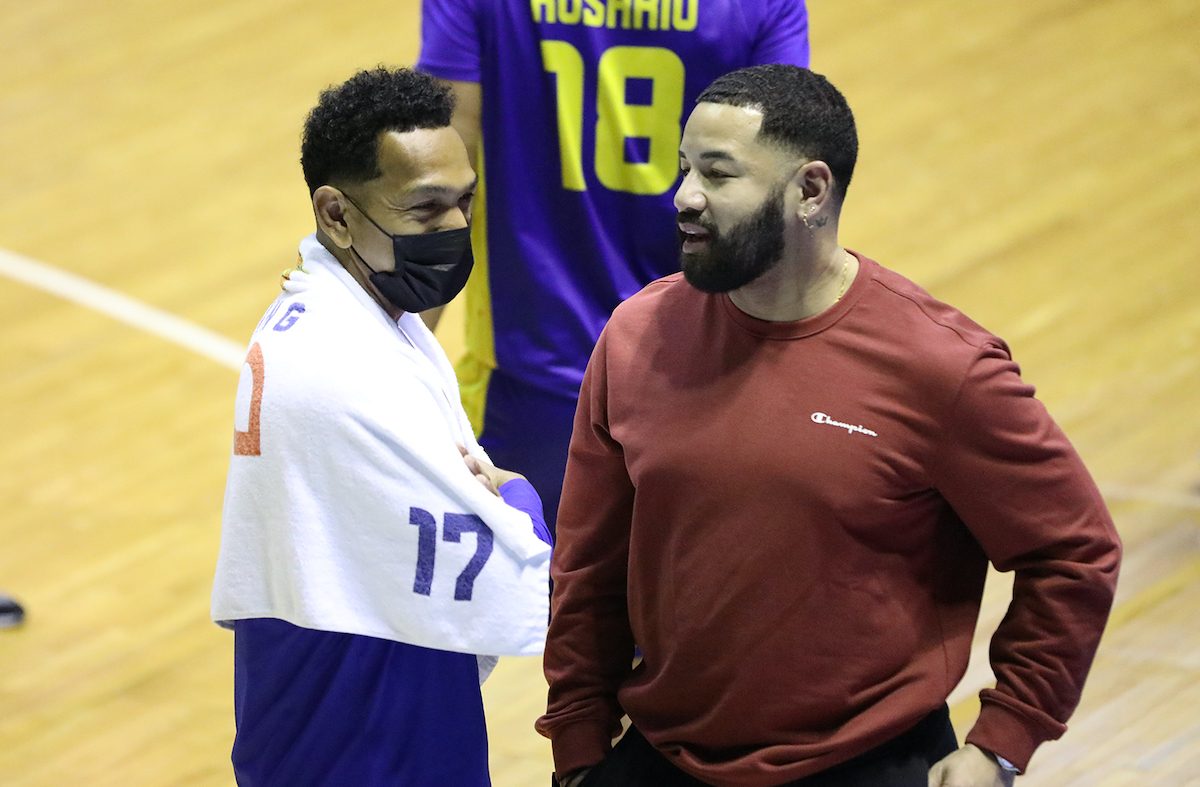 SIDELINED. Injured TNT veteran Jayson Castro gets much-needed rest as he sits out Game 6 of the PBA Philippine Cup finals.

Facebook Twitter Copy URL
Copied
Still nursing a sprained ankle, Jayson Castro says he will give Game 7 a shot as TNT tries to get the job done in the PBA Philippine Cup finals after San Miguel forced a sudden death

Castro said he will give Game 7 a shot as the Tropang Giga try to get the job done in the PBA Philippine Cup finals after the San Miguel Beermen forced a sudden death with a convincing 114-96 victory on Friday, September 2.

The veteran guard sat out Game 6 after sustaining a sprained ankle in Game 5 last Wednesday.

Castro has been a vital cog for TNT in the title duel.

He hit the game-winning buzzer-beater in Game 1 and dropped a conference-high 26 points on top of 6 rebounds, 4 assists, and 3 steals in Game 4 as the Tropang Giga tied the series at 2-2.

Although the defending champions survived his abrupt exit in Game 5 to take a 3-2 lead, it is probably not coincidence that the first game Castro sat out marked the most lopsided loss by any team in the best-of-seven affair.

Without Castro, TNT allowed San Miguel to score 40 points in the first quarter, which according to PBA chief statistician Fidel Mangonon is the most points given up by the Tropang Giga to any team this conference.

But on the other side of the coin, Castro got much-needed rest to recover from his ankle injury as he looks to make his presence felt in the rubber match.

“There is still extreme pain. Hopefully tomorrow, I’ll be okay. I can practice, and at the same time, help in Game 7,” Castro said.

Game 7 is slated on Sunday, September 4, at the Araneta Coliseum. – Rappler.com