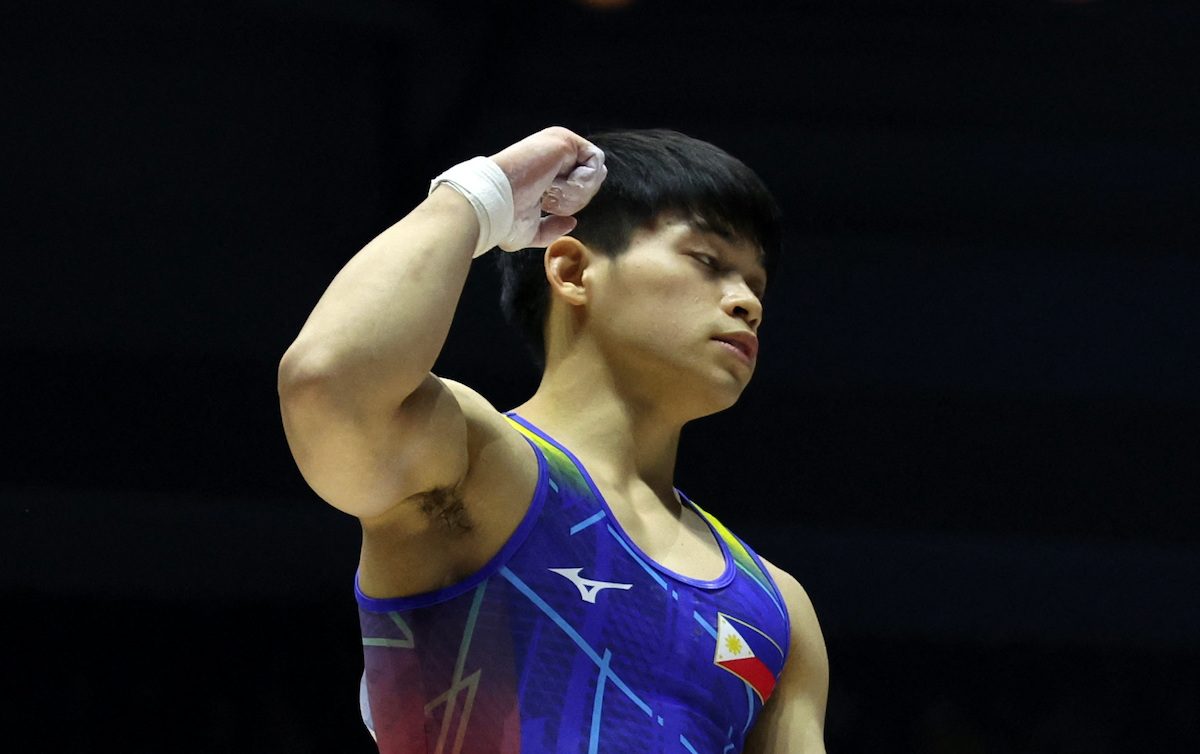 MANILA, Philippines – Filipino gymnastics star Carlos Yulo will not be denied in the event where he once won a world title.

Yulo finally captured his first medal in the World Artistic Gymnastics Championships in Liverpool, England as he bagged silver in the vault on Sunday, November 5.

Falling short of a second straight vault world title, the pint-sized dynamo scored an average of 14.95 points to finish behind Armenia’s Artur Davtyan, who clinched gold with 15.05 points.

Yulo saw his bid for a podium finish in the floor exercise and all-around crushed over the past two days as he landed at seventh and eighth place, respectively.

But the 22-year-old refused to suffer the same fate in the vault finals.

However, the gold proved elusive, with Davtyan, who performed second to last out of the eight finalists, scoring 15 and 15.1 points on his two vaults to deny Yulo of the top prize.

The vault finals ended up as repeat of the one-two finish in the qualification, where Davtyan – the vault bronze medalist in the Tokyo Olympics – edged Yulo for the No. 1 spot.

Yulo now has two gold, two silver, and one bronze medals in the history of the world championships. – Rappler.com