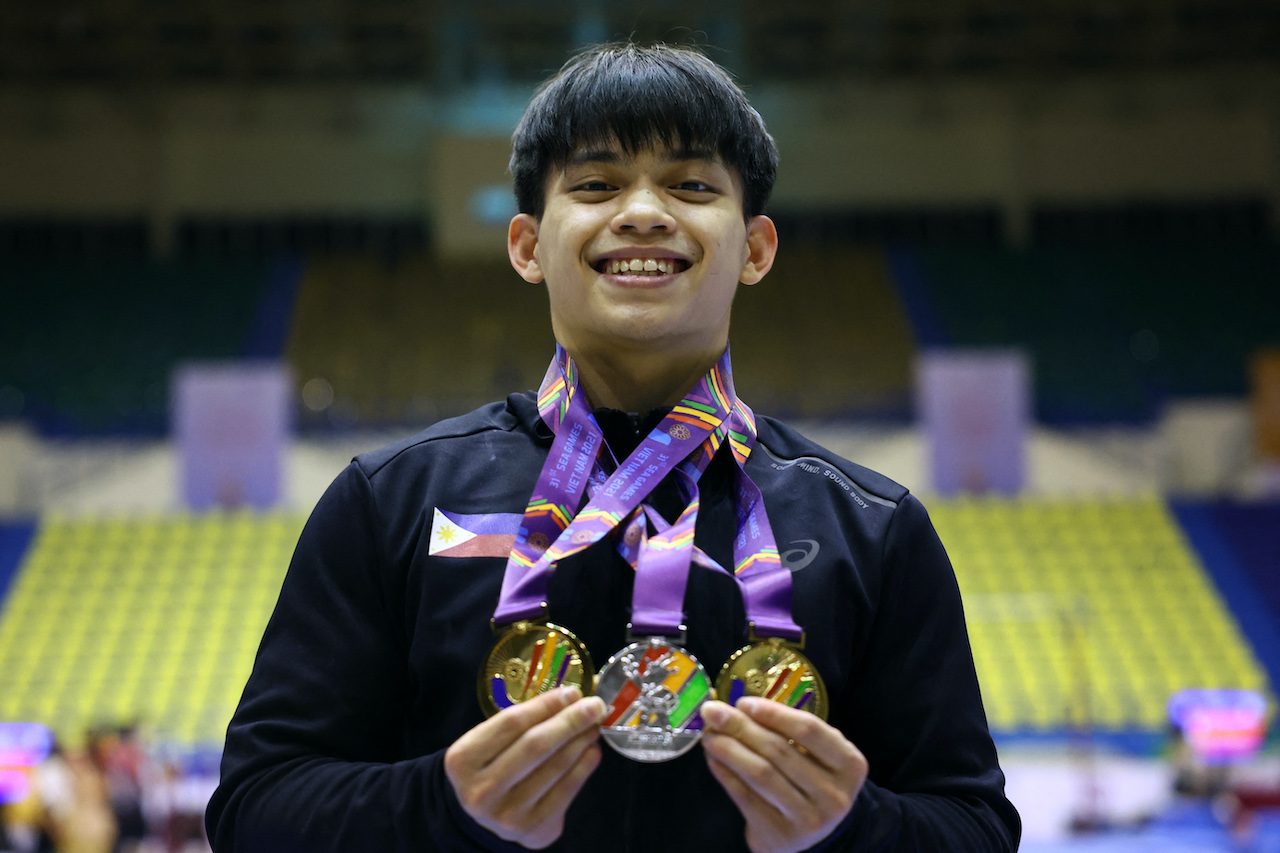 MANILA, Philippines – Carlos Yulo and the national dancesport team powered the Philippines’ biggest gold haul yet in the Southeast Asian Games in Vietnam on Monday, May 16.

Yulo captured two more golds, while dancesport produced four golds as the Philippines bagged 10 gold medals on Monday to remain at third place in the medal table with a total of 30 golds.

Poised to repeat his feat as the Philippines’ most bemedaled athlete in the SEA Games, the pint-sized Yulo wrapped up his men’s artistic gymnastic campaign in style by ruling the vault and horizontal bar.

Yulo fell short of a sweep of his three events on Monday after settling for silver in parallel bars.

Overall, the Olympic gymnast copped five golds and two silvers as he also reigned in the individual all-around, floor exercise, and still rings.

Just like the 2019 SEA Games, dancesport proved to be a gold mine for the Philippines.

The Philippines topped the Viennese waltz, five dance, and tango courtesy of the pair of Sean Mischa Aranar and Ana Leonila Nualla.

The tandem of Mark Jayson Gayon and Mary Joy Renigen delivered the Philippines’ other dancesport gold on Monday as they defended their crown in slow foxtrot on top of their silvers in quick step and waltz.

Ninobla captured the Philippines’ first gold in taekwondo as she ruled the women’s individual recognized poomsae for the second straight SEA Games.

The Philippines’ other two golds of the day came from bowler Merwin Tan and swimmer Chloe Isleta as they both ended noteworthy droughts in their sports.