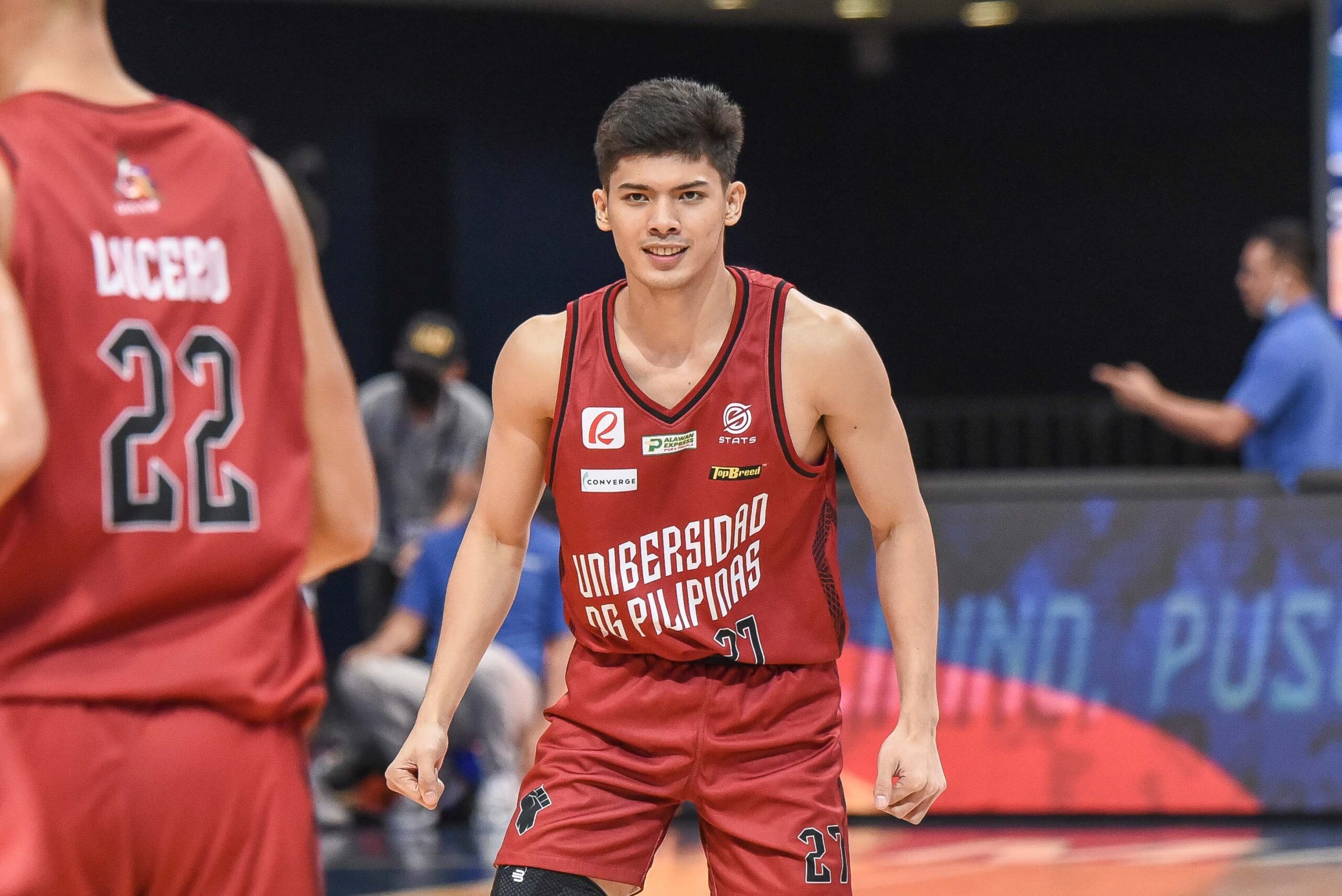 MAJOR COMEBACK. CJ Cansino returns in a big way for the UP Maroons.

Facebook Twitter Copy URL
Copied
CJ Cansino knew it wasn’t time to play safe, so bad knee and all, the UP sixth man made his 12-minute run – highlighted by an overtime-forcing triple – all worth it

MANILA, Philippines – The UP Fighting Maroons’ championship hopes for Season 84 looked all but dead after sixth man CJ Cansino injured his right leg prior to their Final Four series against La Salle.

Relegated to cheerleading duties for the entirety of UP’s nail-biting playoff run, the former UST standout pleaded his case to play in UP’s do-or-die Game 3 finals match against Ateneo, and to the surprise of many, his all-in gamble paid off.

Twelve minutes. That was all the time Cansino needed to drop 14 meaningful points – capped by an overtime-forcing triple – to help lift UP to its first title in three decades with the toppling of the Ateneo empire.

For the former UAAP juniors MVP, biting back the pain of his ailing right knee was all worth it in the end.

“That night we lost to Ateneo (in Game 2), I was just thinking, ‘What would I sacrifice, myself or my team?’ Right there, I didn’t have any second thoughts,” he said in Filipino during the championship presser.

“I said whatever happens to my career or my injury, I won’t let my teammates, coaches, or the UP community down, because you can see how much they want this.”

For UP coach Goldwin Monteverde, he was just glad that his own gamble on his prized ward and his future did not come back to haunt them both, and that Cansino stuck true to his word of doing all he can.

“When I put him in the game, I never had a second thought about it because the way he sold himself really convinced me. I really felt that he’s really willing to give it his all for this game,” he said in Filipino.

The UP community had been waiting 36 years for a golden opportunity like this and Cansino knew this was not the time to play safe.

Bad knee and all, he took a leap of faith, somehow stuck the landing, and now stands tall as a UAAP champion. – Rappler.com