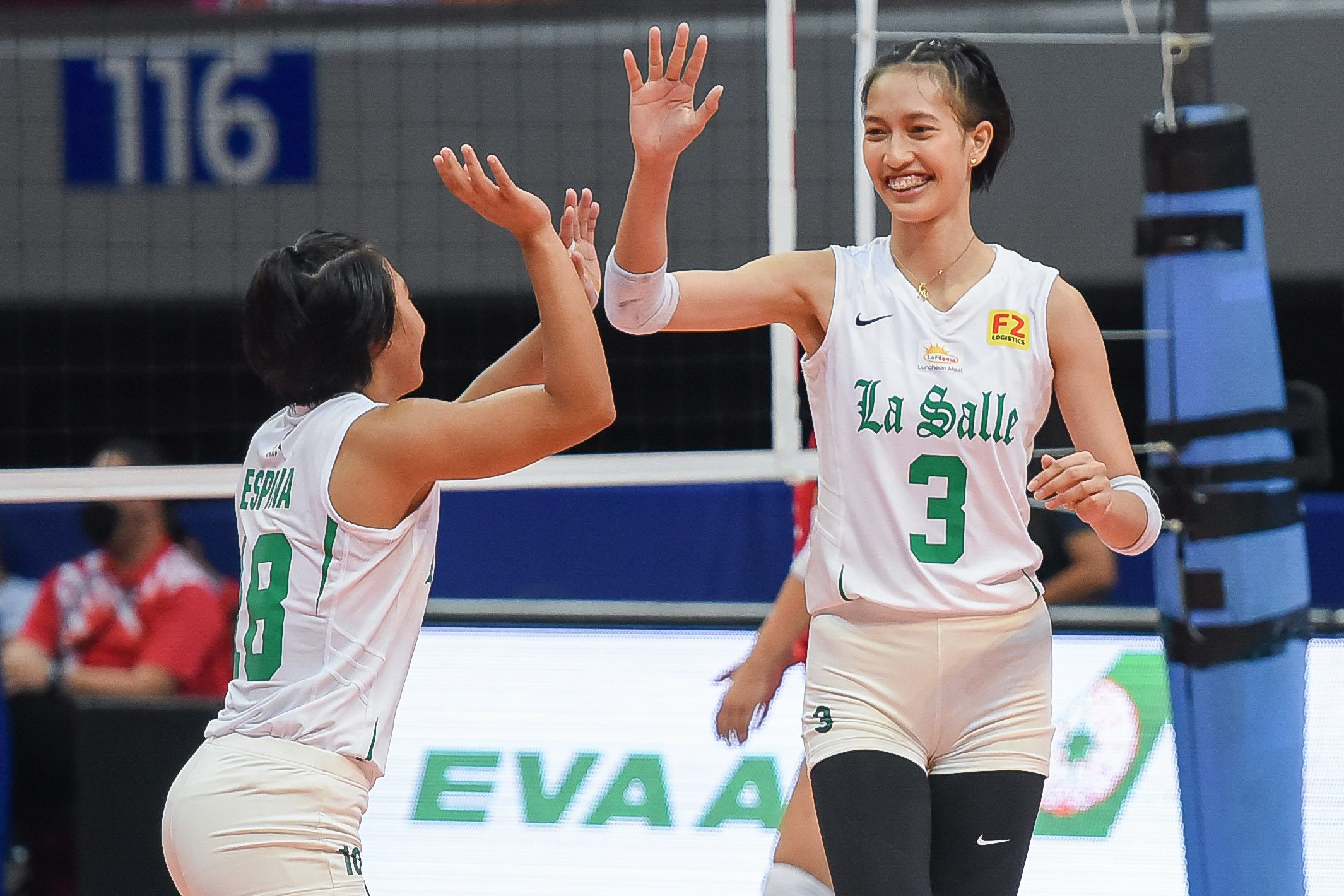 MANILA, Philippines – The La Salle Lady Spikers continued their late-season winning run at the UAAP women’s volleyball tournament with a Season 84 Final Four-clinching sweep of the winless UE Lady Warriors, 25-12, 25-19, 25-22, at the Mall of Asia Arena on Saturday, June 4.

Star blocker Thea Gagate led the way with 12 points off 9 attacks and 3 blocks, while super rookie Leiah Malaluan also led with 12 markers. Three others scored 8 each for the 9-3 Lady Spikers, thanks to another superb playmaking display by setter Mars Alba, who finished with 14 excellent sets.

La Salle now intends to keep its bid for a pivotal twice-to-beat advantage alive on Tuesday, June 7, as it takes on longtime rival and defending champion Ateneo Blue Eagles at a 4 pm showdown. The streaking Eagles, still just clinging on to the fourth spot with a 6-5 slate, will also need all the wins they can get moving forward.

Desperate for a breakthrough, UE hung tough against La Salle until the very end of the third set and trailed by just one, 21-22, after back-to-back points by Dara Nieva. However, the Lady Warriors shot themselves in the foot after top scorer Ja Lana gifted match point to UE, 24-21, off an attack that sailed too low.

One Rhea Manalo match point save was not enough as Leila Cruz capped the game off with an off-the-block hit.

“We got a 3-0 win but UE really fought, showed up on defense, and really never gave up,” said La Salle assistant coach Benson Bocboc in Filipino.

“We had long rallies, but so far, our blockings were successful. We just have to patch up a few more things for the next games.”

Nieva paced the winless UE side with 12 points, while Manalo scored 10. Lana was held to just 5 points as the Lady Warriors dropped their 16th straight assignment dating back to 2019.

UE can stop its skid with an upset win against the third-ranked but recently shaky UST Golden Tigresses on Tuesday’s opening game at 10 am. – Rappler.com