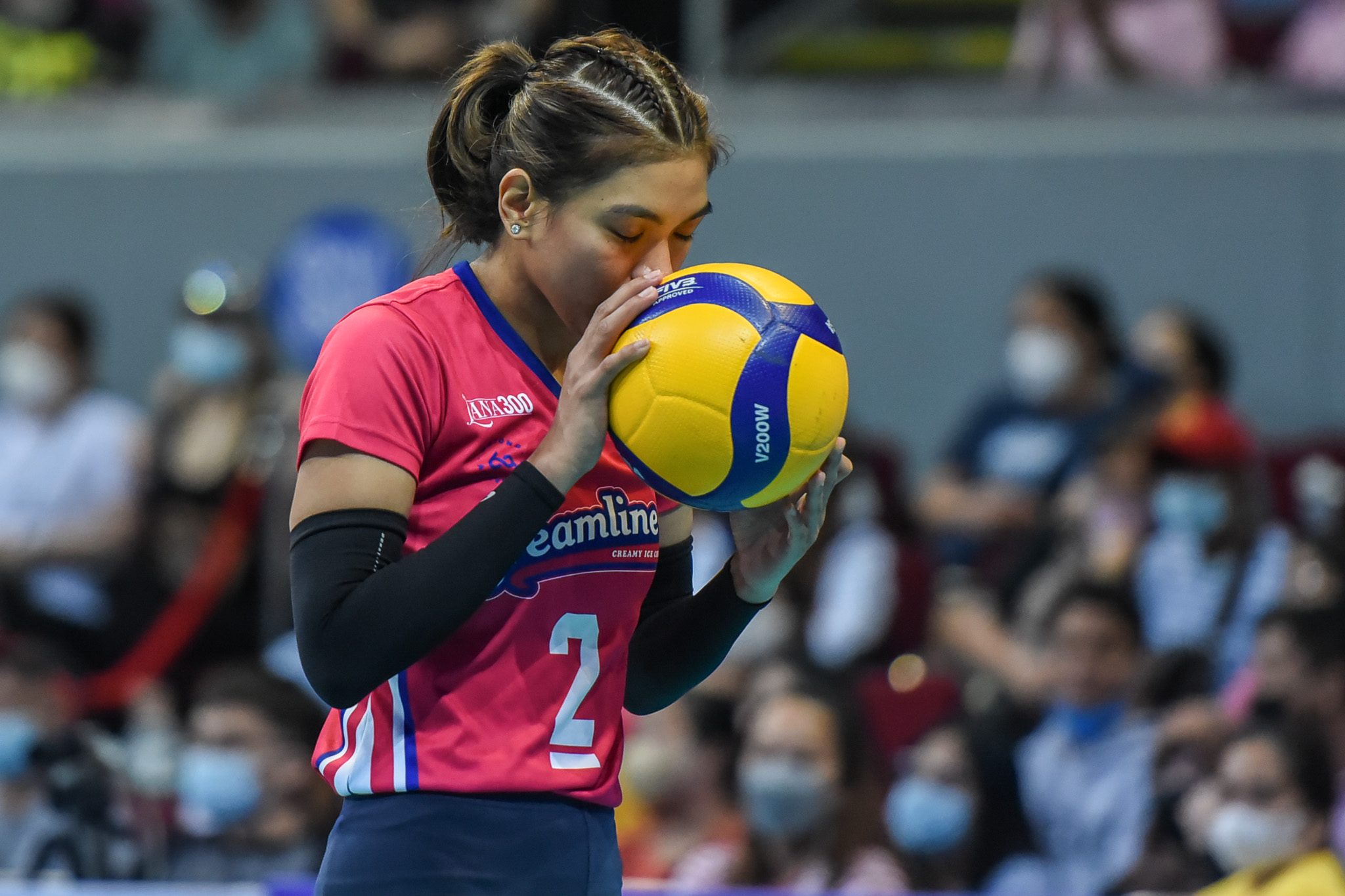 Facebook Twitter Copy URL
Copied
Creamline stars Alyssa Valdez and Tots Carlos – who are both used to massive crowds in their games – are still left stunned and grateful by the 19,117 fans who attended their sister team showdown with Choco Mucho

MANILA, Philippines – The Mall of Asia Arena was a literal rocking madhouse last Thursday, November 17, as the PVL enjoyed its largest pandemic crowd yet for its blockbuster clash between Rebisco sister teams Creamline and Choco Mucho.

Decked in the pink and purple colors respectively signifying the Cool Smashers and Flying Titans, 19,117 raucous fans brought the energy from the VIP seats all the way up to the nosebleed sections as Creamline downed Choco Mucho to wrap up its elimination round schedule.

Apart from being happy with the win, Creamline’s MVP duo of Alyssa Valdez and Tots Carlos also showed appreciation to all the fans who trooped onsite to watch a nerve-wracking four-set clash between the two contending teams.

“The crowd got their money’s worth,” Valdez said in Filipino. “Always gonna be grateful for all the fans who travel from all over the country just to watch this game. Tickets really get sold out. Thank you so, so much.”

“So that’s why I couldn’t hear anything on the court,” Carlos joked in Filipino. “But yeah, we’re happy, especially for Rebisco, that there’s a large gathering like this. For sure, sir Jo [Ng] is very happy that there are a lot of supporters of Rebisco teams.”

Prior to this record crowd, Creamline and Choco Mucho also set the league’s previous pandemic attendance records of 16,687 back in Game 2 of the 2022 Open Conference semifinals and 15,237 in their 2022 Invitational Conference clash.

Both teams will again have a chance to meet each other in the Reinforced Conference round-robin semis starting November 24 if ever Choco Mucho books one of the last two playoff spots with four teams still in the running.

“We really want to say thank you to all of you and we really appreciate you all,” Valdez continued. “We hope you – as much as we love the sport – also love and appreciate the sport and the players, may they be from other teams.” – Rappler.com