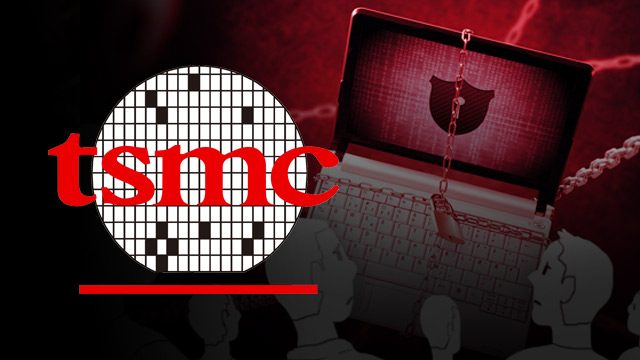 Facebook Twitter Copy URL
Copied
TSMC says some of its computer systems and equipment in its Taiwan plants were infected on August 3 during software installation. The incident is expected to cause shipment delays and cut third-quarter revenue by 2%.

TAIPEI, Taiwan – Chipmaker giant Taiwan Semiconductor Manufacturing Co (TSMC) said on Monday, August 6, the computer virus that brought its production to a halt for two days was a variant of the WannaCry ransomware that hit users all around the world.

WannaCry infected more than 200,000 users in more than 150 countries last year, encrypting user files and demanding ransom payments from their owners to get them back.

TSMC – a key Apple supplier – said some of its computer systems and equipment in its Taiwan plants were infected on August 3 during software installation, which is expected to cause shipment delays and cutting third-quarter revenue by 2%.

It comes as Apple is set to release new iPhone models later this year.

TSMC declined to specify which customers and products are affected by the brief outage, but it said no confidential information was compromised.

Chief Executive Officer C.C. Wei told reporters and analysts on Monday that the virus has been eliminated and all production is back online.

Wei ruled out the incident as a hack targeted at the company, but an oversight by employees to conduct virus scans properly.

“This is purely our negligence so I don’t think there is any hacking behaviour,” he said.

“We regret this. There won’t be any more human errors,” said Wei.

He added that TSMC will develop a more automated anti-virus procedure going forward.

The firm said it is in close contact with its customers to minimise the impact, and maintains its sales growth outlook for the year. – Rappler.com