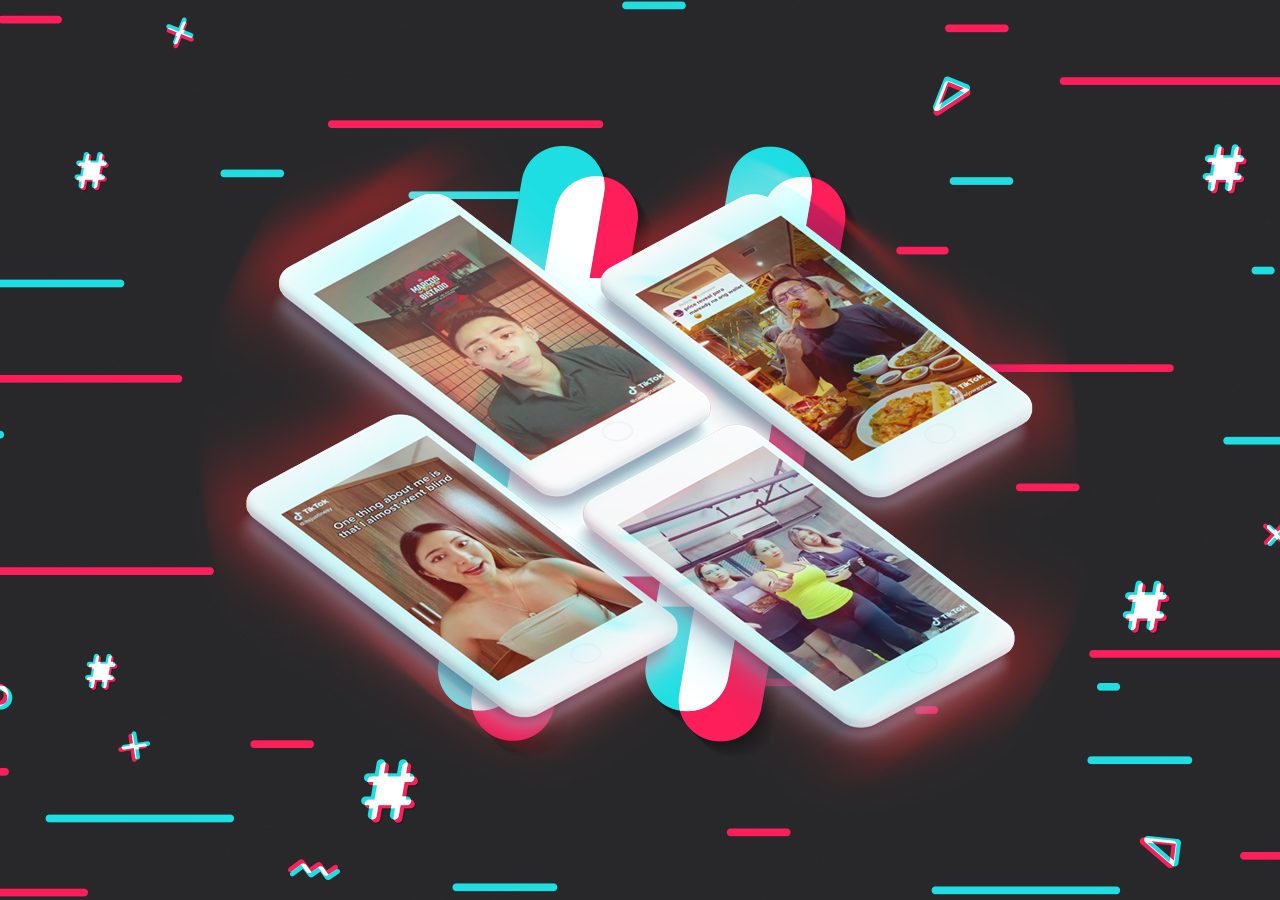 TikTok’s rise to fame was fast – so fast that its usage worldwide shot by around 180% during the pandemic as youngsters aged 15 to 25 used the app to create content at home.

Filipinos were no exception, either. At least 44.4 million TikTok users are active in the Philippines today.

TikTok has seen various content from Filipinos in 2022. From dance challenges and mukbang moments to story times, here are some of the TikTok content that went viral on the platform in 2022.

Dance challenges are at the core of TikTok, taking up a good portion of the platform. Here’s a roundup of some of the hit dances that Filipinos got into.

Jiggle Jiggle. A viral rap track off of an interview soundbite. British-American journalist Louis Theroux became a TikTok sensation after rhythm was embedded to the original rap he shared during an interview. Take a look back through this video.

Filipinos just couldn’t stop dancing to it afterwards. Watch actress and dancer Regine Tolentino with her two daughters jive to the music.

It became a trend that TikTok user Kathleen Landicho even created a step-by-step tutorial for people to easily follow.

Somebody That I Used to Know. How creative can Filipinos be on TikTok? In this dance challenge, some users added more fun to their videos by using point-of-view transitions.

A group of friends used the dance trend to show their quick change from wearing casual clothes to sports attires.

Meanwhile, Melchor Abangan went for a playful take on the dance challenge. “‘Yung crush ka ng crush mo pero joke lang pala (Your crush really likes you – but it was only a joke),” he wrote.

Something New. TikTok dances can be more complex than the usual hand and upper body coordination. It now includes footwork – a lot of it, apparently – as seen in the “Something New” dance challenge.

Give It Up. Even an 80’s hit can still rock it in 2022! Social media influencer Niana Guerrero’s choreography to the hit song sent good vibes to Filipinos on TikTok.

Actor Gardo Versoza and dancer Rayver Cruz found their groove in this song.

These guys from Black Cookies Production might have taken a break from filming to join the dance craze.

Burn. A more groovy and danceable version of Usher’s “Burn” in 2004. A few listens would definitely get you to press the recording button!

These BPO employees may have figured how to burn the stress away and have fun.

Cardboard Box. Filipinos on TikTok did not pass on this bop!

Singer Janno Gibbs brought aliw to his viewers as he posted his take on the “Cardboard Box” dance challenge. “Ganito kasi dapat (This is how it should be done),” he wrote in the caption.

This couple went all out for the dance trend. They captured the viewers with their precise movements and video direction.

Made You Look. This song captured the best of both the worlds of makeup and dance! American singer-songwriter Meghan Trainor surely made us look at these creative Filipino TikTok users.

A group of friends passed the vibe test as they pulled a whole production for this challenge.

Pink Venom. It’s no longer just the BLINKs, it’s almost everyone in the TikTok community that was infected by K-pop girl group BLACKPINK, especially after the release of their song Pink Venom.

Tiktok user Jade Nicole, in her hospital uniform, showed what it’s like to dance to a BLACKPINK hit!

Fans and followers of Stacy and Gwen of P-pop girl group BINI dubbed them as “JenLisa ng Pinas” after posting their version of the challenge.

RUN BTS. It didn’t take long for this BTS song to take off on TikTok, especially after the release of its official choreography which a lot of users tried to hop on to.

This duo definitely understood the assignment.

But for those who want to keep it lowkey and still join the trend, BTS’ Jungkook posted on his Instagram stories a relatively easier take on the challenge.

Social media influencer Niana Guerrero and sister Natalia did not sleep on this challenge.

A University of Santo Tomas student received compliments as in her video, she turned out to be a mix of Wednesday and Nanno from the Thai mystery thriller anthology Girl from Nowhere.

Everyone has a story to tell. While most rely on film, literature, or music as their medium of expression, some storytellers have found a new medium on TikTok.

Some shared their stories while putting on makeup, like a friend you’re on a video call with. Iris Arboleda showed us what’s up.

One thing about other users, meanwhile, is they sang their narrations to the tune of Super Freaky Girl by rapper Nicki Minaj.

While other TikTok users shared real-life experiences, some wrote their own scripts – and acted them out themselves – through entertaining skits.

Many viewers are surely familiar with Fonz, a content creator that acted out make-believe – and even true-to-life – situations with his trusty, iconic lapel.

Content creator Esnyr also made viewers reminisce about their favorite school memories, with his reenactment of familiar scenarios within the classroom and beyond.

What if Wednesday Addams were Filipino? What if TikTok existed long ago? Freya Soriano showed viewers what could’ve been with creative skits, among other content.

Lip sync for your life – or for TikTok! Many users had taken advantage of TikTok’s user-generated sound archive and performed lip synchs out of them.

Why not use it to channel your inner telenovela actor, for one?

Or render a funny lip sync to their favorite songs, like the iconic lip synch duo Moymoy Palaboy?

TikTok also had something for food enthusiasts, whether you’re a full-fledged cook or just a casual eater.

One popular food creator on TikTok is Abi Marquez, who put her own spin on traditional Filipino dishes, like this recipe for bibingka cheesecake.

On the lookout for nokma, bottah, or wangba dishes? TikTok’s Cooking Ina, or Hazel Cheffy, provided recipes with a dash of puns, cups of life advice, and sprinkles of cameos from her family.

If you prefer to eat than to cook, TikTok also offered a slew of restaurant recommendations for your next food trip.

Some even offered price reveals so you can prepare your budget.

Sana all! Couples also took to TikTok to say yes to challenges and post videos of them online.

Some couples, like celebrities Nash Aguas and Mika dela Cruz, answered questions of who’s who in their relationships.

Meanwhile, others showed off their anniversary gifts following certain themes.

“Sama ng loob lang nakukuha ko dito sa TikTok (The only thing I get from TikTok is displeasure),” commented one user on a physically taxing yet sweet challenge.

Not only did TikTok become the home of online entertainment, it was also treated as a go-to search engine of the younger generation, which accounted for the growth and traction of explainer videos.

However, the spread of information on this platform has been crucial, given a study that shows 20% of the search results on TikTok carry misinformation.

As TikTok was among the social media platforms most utilized by candidates during the 2022 elections, it became a platform for varying political views. How, then, was TikTok regulated considering the compromises on information and the entry of politics in the platform? Efforts from social media sites including TikTok appear to be just “empty promises.” To this day, the trail of disinformation continues as different content creators have already established their presence on the platform.

There are content creators who count as pro-administration like Jovalyn Alcantara, also known as Mami Peng. They milk content and engagement from extremely opposing political views shared online.

There are also content creators like Mighty Magulang, who challenged misinformation and disinformation online. Her videos tackled facts about history and voter education, among others.

Through his videos, content creator Karl Serrano perpetuated a neutral mindset on political issues, which according to him are discussions mainly driven by emotions. He may be grouped among those who view politics as a mere subject of choice.

With the emergence of disinformation on the one hand and the convenience and accessibility of TikTok on the other, Rappler multimedia reporter Rambo Talabong found a strong reason to dive into the platform. After a conversation with a young Filipino voter who experienced political awakening through TikTok, he realized the need for an aggressive strategy in countering disinformation instead of shying away from a platform that tolerates it.

What are your favorite TikTok videos this year? What content are you looking forward to from the platform in 2023? – Rappler.com