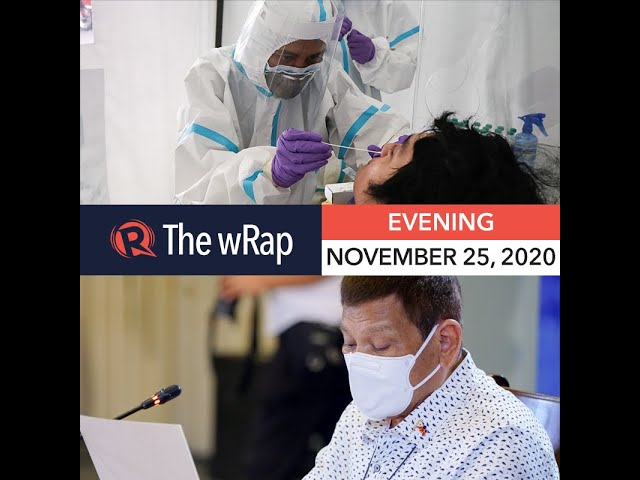 The Philippine government aims to vaccinate around 60 to 70 million Filipinos within 3 to 5 years.

United States President-elect Joe Biden introduces a slate of veteran diplomats and policy-makers who will make up his national security and foreign policy team.