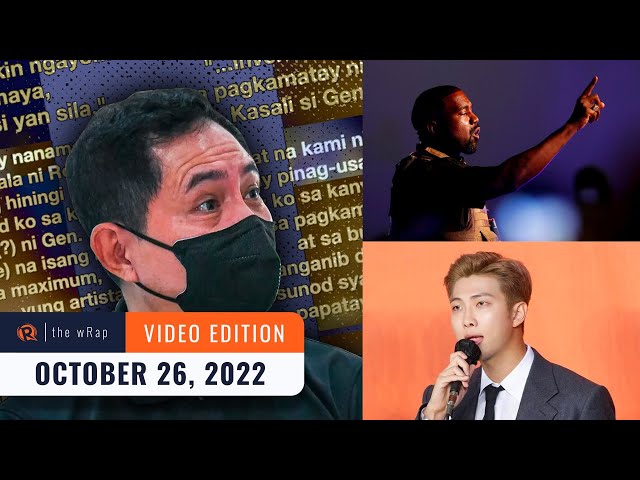 The Department of Education in Central Visayas probes the alleged resale in a surplus store in Cebu of laptops procured by the agency.

A former diplomat posted at the US embassy in Manila admits engaging in illicit sexual conduct with minors during his stay in the Philippines.

Adidas terminates its partnership with rapper Kanye West, who had changed his name to Ye, after a series of antisemitic remarks.

Kpop superstar RM of BTS will host a new educational TV show on Korean cable channel tvN. In a report from The Korea Times, RM will host “The Dictionary of Useless Human Knowledge,” airing later this year. — Rappler.com