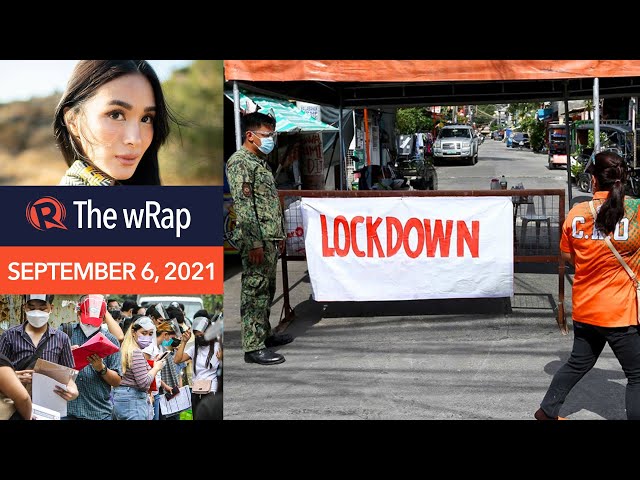 Metro Manila and 36 other areas in the Philippines will be placed under general community quarantine from September 8 to 30, as the Philippines hits its highest one-day tally ever recorded at 22,415 new cases on Monday, September 6.

An influx of voter applicants troop to offices of the Commission on Elections in Metro Manila, Monday, September 6, as voter registration resumes in the capital region 24 days before the registration deadline.

Vice President Leni Robredo is so frustrated by President Rodrigo Duterte’s mismanagement of the pandemic that she’s now tempted to ask him to just let her handle the crisis instead.

Rising Filipino-Canadian tennis star Leylah Fernandez scores the biggest win of her career against world No. 3 Naomi Osaka in the US Open.

Actress Heart Evangelista hits back at people pressuring her to get pregnant. In a series of tweets, Evangelista reminds followers ‘nobody knows the real struggle’ of conceiving. – Rappler.com