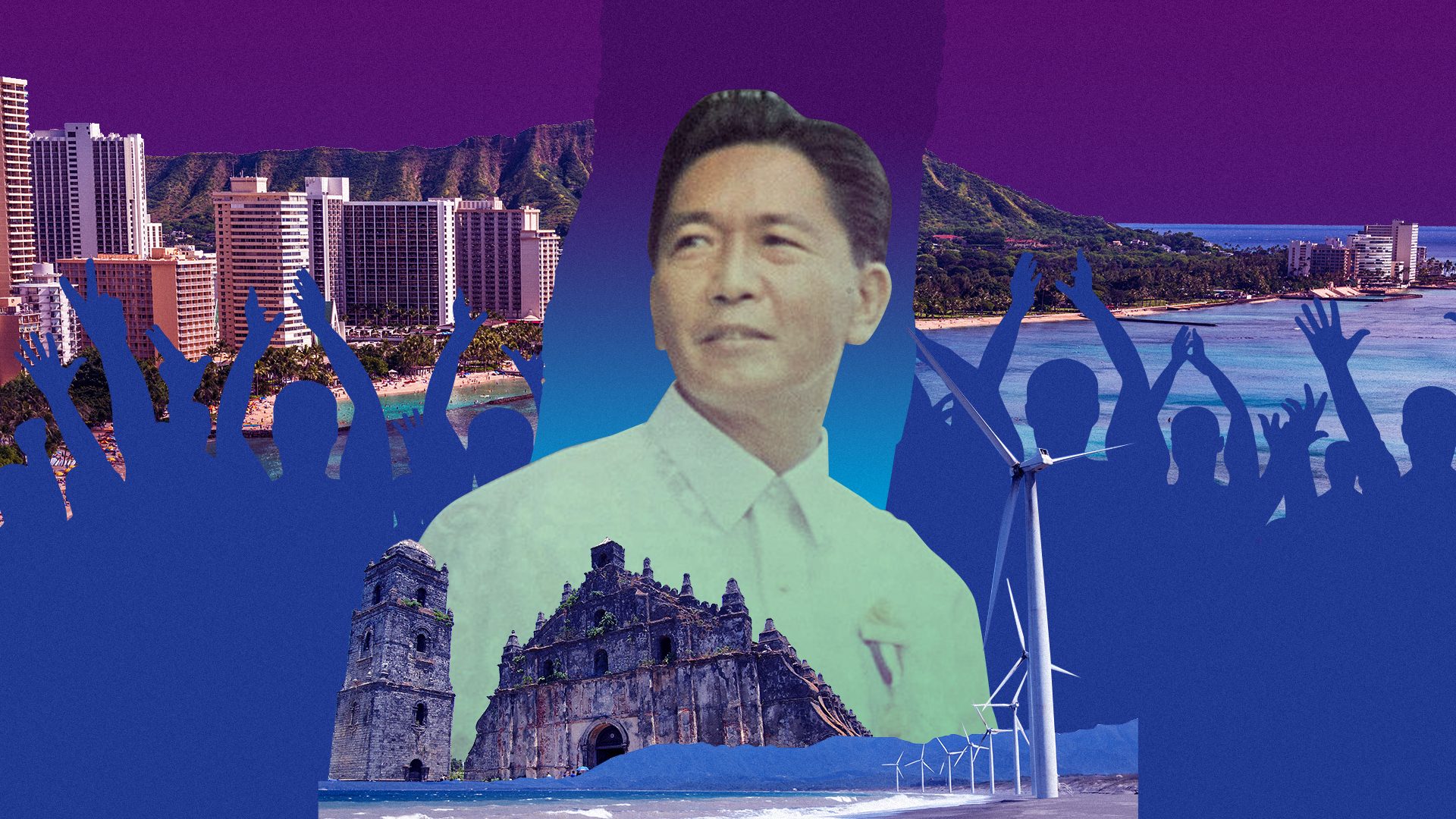 Long before the Marcos family embarked upon using social media to rehabilitate themselves by projecting the Marcos years as the country’s golden era, and therefore their expulsion an injustice, a good number of Ilokano writers since 1986 have represented the Marcoses as victims of vindictive forces in the Philippines. Unlike the Marcos family’s paid social media content generators and trolls, these writers wrote out of the conviction of their hearts. They presented Marcos as a victim of an ungrateful people who have failed to recognize Marcos’ vision for the country and what he did for it.

As “reputational entrepreneurs,” to borrow from Gary Alan Fine’s Difficult Reputations: Collective Memories of the Evil, Inept, and Controversial, these Ilokano writers not only participated in the propagation of the ideals, values, and objectives of the authoritarian regime, but even in the ways by which the regime was maintained and how its goals were pursued. They also have helped sustain, up to the present, a positive image of Marcos. Three major arguments can be identified in the writings of Ilokano writers that justify their support for Marcos: one, the economic and infrastructure development that he achieved; two, that by declaring martial law, he rescued the Filipino nation from falling into the “evil of communism;” and three, that he brought peace and order to the country. Across these themes, they have portrayed Marcos as a benevolent and decisive leader whose actions were justified by a vision of social, political, and economic transformation of the country.

A number of these Ilokano writers are long-time residents of Hawaii, where Ferdinand Marcos continues to be widely supported, a support that has been passed on to his son, Bongbong Marcos Jr. In their exile in Hawaii, the Marcoses, especially Ferdinand, enjoyed strong support from the Filipino, but especially Ilokano, community.

Hawaii-based Ilokano writers have long lamented the injustice committed against Ferdinand Marcos and his family. Here, I will focus on just two. Mario A. Albalos’ “Cry, My Beloved People” provides a contemporaneous account of the first year of exile of the Marcos family. Serialized in the Ilokano weekly magazine Bannawag from June 2, 1986 to July 27, 1987, it not only provides a reportage but also an “ethnographic” record of what was happening. Jeremias Calixto’s essay, “Maysa nga Aldaw iti Valley of the Temples” (One Day at the Valley of the Temples) is a reflection on his encounters in June 1990 with different visitors to Marcos’ grave, less than a year after the exiled dictator’s death on September 29, 1989. Published in Bannawag on September 11, 2000 on the birth anniversary of Marcos, the essay honors and celebrates the memory of a “hero and martyr.” According to Albalos, “Cry, My Beloved People” was supposedly the title that Marcos was going to give the book he was almost done writing. It recalls to mind South African Alan Paton’s novel “Cry, the Beloved Country.” As a loyalist text, “Cry, My Beloved People” provides ample space for views on how the US betrayed Marcos. It also devotes attention to how the international media is unfairly representing him, to how he and his family are not living as comfortable a life as they had while in Malacanang. In other words, how they are suffering. Nevertheless, Abalos also points out how Irene and Imee are often seen shopping in Kahala Mall, where very few Filipinos go as it is upscale and thus it is mostly the wealthy who go there. Imelda is also depicted as fond of going shopping, buying expensive perfumes, orchids, and other items.

One other aim “Cry, My Beloved People” seems keen to accomplish is disprove the rumors about the health of Marcos: that he was suffering from serious health issues, a “lie” that hounded him in the last years of his regime. Abalos provides details of Marcos’ physical activities and the food he can eat to dispel, for example, the “rumors” he required dialysis.

While addressing all these, Albalos depicts Marcos as a paragon. In part 24, reflecting on how, during a mass held at the Marcos residence, Marcos had brilliantly recited different prayers, Albalos writes: “Daytoy kadi ti pangulo a pabpabasolenda a mammapatay ken mannanakaw ti kaban ti nasion? Relihioso ken mamati iti Dios. Agbaliw la ketdi ti pamanunotam kadagiti pammabasolda kenkuana no makitam ti panagkararagna.” (Is this the president being blamed as a killer and plunderer of the national treasury? Religious and a believer in God. You will certainly change what you think about what he has been accused of if you see how he prays.)

“Cry, My Beloved People” humanizes Marcos. Albalos takes pains to depict him as this leader who, forcibly driven out of the country he loves dearly, tenaciously hangs on to the hope that he would one day go back to it. That he and Imelda are to be addressed as President and First Lady in Hawaii could be seen positively in light of this devotion to the Philippines. It is not so much as clinging to a power and position lost as much as it is a sign of their not having reneged on their duties and responsibilities. Albalos quotes Marcos: “I am a man divided; my body physically is here in Honolulu, but my heart, my spirit, my thoughts are with my people in the Philippines who are suffering under a new tyranny.” Albalos also notes that Marcos’ gold watch still shows Philippine time, another symbol of how Marcos has resolutely kept his links to his homeland. Calixto highlights how moved he is by the visit of five Vietnamese women who flew from Los Angeles to pay their respects to Marcos. As Calixto quotes them in his essay, “We are here on a pilgrimage at the Valley of the Temples to pay homage at the shrine of a patriot and a martyr.”

The five women had stayed in the Philippines as refugees at the Bataan Refugee Center. They feel a deep sense of gratitude for the man who had gone out of his way to come to their aid: feeding, clothing, and restoring them to health. As Calixto quotes the women (in Ilokano which I translate here into English): “No country was prepared to give us asylum. But we found out that it was Marcos who did his best to find a country that would welcome us. He found America open for us.”

Calixto amplifies the Marcos loyalists’ explanation of why the 1986 EDSA People Power Revolution happened. That it was orchestrated by the US to take Marcos out as he was becoming a threat to US interests in the Philippines. Indeed, he calls the event in February 1986 not as People Power but American Power. Calixto draws attention to how foreigners recognize Marcos’ kindness and humanity, which many of his compatriots fail to see, indeed, spectacularly fail to see that they would drive him out of the Philippines. For many Hawaii-based Ilokano writers, the main outlet of their writings is Bannawag, the Ilokano-language magazine published in the Philippines that was closely associated with Marcos, it being owned by his associates. This magazine has played a vital role in providing space for the articulation and dissemination of transnational Marcos loyalism between Hawaii and the Philippines, and beyond.

The strength of the Marcos loyalism of these Hawaii-based Ilokanos is demonstrated by what a number of them did for Marcos’ burial in the Libingan ng mga Bayani. In 2016, a month before the scheduled burial on September 18, members of the Marcos for Peace Movement (MPM), based in Honolulu, planned to go home to the Philippines to attend the burial as an expression of their respect for the former president and (false) “war hero.” MPM was led by Ric Agnes, a multiple Palanca-award winning writer from Sarrat, Ilocos Norte and whose stories and novels have been published in Bannawag. His loyalism goes beyond writing to encompass organizing. For him, Marcos’ burial at Libingan ng mga Bayani was well-deserved. Justice, 27 years delayed, was served at last.

Transnational Marcos loyalism is fueled by Ilokano migration to Hawaii. Almost 80% of all Filipinos in Hawaii are Ilokanos. The vanguards of this transnational Marcos loyalism are those who developed their consciousness in Ilocos. Pro-Marcos memories and affection will continue with the continued migration of Ilokanos to Hawaii. This loyalism will intensify both in Ilocos and Hawaii if Marcos Jr. wins the presidency in May. His victory will not only be seen as a vindication of the Marcoses and all their loyal supporters who have faithfully stood by them all this time. It will be seen as restitution for all the injustices they suffered. – Rappler.com