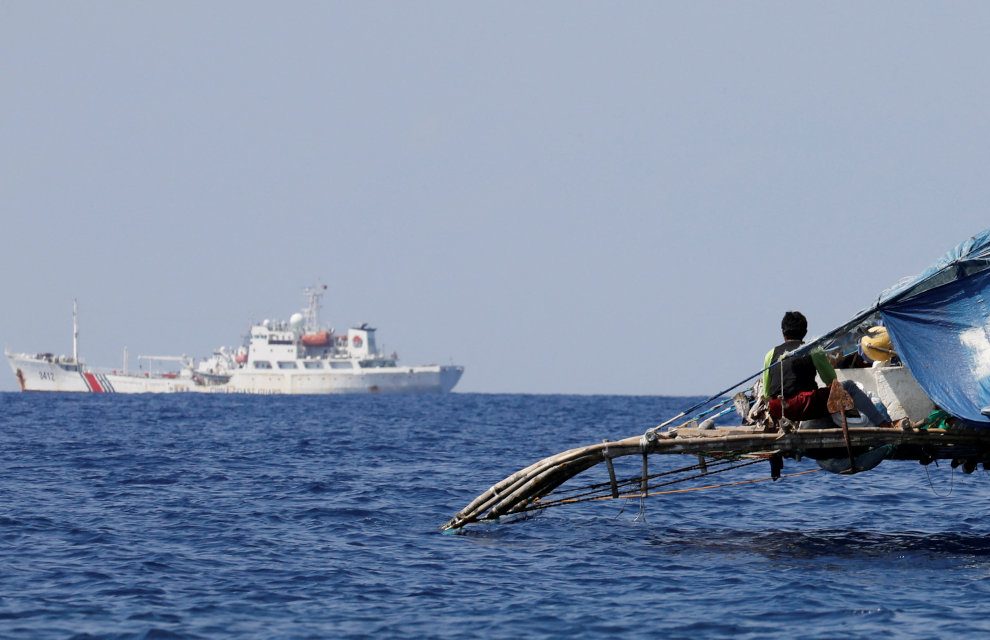 Facebook Twitter Copy URL
Copied
A US defense officials says there had been 'dozens' of incidents in the first half of the year involving the Chinese military in the South China Sea, a sharp increase over the past five years

WASHINGTON, DC, USA – The United States on Tuesday, July 26, accused China of increased “provocations” against rival claimants in the South China Sea and said its “aggressive and irresponsible behavior” meant it was only a matter of time before a major incident or accident.

Jung Pak, deputy assistant secretary for East Asia at the State Department, told a US think tank there was “a clear and upward trend of PRC provocations against South China Sea claimants and other states lawfully operating in the region,” referring to the People’s Republic of China.

She told the Center for Strategic and International Studies Chinese aircraft had increasingly engaged in unsafe intercepts of Australian aircraft in international airspace above the South China Sea and in three separate incidents in the last few months had challenged marine research and energy exploration activities within the exclusive economic zone of the Philippines. Speaking later at the same event, Ely Ratner, assistant secretary of defense for Indo-Pacific Security Affairs, said there had been “dozens” of incidents in the first half of the year involving the Chinese military in the South China Sea, a sharp increase over the past five years.

“Beijing is systematically testing the limits of our collective resolve,” he said.

“In my view, this aggressive and irresponsible behavior represents one of the most significant threats to peace and stability in the region today, including in the South China Sea. And if the PLA continues this pattern of behavior, it is only a matter of time before there is a major incident or accident in the region,” he said, referring to China’s armed forces.

The comments came ahead of an anticipated call between President Joe Biden and Chinese President Xi Jinping this week, which is expected to focus on ways to prevent the growing US-China strategic rivalry veering into conflict, particularly over the self-ruled, Chinese-claimed island of Taiwan.

They also came ahead of meetings of Southeast Asian foreign ministers and partners, including the United States, next week in Cambodia.

China claims nearly all of the South China Sea and Pak called the claims “expansive and unlawful.”

She said China’s “provocative actions” to implement such claims “contribute to regional instability, damage the economies of other claimant states, undermine the existing maritime order, and threaten the rights and interests of all nations that rely on or operate in this vital waterway.”

Pak said Washington had a “very complicated relationship with Beijing” and was not trying to counter everything it was doing in Southeast Asia and the rest of the developing world. “We want to make sure that countries, as they have their relationships with Beijing, have the tools and the power, and the and the ability to stand up for their autonomy and their sovereign decision-making,” she said.

Chinese foreign ministry spokesperson Zhao Lijian said Pak’s comments were a “complete reversal of black and white” as China and other countries from the ASEAN regional bloc were committed to maintaining peace in the South China Sea.

Zhao told a regular briefing “certain individual major foreign powers”, without specifying any, were the real threat to regional peace by trying to maintain “hegemony” by building up military forces. – Rappler.com