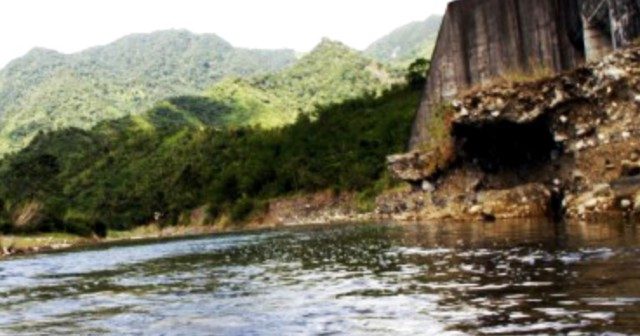 Facebook Twitter Copy URL
Copied
The Kaliwa Dam would cost P12.2 billion to build, with 85% set to be funded by China and the remaining 15% to be shouldered by the Philippines

MANILA, Philippines – The water crisis in Metro Manila could have been avoided if past administrations had pushed for the construction of the Kaliwa Dam, said Finance Secretary Carlos Dominguez III on Wednesday, March 13.

“Absolutely. Had [the dam] been done before the water crisis, this had been much less serious or much less of a threat,” he said.

Dominguez told reporters that the bidding for the project is well on its way.

“I’m sure the MWSS (Metropolitan Waterworks and Sewerage System) will urge the contractors to move faster than originally planned,” he added.

The Kaliwa Dam would cost P12.2 billion to build, with 85% set to be funded by China through official development assistance. The remaining amount will be shouldered by the Philippine government through the MWSS.

The contract with China was formalized during Chinese President Xi Jinping‘s visit to Manila in 2018. (READ: China’s promises to PH)

The dam will be constructed by Beijing-run China Energy Engineering Corporation in the municipalities of General Nakar and Infanta in the province of Quezon.

It is expected to supply some 600 million liters of water per day to Metro Manila. (READ: Manila Water on the hunt for new water sources)

The project was initially planned to be a public-private partnership endeavor in 2014, under the Aquino administration. However, the financing scheme was changed during the Duterte administration.

Local groups and environmentalists oppose the project due to its social and environmental impact on the community. (READ: [ANALYSIS] The economics of Metro Manila’s burgeoning water crisis) – Rappler.com