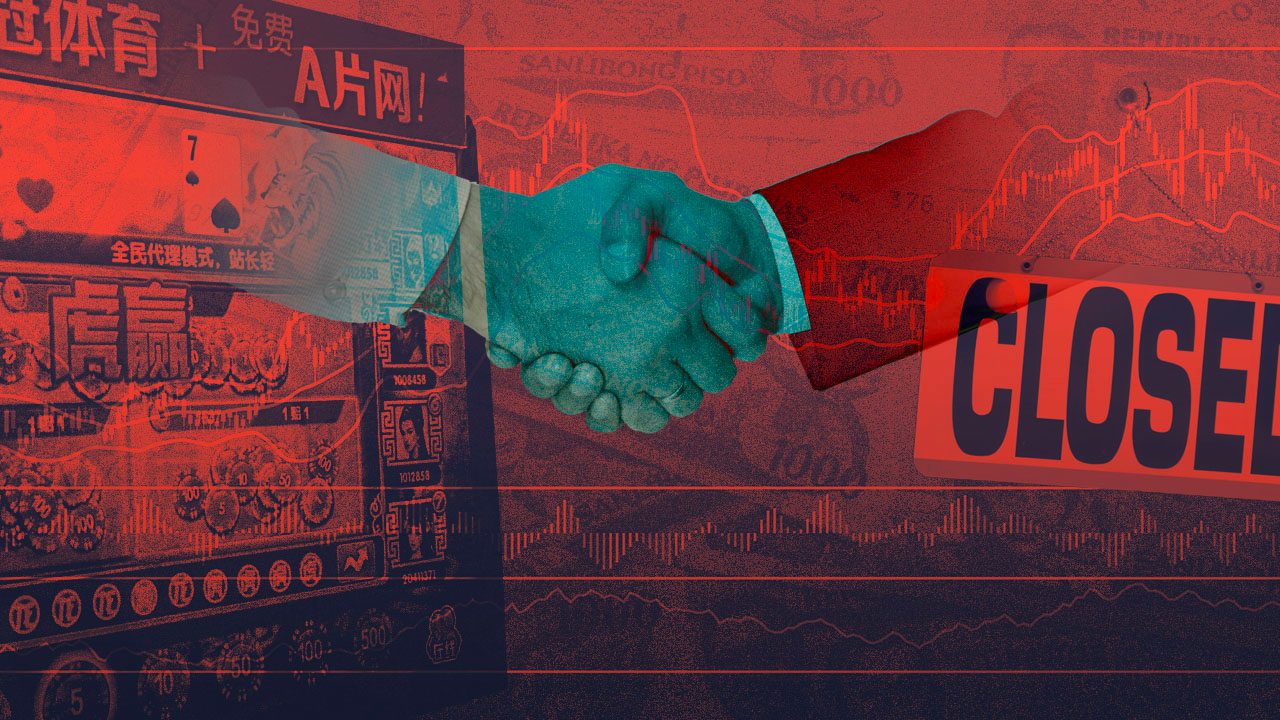 MANILA, Philippines – When President Rodrigo Duterte vowed to crush the oligarchy in 2016, Roberto Ongpin was the first to get whipped.

Ongpin, who served as trade minister under Ferdinand E. Marcos, was forced to auction off 53.76% of his stake in PhilWeb, a supplier of electronic gambling software, after Duterte’s tirades caused share prices to fall by as much as 70%.

Duterte vowed to “destroy the oligarchs that are embedded in government” and put an end to online gambling.

Duterte painted himself as the enemy of the oligarchy, but his actions throughout his six years in office indicated that he either fell short of this promise or was protecting his own set of cronies.

The rise of POGOs

As Duterte sidelined Ongpin out of the gaming space, a new set of gamblers came out to play.

Following Duterte’s remarks against Ongpin, the Philippine Amusement Gaming Corporation (Pagcor) ended its 13-year contract with Philweb and effectively allowed the sale of gaming licenses outside special economic zones. The Philweb contract had essentially allowed it to enjoy a monopoly.

Pagcor regained its powers to sell licenses and open up the market to offshore gambling firms, including Chinese online gaming companies which they called Philippine Offshore Gaming Operators or POGOs.

The rise of POGOs became a national issue, as the influx of Chinese nationals gentrified cities by pushing up real estate prices. Incidents of alleged kidnapping, human trafficking, and bribery in the Bureau of Immigration launched a Senate probe. 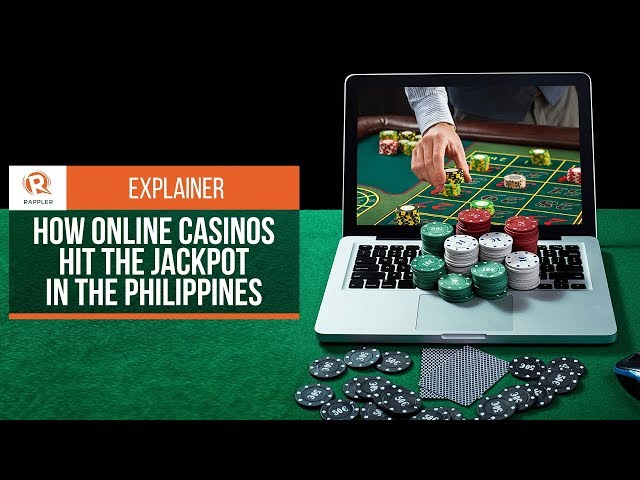 Coverage was so negative that China urged Duterte to put an end to POGOs.

It’s not just POGOs that saw a spectacular rise under Duterte. A little-known businessman from Davao became the new king in elite circles.

In a span of six years, Dennis Uy, who donated P30 million to Duterte’s campaign kitty in 2016, went on a buying spree for companies.

Uy also managed to bag the coveted frequencies for the country’s third major telco player despite having no experience in the telco industry.

Uy has repeatedly denied that he was able to buy these companies by using his ties to Duterte as leverage. As Duterte steps down from office, Uy now has to prove that claim.

Now, Uy is selling off his assets. He has given up his stake in Malampaya and sold assets in Clark Global City to a company whose purpose is to acquire debt-ridden companies. More assets are said to be up for sale. 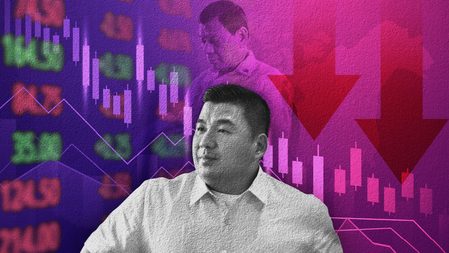 While some tycoons enjoyed perks, there were some that felt Duterte’s wrath – and rightfully so – for evading taxes.

In 2017, tobacco giant Mighty Corporation, led by the brothers Alexander and Caesar Wongchuking, coughed up P30 billion in settlement over allegations of using counterfeit stamps to avoid paying taxes.

“After the settlement, Mighty will no longer engage in the tobacco business. This will be the biggest tax settlement on record and will produce a windfall for the government which is significant because we need to face the unexpected costs of rebuilding Marawi and Ormoc,” Duterte said in his second State of the Nation Address.

The Philippine flag carrier paid up just around a month after the Department of Transportation threatened to close NAIA Terminal 2, which is exclusively used by PAL.

The government was also able to scoop up P3 billion from tycoon Manuel V. Pangilinan, as well as frequencies from his PLDT, at no cost.

In 2011, PLDT and the National Telecommunications Commission (NTC) agreed that PLDT would get compensation for the frequencies of Cure (Connectivity Unlimited Resource Enterprises). But Duterte didn’t want to give this compensation, saying that since Cure’s frequencies were provided by the government for free, it should not cost the government anything when it wanted them back.

Pangilinan returned the frequencies to the government, which were then assigned to Duterte’s longtime friend Uy. Uy’s Dito Telecommunity was the lone company that qualified for the bidding.

While Duterte got some billionaires to pay up, the business community questioned his crass methods and even outright disregard for due process.

In the cases of Pangilinan’s Maynilad and then Ayalas’ Manila Water, Duterte threatened to cancel their concession agreements due to the water crisis.

The two companies eventually gave up their claims and had their respective concession agreements revised, resulting in lower water rates. Business circles questioned the manner how this was done.

It was these two companies that overhauled the dismal water system of Manila when it was managed by Metropolitan Waterworks and Sewerage System. The concession agreement was also a result of the government buttering up the deal, since no company at that time wanted to undertake such a tumultuous task. (READ: Risky business: Why gov’t made sure Manila Water, Maynilad would earn)

But perhaps what shook the business community was the shutdown of media giant ABS-CBN over alleged tax issues and supposedly pocketing Duterte’s cash despite not airing his campaign ads.

Even after the Bureau of Internal Revenue cleared the network of any tax deficiencies, a Congress packed with a “Duterte supermajority” blocked ABS-CBN’s franchise renewal.

ABS-CBN off free TV created a domino effect, resulting in job losses in the creative and advertising industries amid the coronavirus pandemic.

Duterte wielding his ability to influence who to tax and which companies or individuals get the hammer was a recurring theme throughout his presidency.

In the case of the economy, his economic team pushed for tax reform.

Through the leadership of Finance Secretary Carlos Dominguez III, Duterte was able to push for the Tax Reform for Acceleration and Inclusion or TRAIN Law, which lowered personal income taxes, but increased taxes on oil and sugary drinks.

But studies by researchers at the Philippine Institute for Development Studies (PIDS) showed that TRAIN worsened the plight of millions of Filipinos.

PIDS researchers found that TRAIN exacerbated Philippine poverty by 0.26 percentage points even with the cash transfers in place. Income inequality also likely worsened due to TRAIN.

“TRAIN is often criticized for its perceived negative impact on the poor. Mainly, that implementing TRAIN will lead to higher prices. Yes, adjusting excise taxes would raise prices of some commodities faced by consumers, but it will be minimal and it will be temporary,” Socioeconomic Planning Secretary Karl Chua said in 2018.

“The economy and the people are more resilient than naysayers would have us believe. History has proven this to be true,” he added.

Despite TRAIN, the government has consistently failed to meet revenue targets, leading critics to conclude that Duterte’s economic team spent little time in widening the tax base.

Meanwhile, Duterte’s economic team was able to push for the Corporate Recovery and Tax Incentives for Enterprises (CREATE) bill, which lowered income tax rates paid by corporations from 30% to 25%, followed by a gradual reduction to 20% by 2027. It also rationalized tax perks.

The premise of CREATE is this: With fewer taxes to pay, corporations are expected to use their tax savings to hire new workers and expand their operations – a classic example of trickle-down economics.

These assumptions have yet to be realized, as companies remain cautious in a gradually opening economy.

What Duterte is leaving behind

While Dominguez would be bowing out alongside the chief executive on June 30, it is widely expected that president-elect Ferdinand Marcos Jr.’s economic team would pick up on the remaining goals of Duterte and emulate their liberal strategy of running the economy.

After all, Marcos chose central bank governor Benjamin Diokno – Duterte’s former budget chief – to head his economic team. Dominguez and Diokno share many similar views about the economy. (READ: Diokno on high fuel prices: ‘We should be less of a crybaby’)

Dominguez and the Department of Finance have enumerated suggestions in his fiscal consolidation plan, which include new taxes, pushing for the remaining tax reform packages, and maintaining prudent spending.

“Pursuing the fiscal consolidation and resource mobilization program as proposed will help us continue to spend on socioeconomic programs, maintain our credit ratings, and grow out of our debt,” Dominguez said.